Defined: This is the name of the newspaper, also known as a wordmark or the logo. One important aspect of nameplates is that they should be timeless; they also typically suggest a feeling of authority.

Critical Observation: The Washington Post effectively makes use of its nameplate by reserving the entire top of the page for it; this design element suggests a sense of authority by the newspaper and creates a consistency for readers. I also think the font choice, which is ornate like many other newspapers, gives the newspaper an older feel. However, to appeal to a younger audience, this particular design choice might not draw in new readers.  I also think by leaving the nameplate uninterrupted by other texts, it gives the newspaper title a feeling of importance, as if reading the name of it sets a mood for the entire paper. 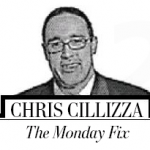 Defined: This is a simple graphic component with some personality; it’s a broad term that may mark the design of column writers, section titles, etc.

Critical Observation: One particular sig used well throughout this publication marks the writer of recurring columns. Basically, the head of the column writer and the writer’s name is designed and placed above the text; by doing this, readers are able to familiarize themselves with and form a closer relationship to The Washington Post because they’re able to both visualize the writer and expect the same design element week after week. 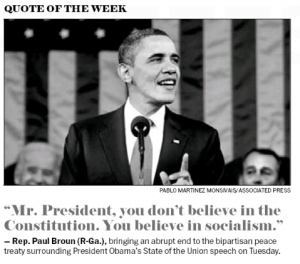 Defined: A graphic treatment of a quote, which should be attributed.  This quote should stand out from the article and actually represent the article; the design must feel like it’s different from the piece.

Critical Observation: A unique quote appears in this newspaper each week and is labeled as the QUOTE OF THE WEEK. I think this stands out among other publications because along with the quote is the name of the person who said it, and a description of the quote to give readers context. It also is accompanied by an image, which further sets up the reader to understand the quote’s meaning. Though I don’t think the design of these quotes of the week are necessarily unique or extravagant, I think the simplicity of it and the organization of the information lets the quote speak for itself. 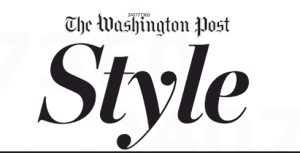 Defined: A regularly appearing section, which cues readers about where they are in the paper and what they’re reading.

Critical Observation: I appreciate how The Washington Post makes use of its section flags; however, after being exposed to other innovative magazines, I believe there’s room for more design appeal regarding these headings. With that said, I still find it easy to navigate the newspaper because these section flags clearly cue where I am, and I specifically like the design of the Style section because it gives it more of a light-hearted, magazine emphasis. 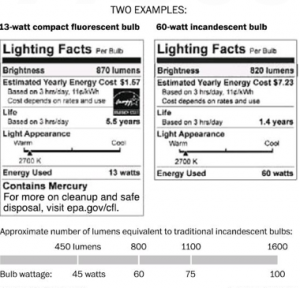 Defined: A small story the accompanies a main story

Critical Observation: In this Monday’s issue of The Washington Post, I’ve recognized that sidebars are being used represented by infographics. Personally, I think this is great because, much like very short articles, infographics tell a story, and sometimes in a better way. I think these are also helpful because if a reader only wants a quick scan of the article, this type of sidebar visually complements and expands on the same points being made in the written content.

Defined: Also known as captions, a cutline is the written line that goes under a printed picture. Note: It shouldn’t simply tell the reader what the picture looks like.

Critical Observation: After realizing cutlines should give readers insight about the image being explained, I’ve determined that The Washington Post follows this rule. Throughout the paper, cutlines are limited to one line, which help the reader digest the important information quickly. For instance, in an image depicting Egyptian soldiers and protesters, the cutline reads: “Egyptian soldiers try to reason with protesters in Cairo’s Tahrir Square. Protesters on Sunday held aloft a banner reading, ‘The army must choose between Egypt and Mubarak.’” Though the actual picture didn’t show this banner, I believe it’s an important component to the story and by incorporating it, I feel readers can get a stronger sense of the rage and seriousness of the event. 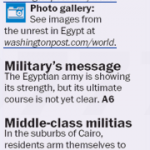 Defined: It’s a written line or paragraph similar to promos and, they’re intended to connect readers to related stories.

Critical Observation: Screens are used throughout this publication to identify different refers. By using screens, readers know certain text is separate from the article; and more specifically, by using screens to embody story refers, readers are clearly directed to different parts of the newspaper where they can receive more in-depth coverage on a certain topic. The Washington Post doesn’t just direct readers to other articles in the newspaper, however, it also links them to the website and photo galleries related to the topics. This is effective because it encourages readers to interact and become involved in the story more.

Defined: Line of type indicating the writer of the article or the photographer of the image. Usually bylines are placed above the article and credit lines appear below or on the image.

Critical Observation: By centering the bylines, The Washington Post suggests a sense of respect for the writer; not to say the name of the writer is overly significant, but to show ownership of the article. Some newspapers seem to design carelessly the byline, but this newspapers design choice is clean and sophisticated. Regarding the credit lines, these also have a modern touch; however, I feel these are more hidden with a smaller font. I think a message is being sent regarding the status of the writers and photographers at this newspaper, and perhaps it’s not a fair message, or it may simply be an example of how newspapers follow what other newspapers are doing.

Defined: Like rules, boxes are intended to delineate information by blocking it off and organizing it.

Critical Observation: This newspaper incorporates boxes sparingly while it uses rules more. I find this to be like other publications because sometimes boxes could discourage readers from looking at other articles and it could make the design to chunky. Though I believe modern designs effectively organize information, I also think they sway away from making print look overly structured and boring. Thus, I think by using boxes sparingly, The Washington Post is in line with a more modern take.

Defined: This is a design element, which pushes certain text out to wrap around a photograph or other graphic.

Critical Observation: I think this design technique adds a lot of appeal to articles and draws readers in. With that said, I also think The Washington Post doesn’t make use of this element enough. After flipping through the publication, I have found very few examples of wraps. Perhaps this choice is made because the newspaper isn’t looking to diverge too far from the conventional design systems. But by not taking risks and incorporating this interesting looks, the newspaper may also be restricting its ability to evolve with new media.