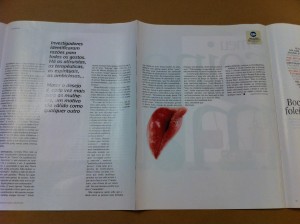 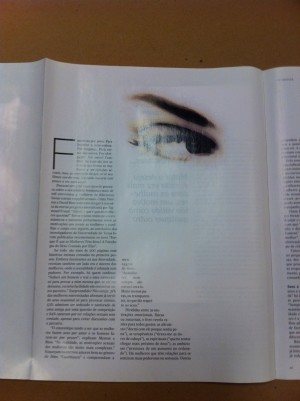 Normally, we see text placed so it makes an image.  Rather, this uses the white space to create the two shapes of heads.  We also know this because of just the eyes and lips being strategically placed.  This is from a paper that is located in Madrid, Spain. 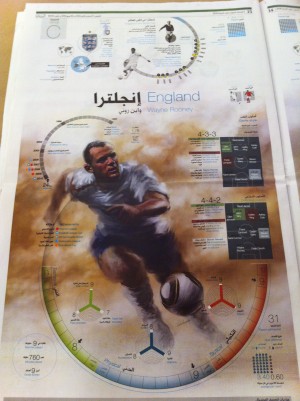 This is from an Arabic paper called Al Bayan.  The image above came from a special section about the World Cup and it won a silver medal.  All I can say about this illustration and infographic is wow.  There is so much emotion and useful information in just one thing. 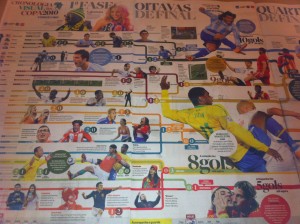 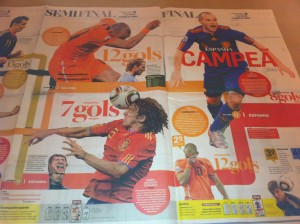 This is a crazy infographic about the World Cup.  It may look insane and hard to follow in these pictures; but in person, the information was actually pretty easy to decipher. 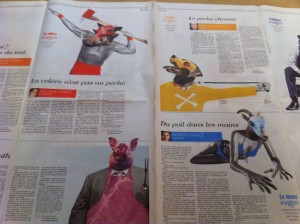 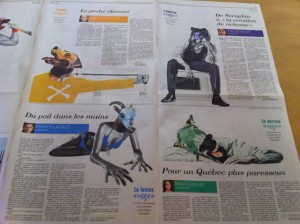 This is from a French paper and is illustrating the seven deadly sins.  This caught my attention because the graphics were unexpected and each sin had its own color scheme. 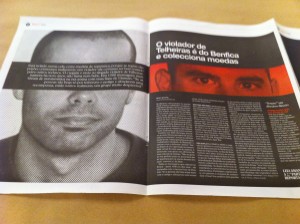 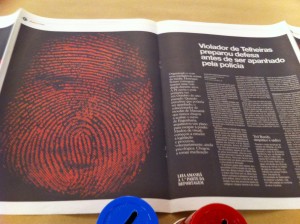 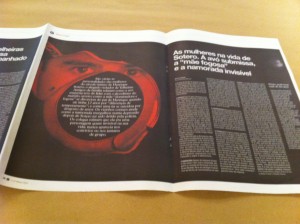 This is from the Portuguese newspaper Expresso and explores the psychological aspect of a serial killer.  What took me by surprise was the entire thing was in reverse.  This is just not something that is seen often.  Also, the color scheme is incredibly simple yet extremely powerful.