Photography, in my opinion, is something that the National Post excels at. Every major stories is accompanied by some kind of visual feature. Instead of using photos as just another part of the story or an accessory to a good piece, oftentimes the visuals are the largest, most dramatic parts of the Post’s stories. This newspaper is anything but traditional and the editors use visuals as a creative release. Often, the photos are even replaced with drawings, like today’s issue: 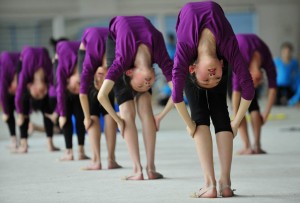 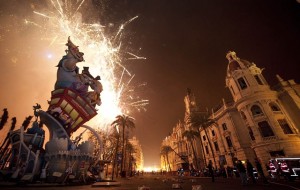 If the Post isn’t going to drama, it seems to go for a little bit of humor or irony. 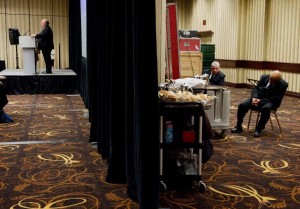 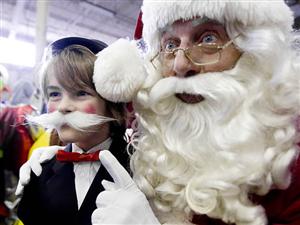 The National Post seems to lean toward photos taken at a distance. The effect, however, is not that the audience feels far away and disconnected but, instead, the audience actually gets a unique perspective from every photo. Like the photo above of the man giving a speech, the Post allows readers to see things from a perspective most people probably wouldn’t even think of.

Also, the images featured in the Post almost always contain people. There are exceptions, but even the illustrations that appear frequently in the weekend editions try to incorporate faces.

For the most part, the photos are not manipulated into odd shapes or tinted in unique ways. Rather, it is the content of the images that really stands out. The National Post is not a paper that relies excessively on photos, but the photos it does include are not wasted. They always make a statement of some kind.

When it come to size, the Post tends to stick to the traditional layout with one large photo on most pages accompanied by other, smaller photos in other stories. But if there is one thing the Post does especially well, it seems to be breaking their own rules. While a normal Tuesday edition might look like this: 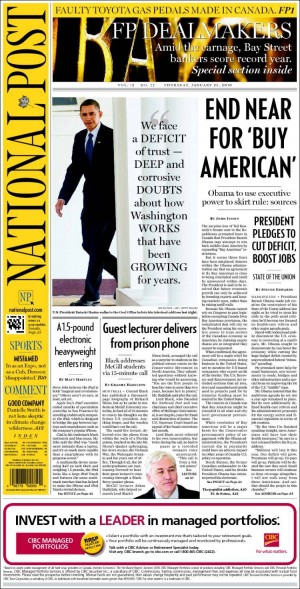 It is not at all unusual to see a weekend edition that looks like one of these: 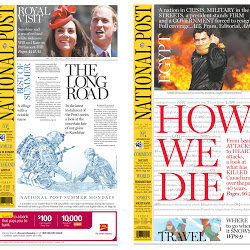 The National Post shies away from things like superimposing images on top of other images, but it is not afraid of incorporating text into its illustrations. While it usually lets photos speak for themselves, text is often part of the image on weekend edition illustrations. Also, some stories feature one major image, but most big stories require two; a large image placed at the top of the story and another smaller image located closer to the bottom of the page.