Mother Jones utilizes the same types of images in their publication from issue to issue. They make use of a variety of illustrations for a lot of their visuals, but their photos aren’t as diverse. Photos are used in nearly every story; most are portraits of the subjects. 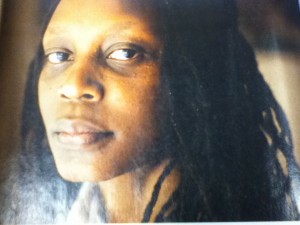 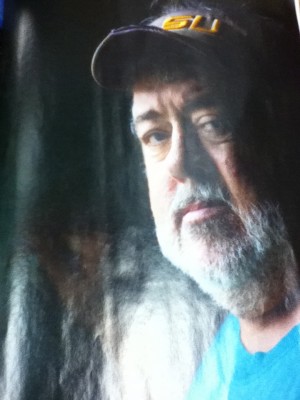 Particularly in the features, the portrait shots are close-up. In every issue, the main feature has a large photo that bleeds across two pages. It is distinct in its consistency, and also because it is the only photo of that size, it distinguishes the story for the reader. Nearly every lengthy article has a medium to close-up picture of a subject. The colors range from warm and dark to bright, depending on the topic. 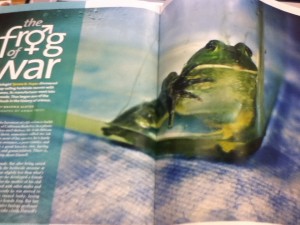 Mother Jones doesn’t make use of many action shots. In most photos, the subjects are in passive mode. The publication also uses a lot of scenery photos, of background and stationary places and objects. They tend to place photos in close proximity of each other in the features. This works well some times and at other times isn’t quite successful because of the amount of text they have. Many of the pieces are lengthy and having more photos spread out would do well for the readers’ eye. 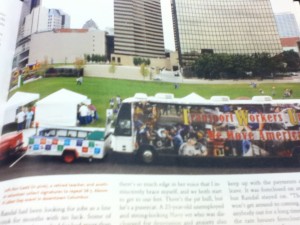 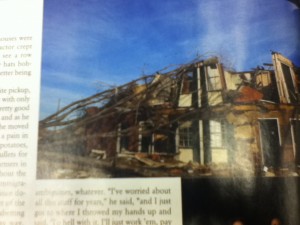 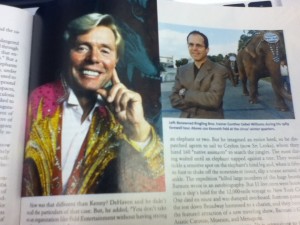 Photos usually are not super imposed, nor is text placed on top, unless it is a main story (i.e. centerfold article). Other than that, images are not very prominent or powerful.  They mostly balance out the amount of text but don’t always tell stories on their own. Cutouts are rarely used, but if they are they are usually at the front of the book in the “OutFront” section. 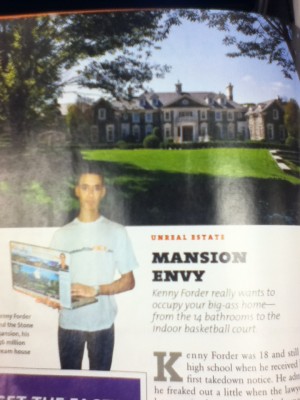 Mother Jones would be able to draw readers into their stories by using more powerful images rather than simple straight shots of their subjects. If one were to just flip through the pages, it is rare to come across an image that really stops the reader and grabs you to read the accompanying story.