Although I often berate (and at the same time—praise) the paper for its modern and (as always) traditional feel, I think that The Guardian’s use of photos is actually quite appealing. That being said, the paper doesn’t always select the best photo to run on the front page or to accompany a story. But, luckily when modernizing the publication as a whole, the paper brought its images with it.

The content and style of the photos are (almost always) based on people, often in some sort of action shot. Although the paper is not afraid to take portrait-style, planned shots. And, the paper does use a mix of photos from the AP. The Guardian generally, almost always, used photos of people—and the photos are always engaging and showing some sort of emotion and action. Usually, photos aren’t cropped or artistically manipulated. I only really ever see photos left in square, modular packages on the page.  The photos don’t usually have text on them or anything seriously special happening to them. 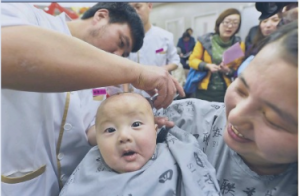 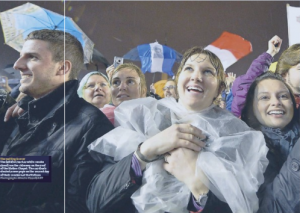 I think that it also helps because most of the publications photos are wide, so there is room for a lot of action and faces (although, the front page—and additional pages—occasionally use tight, one-person photos). And because the photos are wide, the images often take up a sizable amount of the page. 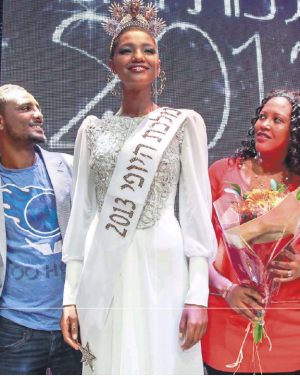 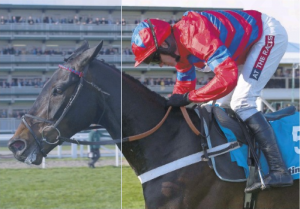 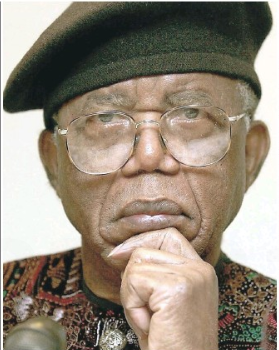 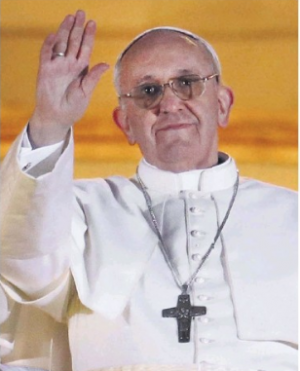 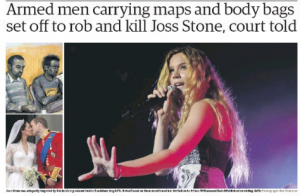 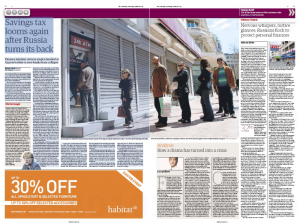 Usually there will be one or more photos on a page that vary in size and content. And, like I said, most photos contain people, occasionally, there sill be static image. But, I found that when the paper does use static images, they’re still entertaining. For instance, the two photos below focus on the snowstorm that Britain is in the middle of. The images (even though the one has a man in it) nicely grab the subject matter and elevate the meaning to the readers, and I find that many of The Guardian’s photos do this. 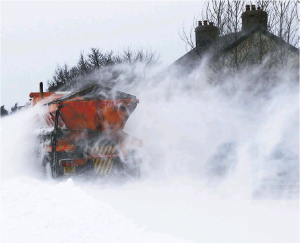 Though the paper often uses photos to make its point when accompanying a story, occasionally the paper will use an illustration to get its point across visually. 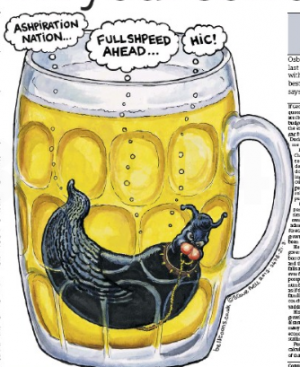 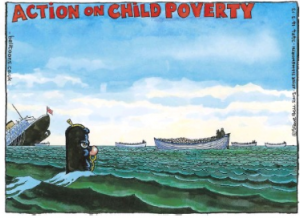 I am really kind of amazed at how well The Guardian uses photos. And though I am unimpressed with the lack of artistic energy that the pictures don’t donate to these photos, I think overall, sticking to the newspaper format that the pictures hold their own within the paper. Every image is in color and the photos vary on each page enough that its keeps flipping from page to page interesting. The photos, for the most part, also tend to have a rich vibrancy about them. The photographers really have a good eye for color, I think more than any other photography element. As I said, I think that some of the photos that the paper chooses to run tend to come out a little flat and weak, but for the most part, all images are generally engaging. All of the above being said, this paper will have the surprise inclination to something crazy (well, crazy for a newspaper). I would never put it past The Guardian to try any new combination of effects on pages, photographs included.

Also, check out this two page graphic that took up the whole spread! 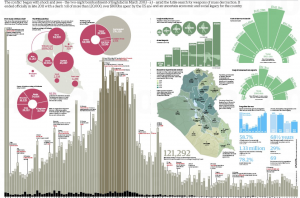