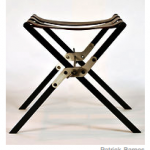 I utterly lack expertise when it comes to photography. It’s funny that several photographer friends have failed to rub off on me. When I think about New York Times and photography, I can’t help but make a strong association to my friend Pat, whose photo appeared in The Times this past summer. The photo appears to be incredibly simple – it’s simply a straight shot of a luggage rack. He’s a very humble guy, but in asking him about what went into this one photo, I got him to reveal that that shot took days and days of shooting and almost a thousand frames. This little anecdote sort of represents the impression that I get of The New York Times’ photography: painstaking and excellent, from the smallest images to the most lavish front page or features photos.

The photos in The Times are superb, by my novice standards, though – especially after the SND judging – I don’t think they are the country’s or the photography world’s most outstanding. The Times often uses wire services and stock images, too. 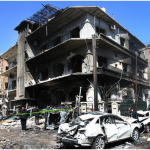 A typical Times photo, appearing large on the page, in color, as a rectangle, no overlapping images or text.

As far as placement and design around photos, The New York Times almost always places its images as rectangles. Occasionally, photos overlap or superimpose, but there isn’t a whole lot of experimentation in this vein. Sometimes, type appears over an image, but this is only a practice in features or sections other than news.

There is a wide variety of the subjects’ activity. Many are active, while there are still plenty of people in profiles or still images that are very passive. Generally, my obversation is that the trend is toward faces in the composition of the photos – many of which are passive, shown in their environments but posing. Check out more of these photos. 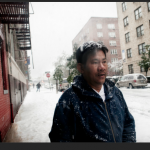 In features and other section, photos usually accompany each article. This is especially the case with color pages. Generally, I think The Times really tries to strategically use color with photos as often as possible. It seems that they situate their stories with this in mind. Particularly, if a story has more than one photo and lends itself nicely to the image, this story will be placed on a color page. 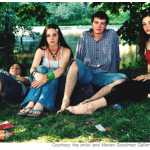 One of many images which accompanied an article on a photographer's project aiming to portray youth.

It is often that multiple photos appear with stories. This is the case in the Arts & Leisure section, for example, where art is the centerpiece and the subject. Since the subject is photography itself, the page is dedicated equally to images. Other arts stories do the same, letting the “art” speak for itself, whether it is photography, graphics or works of art directly – or images of performance art, musicians, etc.

When The Times uses several photographs with a story, I think it cleverly gives a variety of compositions, whether the tightness of the shot is switched up, the mode, or the orientation. In the print version of the 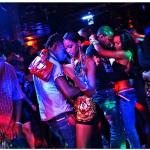 photo to the right, a large horizontal shot of the city rests above the photo here. Wide shots are just as frequent as tight ones.

Tighter shots are often stock art and help to reveal an idea or concept rather than to literally give “the bigger picture.” These tight stock photos are usually smaller, clean images and not given big play on the page. There are also some uses of tight shots that are very effective and evocative, like this one accompanying a story on a 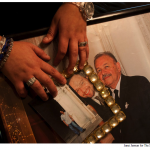 As I mentioned, The Times likes to use multiple photos with stories. Obviously, this allows for a lot of variation in size, too. Generally photo size does not exceed the space that the words take up, but that space is often matched. On the Sunday Business page, a photo almost always takes up the entire top fold of the section, an interesting technique for a business section. There are other instances in which photos are played up a lot, too. 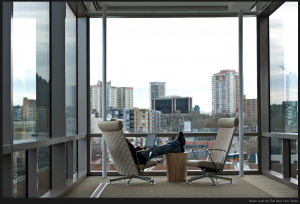