Typography is extremely important as a typeface helps complete the image for a magazine. The main typeface for Real Simple is ‘Sharp Grotesk.’ This typeface is sans serif and used for the nameplate and folio. It is also used for all headlines, cutlines and pull quotes.  After much research, the Real Simple typeface was changed to ‘Sharp Grotesk’ after a redesign of the magazine. The changes were made under the Art Director Geraldson Chua, and the Designer Director Danielle Jones according to Sharptype.co. 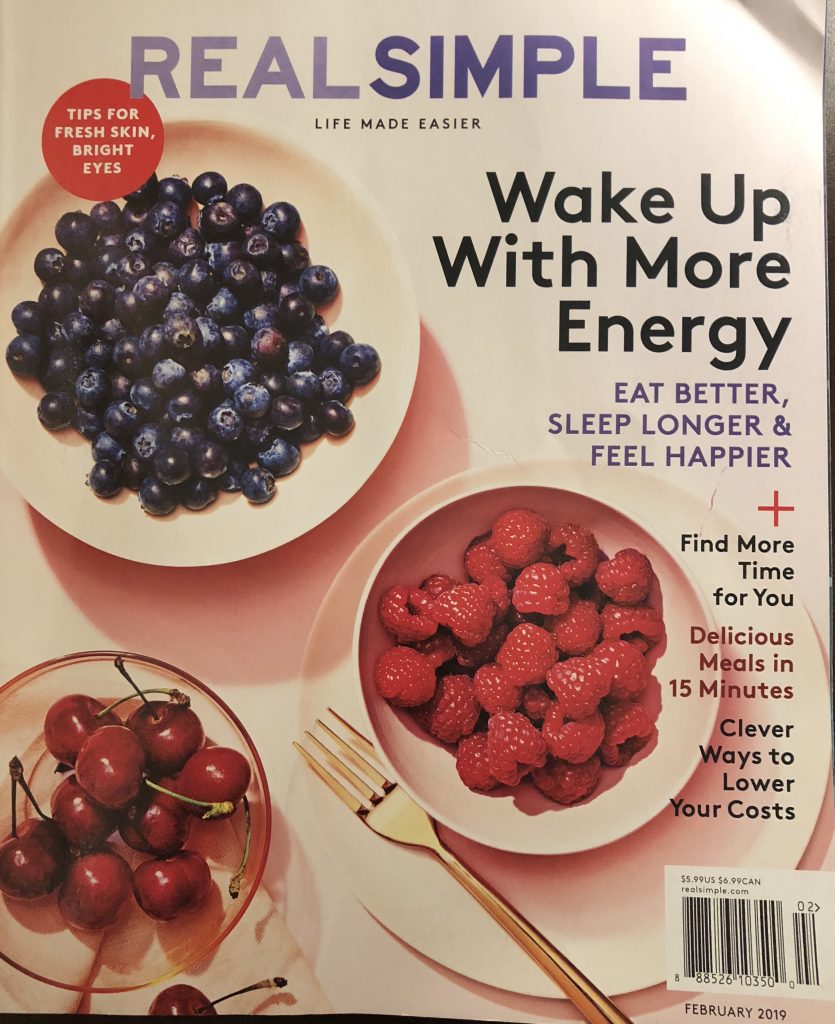 The February 2019 cover of Real Simple Magazine with the typeface Sharp Grotesk.

Most of the stories in the magazine are in the typeface ‘Sharp Grotesk’ as mentioned before. For feature stories, the typeface is a serif font which makes for an easier read. The typeface for the serif font is ‘Georgia.’ A simple typeface that is easy and clear to read. 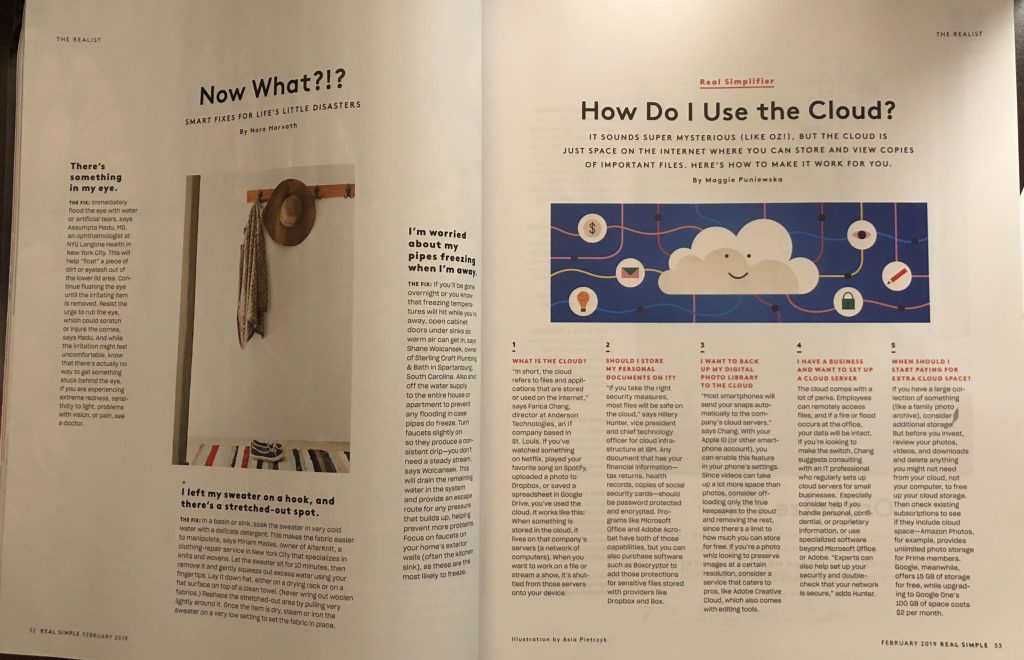 An example of the typeface Sharp Grotesk in use in the February 2019 Real Simple issue. 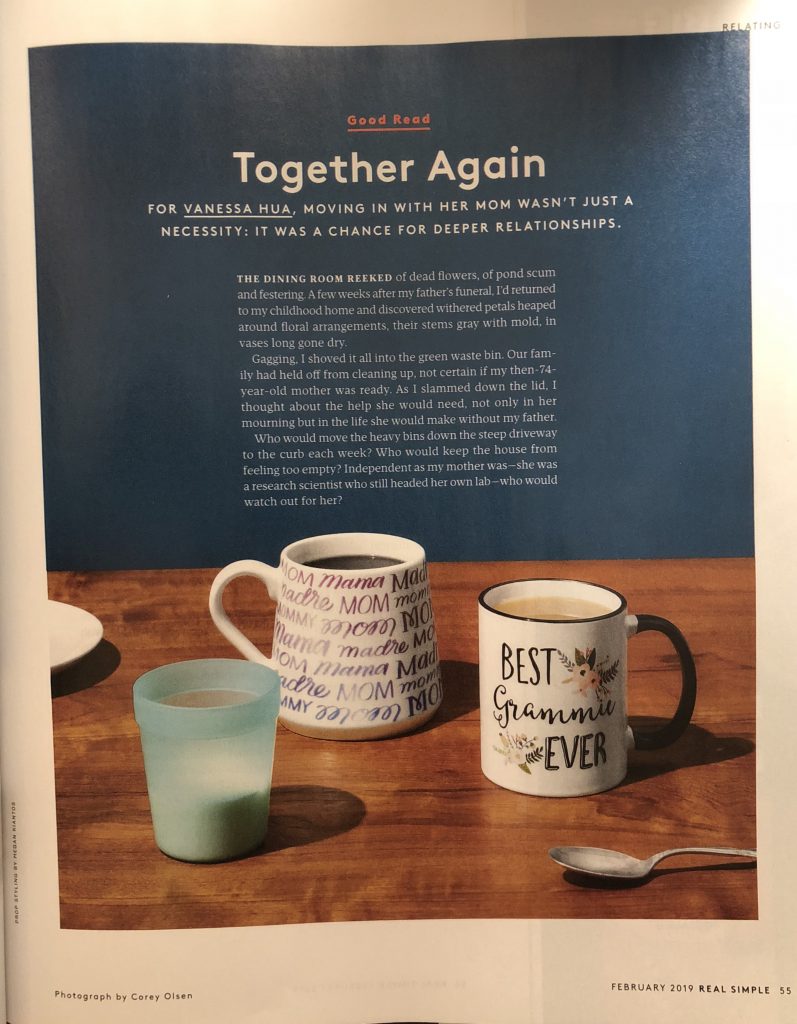 Example of the beginning to a feature story. 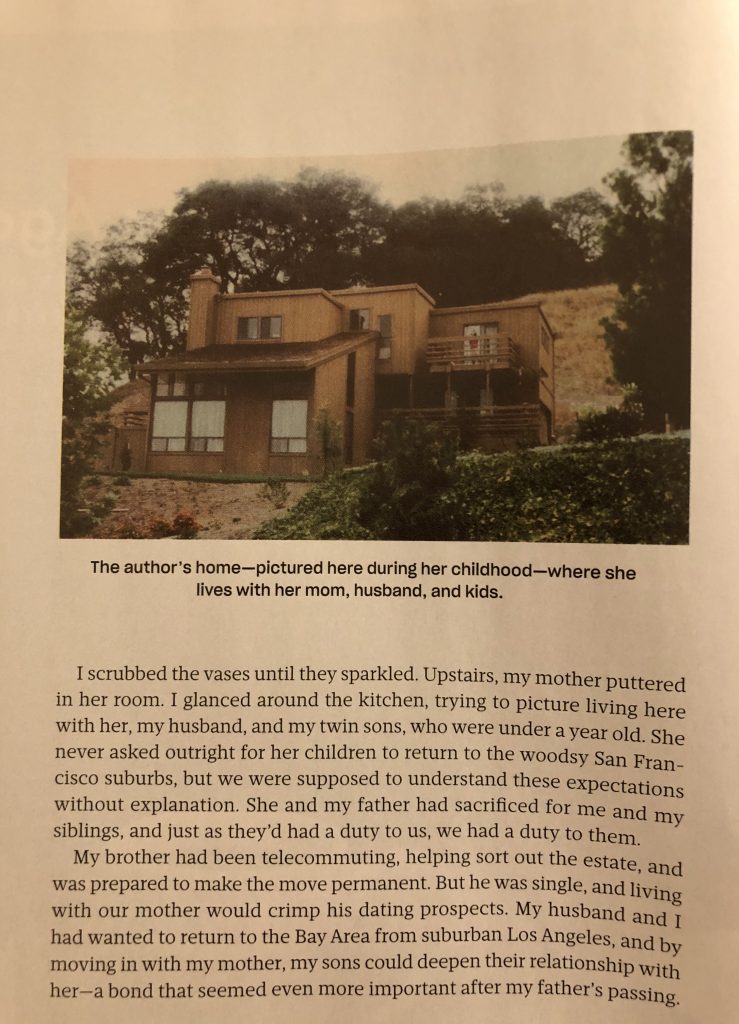 A closeup example from a feature story with Georgia typeface. 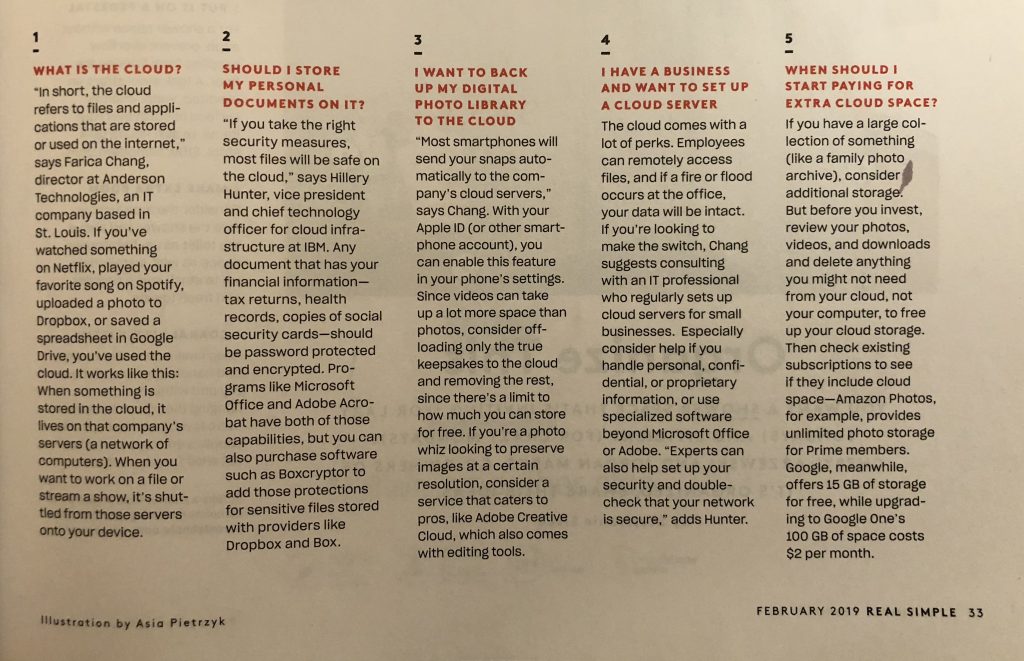 A closeup example of a short-form story with Sharp Grotesk typeface.

As previously mentioned, all headlines and cutlines are in the typeface ‘Sharp Grotesk.’ This typeface is very simple to read and has a variety of weights that can be used. Most of the headlines, including the nameplate, are in a bold weight. The body copy and cutlines are often in a medium or light weight. The magazine does not seem to change from this.

Since the magazine does not seem to steer away from the main typeface, it is confident to say that the typeface is a large part of the magazine. The typeface is memorable, clear, simple and crisp. This typeface gives a reader a sense of friendliness, cleanliness, and directness. As for the size of the typeface, the size varies from each story. Most of the headlines and cutlines range in size. The only thing that remains the same size is body copy. As the magazine is geared towards busy women who are seeking simple ways to do things, the typeface was most likely chosen due to the lack of extra detail. With a serif font, the extra detail from the decorative strokes may be too abrupt and formal.