When I first saw the front page of the National Post a couple of weeks ago, I was struck by how good it looked. This Canadian newspaper seems to have a great grasp of how to use things like color, grid and variety to turn what could easily be a boring word-filled page into something that could almost be framed and displayed on a wall. 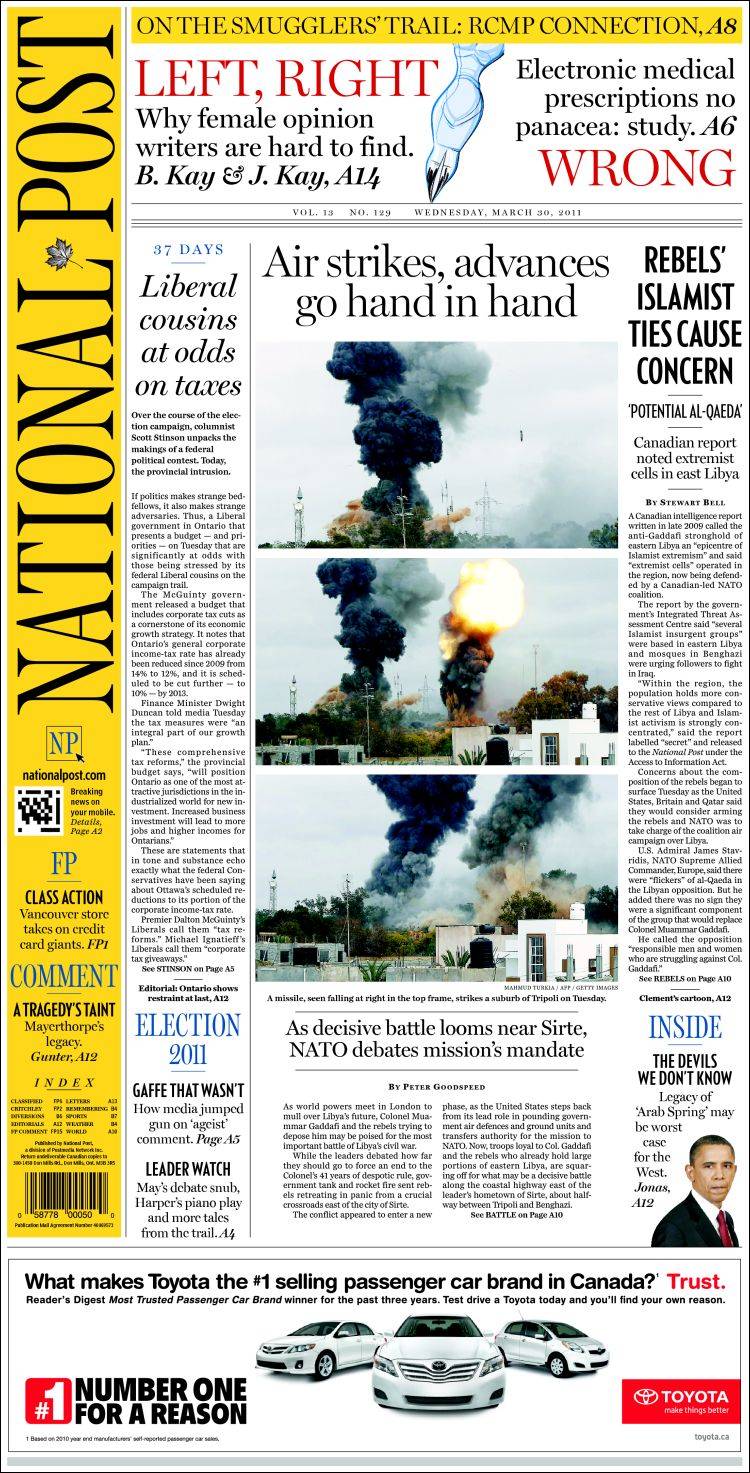 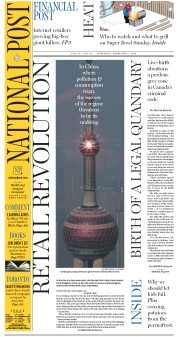 The National Post follows the large four-fold format of papers like The New York Times and The Post-Standard. Like these other papers, the National Post’s front cover features an attention-grabbing nameplate and a large featured photo, in addition to a primary headline. However, the National Post differs in that, for Sunday editions, about half of its most major front cover headlines are verticle, as with the nameplate, which is always vertical. Also, instead of using a unique typeface or font for the name of the paper, it is always highlighted yellow instead. This not only draws attention to the name, but it also creates a leading line for the eye to follow on the page.

The paper utilizes a 3-column grid that also allows for an additional row to serve as an attic large enough to include a photo or drawing along with text. Additional columns or rows are sometimes included within these three columns, but the three main columns are always discernable. The Post also follows a very modular design strategy which, with so much going in in so many different directions, really helps the reader follow the flow of information. 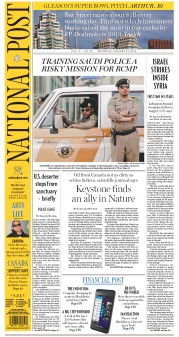 The National Post uses their front cover not only to inform their readers, but also to draw the reader in. Colors are used strategically sparingly in a way that makes the audience notice the most interesting parts of the paper fist. Photos are chosen that often feature human faces, something that often works to draw viewers in, and those that don’t depict people are well-shot in an almsot more artistic than photojournalism style. The paper also is known for swapping the main photo out with an illustration on many Sundays. This allows the Post the ability to interpret the news for their audience in a visual way. It puts a lot of the control in the hands of the illustrators and designers. While the other pages of the paper are also artistic and very visually appealing, the front cover is definitely the most bold. It is a statement that tells the reader what the editors and designers and publishers of the paper determine to be the most important and relevant information their readers should be aware of. It incorporates color (bold yellow and blues), shape (very geometric and boxy), space (a lot of white space draws the eye to the headlines), hierarchy (yellow=first, big photo=second, big, bold lettering=third) and balance (instead of letting the bright yellow column take over the front page, the large attic and main photo help to balance the page. Also, the columns help the paper appear organized and intentional) expertly.

The information is organized in a pretty traditional newspaper way. The headlines are located on top, or along the side, of their corresponding stories, and they never extend farther than the body text does, helping the information appear uniform and tidy. Even though this paper is very organized in appearance though, it has some modern attitude. Headlines like “Fandom: Chris Brown is violent and a misogynist, but his fans love him,” and “BB10 VS. The World” show that the newspaper is not trying to present boring, dry information to readers in a pretty way, btu rather that its bold forwardness extends beyond its physical appearance and into its content. The appearance of the paper signals to the reader that this paper is a modern, somewhat untraditional newspaper, and its content seems to follow suit. The papers visuals draw the audience in for a unique experience, and the content concludes it.