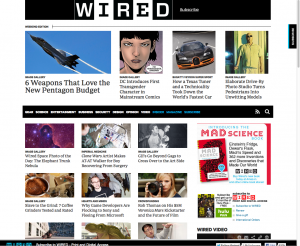 Wired.com is both its own entity and a major part of the Wired brand. Unlike the monthly magazine, the website features fresh content every day from a wide range of verticals/blogs distinct from the magazine’s departments, with its own set of editors. Visually it reflects Wired‘s established identity, using much of the same typography and color palette. For instance, headers like “Weekend Edition” are styled in the same way as they would be in the magazine. Black and white are also the most prominent colors, with blue as the main accent color, and other colors from the magazine’s palette as needed. 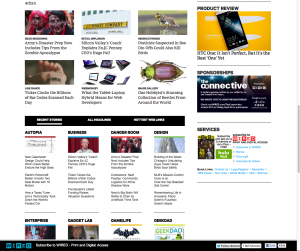 Scrolling deeper into the homepage reveals a bit more color.

Each blog has a different color associated with it, which feels a little much the way they’re featured on the homepage, a bunch of different colors next to each other. However, it doesn’t feel as chaotic when you go to each vertical’s page, where that vertical’s color is the only color used for accent. 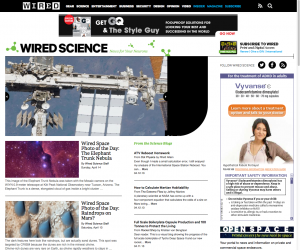 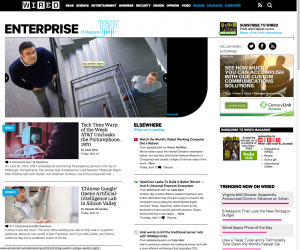 Each vertical’s color plays into its logo and is the main accent color within the section. 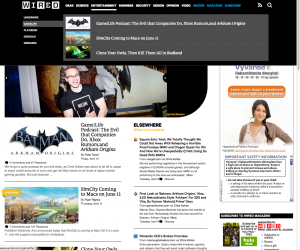 Navigation to the verticals comes from drop-down menus.

One thing I’m not really a fan of in the navigation is how they divide the verticals into broad categories, but there isn’t a page for those broader categories. Instead, each category is a drop-down menu of the different verticals collected under that category. 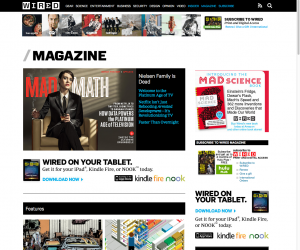 If you’re interested in reading content from the monthly print magazine online, there’s a page for that. It has a slightly different design from the other vertical pages, and setting it apart makes sense. However, it also devotes a lot more real estate to the different ways of subscribing to the magazine. 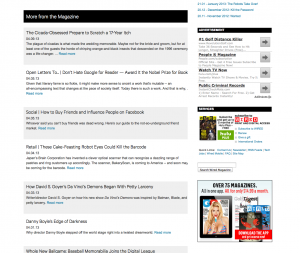 While the page for magazine stories is pretty visual up top, with photos to represent all the features, once you scroll a bit deeper it’s actually a really boring design, just a list of stories. I suppose the logic behind it is that magazine subscribers most likely wouldn’t be looking for those same stories on the website, so it’s not a priority, but I think it’s also the largest signifier of disconnect between the website and magazine content.