Zaman prints in 10 different languages. Though it is based in Turkey, and is dedicated to serving an Islamic audience, Zaman prints special international editions for the 35 countries it is distributed to. Zaman no longer prints an English edition (there is now a separate publication called “Today’s Zaman” in English), so my observations are done without being able to understand the words on a given page.

Headlines in the Zaman cannot be characterized by length. Some are short and to the point, while others are rather long, sometimes reaching three lines in length. Even though short headlines usually signal “importance” to me in the world of hierarchy, when Zaman uses longer headlines I can still tell which story is the most important. Subheads are used on A1, but only on the highest ranked story. They can be recognized because they stray from the normal type color and are often red or grey as opposed to black (or white if on a dark background). 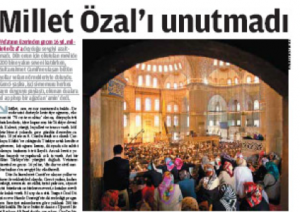 Zaman makes use of captions on most photographs. However, the largest photo on every page, is usually left without. Perhaps this is because the entire story is a “caption.” Bylines are also utilized, and they can be recognized because they are always followed by an arrow that resembles a drop-cap and signals the beginning of every story. 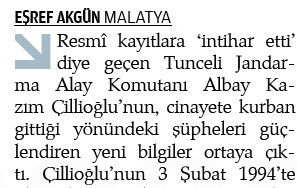 There are no pull out quotes on the cover of Zaman. They are used through out the inside pages, but they are used sparingly. The style is congruent with most newspapers, the pull out quotes are simply surrounded by a text-wrap. They are often rectangular and aligned left, though I find the occasional aligned right. One thing I notice is that if there are four stories on the page, usually only one story has a pull out quote. And it is almost always the story placed in a tall column down the right-hand side.

Zaman’s A1 uses a traditional promo approach. They are on the very top or the very bottom of the page. Almost every promo is accompanied by a graphic element, usually a photograph. This is where we have some playfulness, as sometimes the promos are  tilted and read diagonally.

Zaman uses the expected section names, “Business.” “Sports.” “Politics.” But each section is also assigned a color code. An arrow is placed at the beginning of each word ie. (arrow Business) (arrow Sports) etc, and it is an effective way to signal the start of something new.

Overall, Zaman is very easy to read. There are fewer stories on one page then you would see in a broadsheet American newspaper like the New York Times.