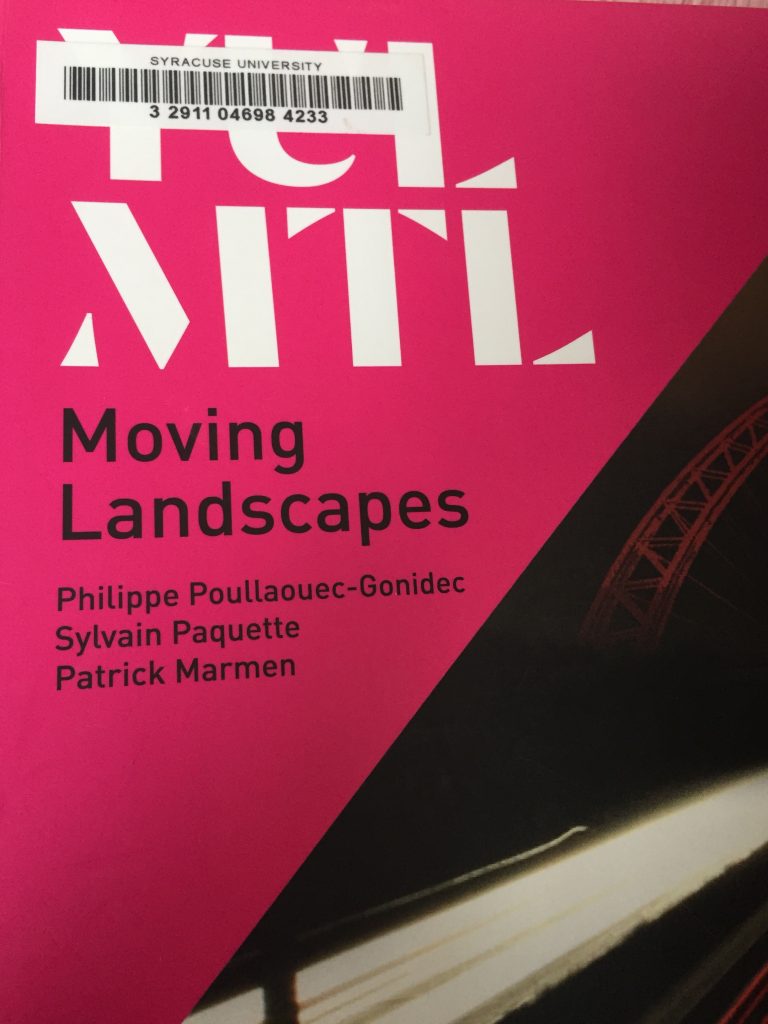 The first and most prominent thing I noticed about the typography of YULMTL: Moving Landscapes, was that there is absolutely no serif typeface used in the design of the book. From the cover to the body copy, the same sans-serif typeface (which I could unfortunately not find the name of), is used throughout the text. As seen above, the first part of the books title uses a stylized typeface, possibly created by the designers themselves, to distinguish itself visually on the cover. Below, we can see that on the first page of a chapter, the main chapter title is stylized in the same way, with cutouts that mirror an architectural idea (that being how things fit together). 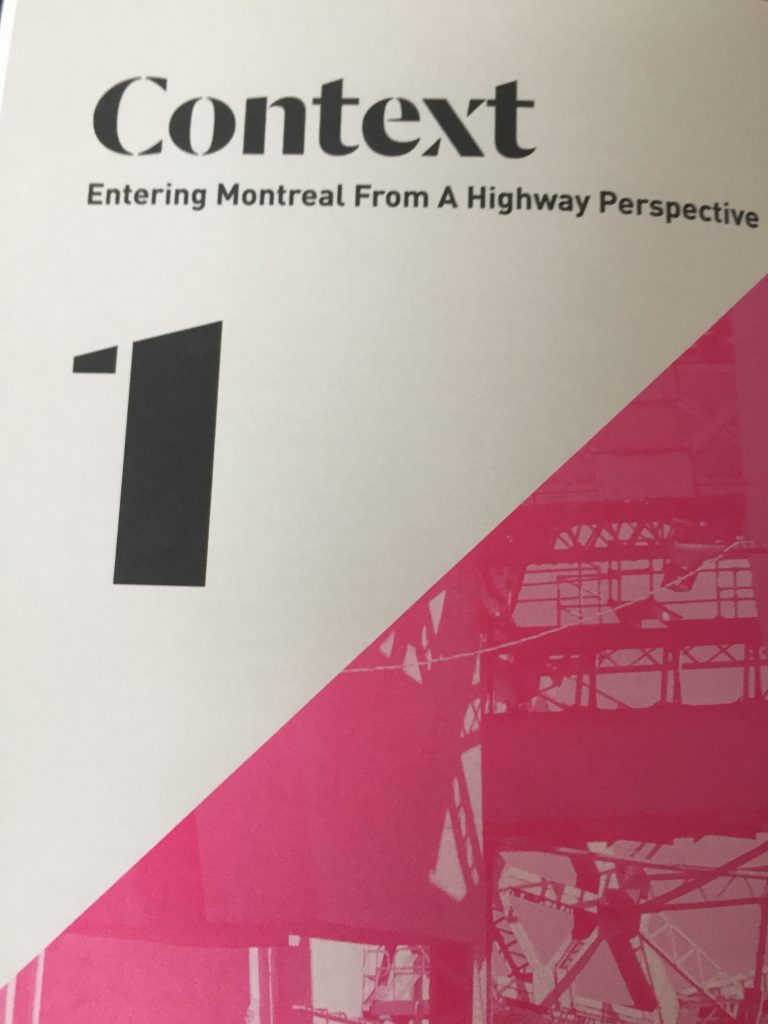 I was surprised that a sans-serif typeface wasn’t used for the body copy of the book, but didn’t find it particular distracting. For me, the leading was wide enough that the body copy was still readable. I also noticed that at the beginning of each chapter, or each new idea within a chapter, the text at the beginning of a paragraph was bolded. This was a strong visual cue for the reader, almost informing them to pay attention once again (because if we’re honest, books about architecture aren’t always the most interesting). 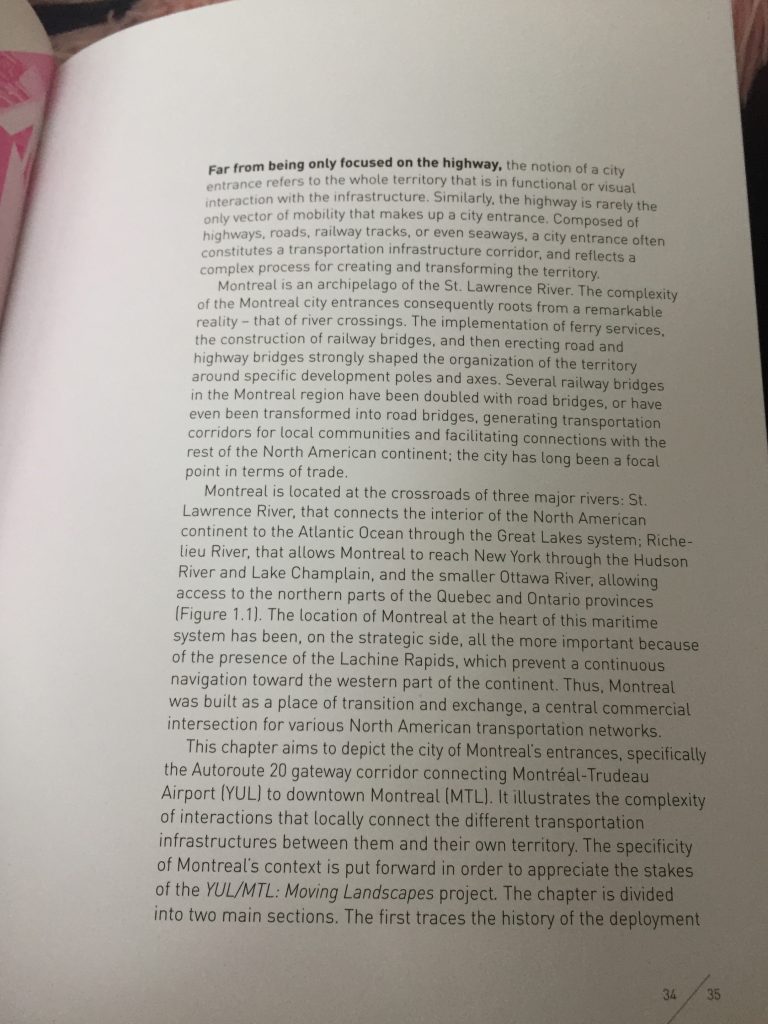 The design of the text on the captions wasn’t particularly interesting, but all of the captions are placed in boxes with some distinct color in order to distinguish them from either the text or other images. I liked the use of a box because I think sometimes, the importance of credits get lost, and that provided another visual cue to pay attention. 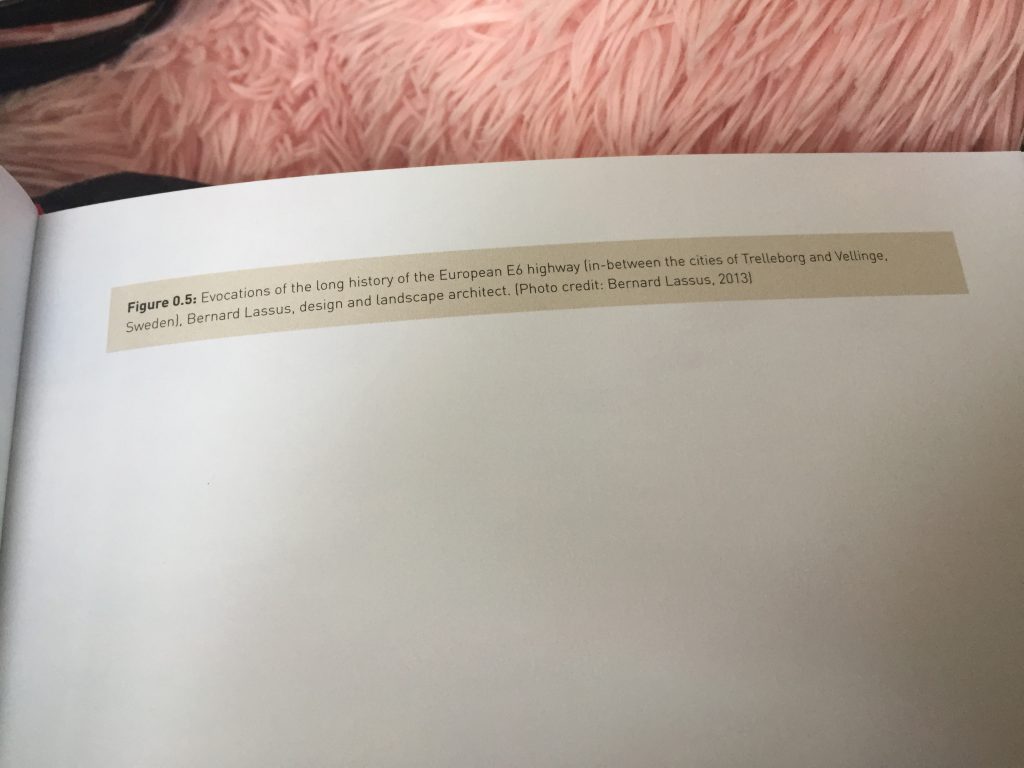 There are many drawn figures in the book, most without text involved, but I thought it was interesting the way in which the book sometimes used text to convey an idea in its simplest form. In the picture bellow, the author and designer focus on the language to explain an idea rather than a complicated schematic, which I think really works. The eye is drawn to the text, especially the word “VISION” which has been capitalized, and the reader is forced to try to understand what the author is explaining. 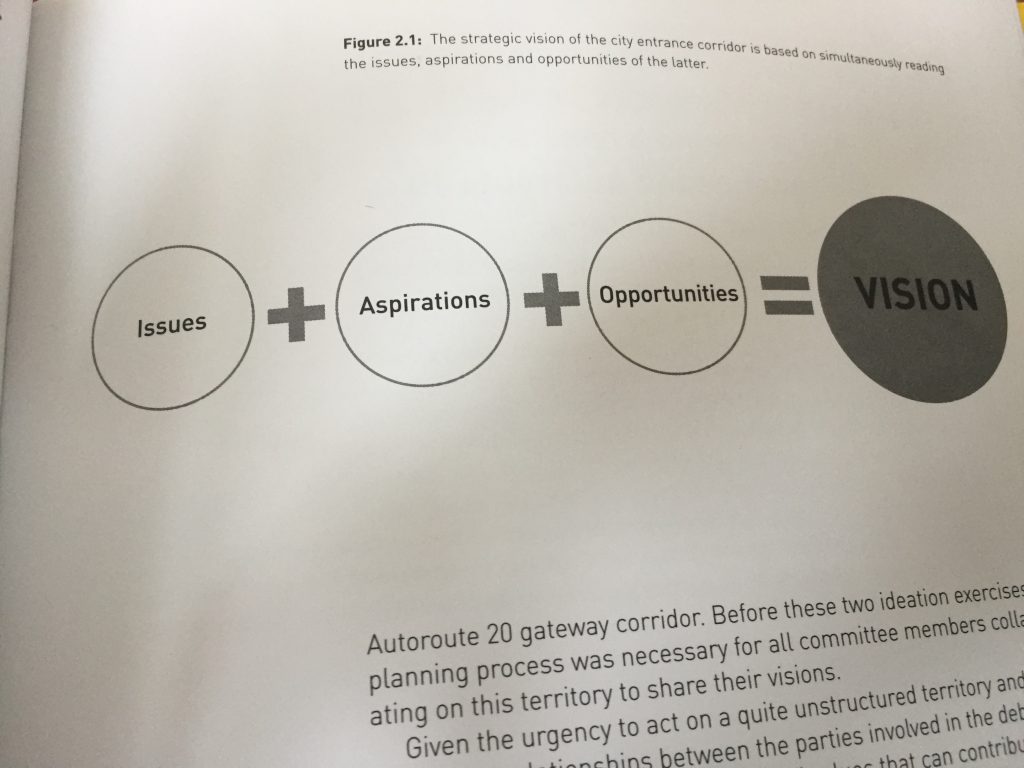 Overall, the language in the book is not a style I would mimic, but works for the technical nature of the text. Because it is a book about architecture, most of the language is technical, but the author does a good job, when possible, of trying to make the concepts presented more accessible to the reader. Also, even the more technical ideas are written using simplistic language and sentence structure, as to not confuse a reader who may not be an expert on the subject.