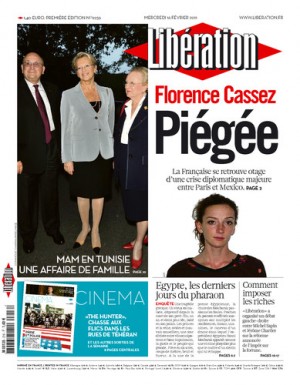 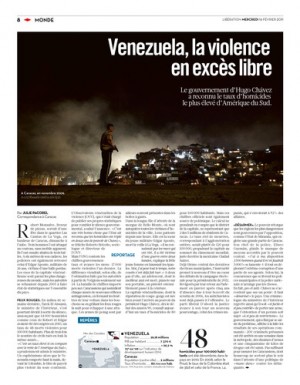 Libération’s main headline on the A1 is usually short (a couple of words) so that it can grab the reader’s attention. This shows that the publication is direct and to the point in telling stories. Other headlines on the A1 and inside the newspaper are a bit longer. Headlines always have a deck, which provides additional information about the article. This sends out the message that the publication is very informative. In addition, the headlines inside the paper are sometimes placed on the photos, using the reverse technique to provide more impact and make the headlines stand out. 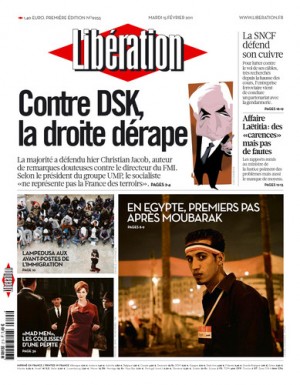 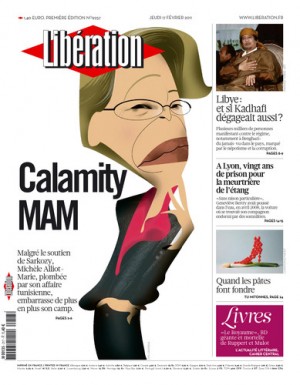 Promos/teasers on Libération are usually a sentence to two sentences long, which are found on the A1. Some teasers/promos come with a headline and a deck, while others are just a sentence long. It is very informative, allowing the readers to get a glimpse to the actual stories inside the paper. I find it to be a little wordy at times, but they are not too overwhelming for the readers. In addition, they are sometimes in question forms in order to engage the readers.

Libération uses pull quotes quite often, in almost every article. They are usually a sentence to two sentences long and are attributed (most of the time) to the person who said it. Pull quotes in the publication are direct, emphasizing the main idea of the story that will draw the readers to read the story. Libération uses pull quotes effectively in that the readers can get a general idea of what the article is going to be about, just by reading the pull quotes.

Cutlines and captions vary from article to article; some are long while others are short. They are usually located right below the photo and a sentence long most of the time. Depending on the photo, it doesn’t just describe what’s going on in the image but adds more content behind the obvious. It tries to answer the 6 basic journalistic questions – who, what, when, where, why and how – within a sentence. From time to time, captions are found on the photo, using the reverse technique. These ones are short, usually just naming the person in the photo when applicable. 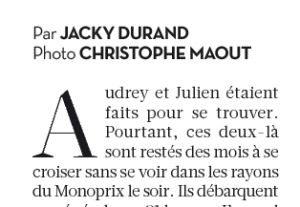 The bylines are quite simple. It says Par (by) and the author’s name when placed in the beginning of the story. When the byline is at the end of the story, just the name of the author is shown. Credit lines are found just below the bylines. It says Photo and the photographer’s name. Sometimes key credentials are labeled after the names. The bylines and credit lines stand out on the page, but because they’re really short, they are neither obtrusive nor distractive to the readers when they look through the stories.