If the world of journalism had never evolved, I would be ‘His Girl Friday’ and reporters would still only carry a pen and paper.

Tools have always made the trade. Today the demand for fast-paced news means that journalists must always be using the most up-to-date tools (within affordable reason) to produce content quickly.

When we look into our media-crystal ball, all anyone can talk about is the iPad. The savior of print journalism?

We know that the iPad works well for magazines. Professor Steve Davis brought the iPad edition of Golf Digest into my Advanced News Editing class, and even I, a sports non-fan, was mesmerized by the interactivity. 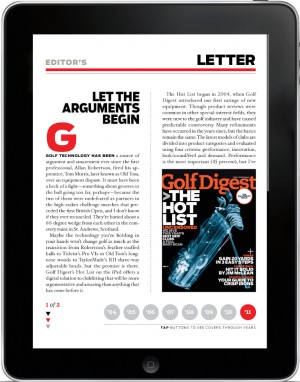 Combining video and GIF formats, amateur golfers can learn from the technique of pros.

It is clear to see how the technology potential of the iPad enhances the audiences experience with the content.

But is this true for newspapers as well? According to the American Journalism Review, “A December survey of more than 1,600 iPad users by the Donald W. Reynolds Journalism Institute at the University of Missouri reported that accessing news content was the most popular use of the device, with nearly 80 percent saying they spent at least 30 minutes per day consuming news on the iPad.”

The Reynolds survey reported that the more a person uses an iPad for news consumption, the less likely they are to use a printed newspaper. Doesn’t the fact that comparisons are being made at all mean that the industry is desperate to hold on to the physical edition of newspapers? As far as utility is concerned, iPad editions are a logical step forward. In fact, one could argue that they have the potential to breed a whole new kind of journalist: a multi-job reporter.

We’ve started to see more and more reporters who take their own photographs, or aid in producing video clips. Now, the iPad is taking it to the next level by allowing journalists to produce all of their content on a tablet.

In a recent Poynter article, reporter Neal Augenstein, is credited for being the first radio reporter to use his iPad over traditional broadcast equipment. “Augenstein uses his iPhone to record interviews using the built-in microphone. When he’s at a press conference, he uses his iPad to take notes with the phone at the podium. The devices, he said, have changed his entire workflow. He now begins a story with a tweet, takes photos and videos for the Web, and then files a radio report.”

The question is: is this really the kind of reporter we want?

It seems that this kind of quick reporting could lead to mistakes and ethical conundrums. It is ALWAYS necessary to have an editor. (And I do not mean spell-check). Some story errors and concerns can only be found by a second reader.

Are we losing important collaborations? 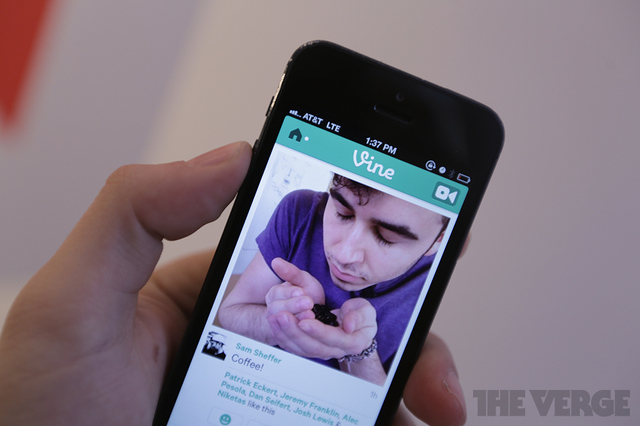 The journalistic potential seems infinite. Though it is unclear what kind of important content can really be reduced to the 6 seconds that Vine provides. Not to mention, the ethical concerns that often arise when new forms of image capture and distribution appear.

My favorite from print to tablet publications (as someone who’s only ever gotten to play with someone else’s iPad):

The New Yorker- Simple. Clean. Intelligent design. A newspaper-magazine hybrid that has stayed true to itself. https://itunes.apple.com/us/app/the-new-yorker-magazine/id370614765?mt=8

National Geographic – the design of this magazine is so incredible and innovative that it easily lends itself to iPad format. Also, it is driven by visuals in a way that most other publications are not. https://itunes.apple.com/us/app/national-geographic-magazine/id418671597?mt=8