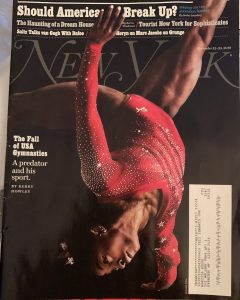 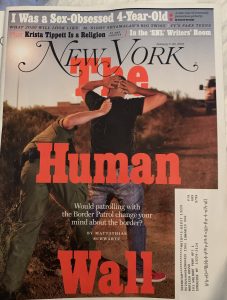 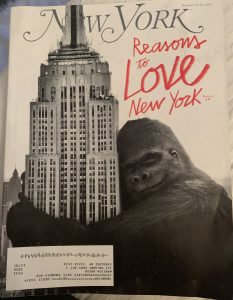 Purpose- Each front page – or cover – seems to highlight the big story of the issue – as most magazines do. However, New York Magazine does a good job of balancing artistic features with emotional aspects. Each cover makes you feel something. It’s not just a face, like on fashion magazines. It’s a true story. In truth, they hit the nail on the head with photojournalism with the first two – bringing the reader in the story. The purpose of the cover is to draw the reader in – and NYM does just that.

Images– As mentioned above, they use classic photos that balance well with the feature tagline of the main story. The last cover, with the King-Kong-like character, is not what one expects when placing the empire state building with a giant gorilla. But it works. The photo manipulation of this cover specifically is heartwarming and thoughtful.

Nameplate- the nameplate placement of these covers are all direct. The first one, of the gymnastics issue – is behind the athlete emphasizing this story needs to be heard before you realize what publication you’re even looking at. The Human Wall issue – I am actually curious as to why it lays over the text “The Human Wall” as I would not have guessed the designers would have chosen this route. When looking at the last issue, “Reasons to live NY” – The E perfectly fits behind the top of the empire state building. This is for a reason – as we can’t just imagine it happened by chance. What do the EIC and designer want you to think? Feel?

Inside Stories- The inside stories shown on each of these covers- usually ranges around 6-7- all placed at the top – minus the last one. This is an interesting move on the designers part. There is no text on the cover other than the feature story title.

Hierarchy-  The levels of text on the covers are interesting. The most shocking titles on top in big bold letter,s then balanced with the second or third line of text – same font but different sizes. On the second cover, in particular, there is a new font shown, to maybe portraying the lightheartedness  (showing the new font not bolded either) as the titles have to do with entertainment rather than political or serious topics like the rest.

The consistency of each issue is clear, concise and formal – yet professional. The tone of each cover truly relays what is happening in the writers/ designers office, space & world.

TOC-  Each cover has one image. Each TOC displays the main stories as all do – NYM has a separate  TOC and index- for the features – and each related graphic – relays the intensity of the main stories. 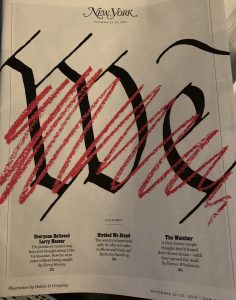 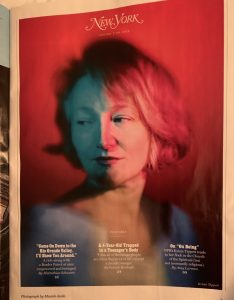 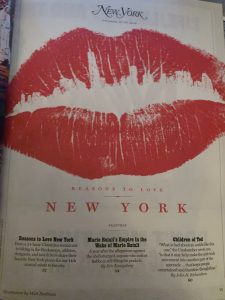 Index– Each index picture is more playful and relaxed – taking on the context of a lighter story than the features. 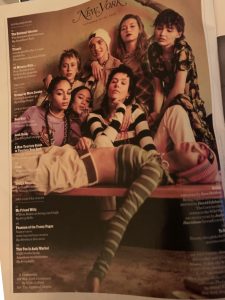 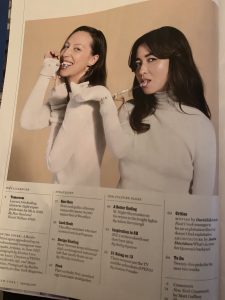 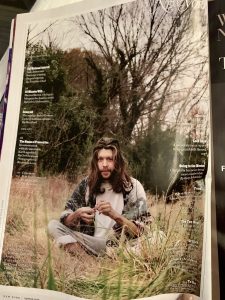 Departments/sections- There is the CUT section, the Non-Touristy Guide, the food section, Design Hunting, The culture pages, the To-Do section, and the crossword in the back of the book. The culture pages are where the features lie, and the other sections seem to hit the need-to-knows of New York, Politics, and Food. The reason I word it in that way is that food and politics don’t seem to be NYC exclusive, NYM gives the reader a full broad range of the topics without being focused on NYC the whole time.