At the Society of News Design event last weekend, I think I learned more about news design than I could have ever learned in months of reading books and researching the subject on my own. It was a lot of work, but I don’t think I would have ever had the opportunity to see that many newspapers from that many different countries and regions had I not gone to SND.

I think the biggest thing I learned all weekend was that there are a lot of commonalities in news design that transcend country and culture lines. From newspapers in Buffalo, NY to newspapers Oman, many newspapers look surprisingly similar in the most basic ways. About myself, I learned that a good design can attract me to articles I would otherwise never read. I love reading and a design that catches my eye will almost always get me to read the whole story. I guess I might actually be a pretty easy sell, because I ended up reading a lot of the articles.

I was kind of surprised to hear some of the conversations I overheard at SND. I had kind of assumed that, since the judges were spending so much of their time looking at news design, they would spend their spare time talking about everything but. This ended up being the farthest thing from the truth. The judges seemed to really love design and everything about it. Almost every conversation I overheard had to do with trends judges were noticing as they looked at the news pages.

I think that the future of newspaper really has a lot to do with design. The public is becoming so accustomed to interactive, highly visual things like tablet devices and smart phones that newspapers need to find a way to catch their audience’s eye if they want to keep that audience. For year, I think, the industry was able to get away with some pretty bland designs because the audience was a given – if people wanted the news, they had to read the paper. Now, I think design has the ability to really help newspapers improve their current status. 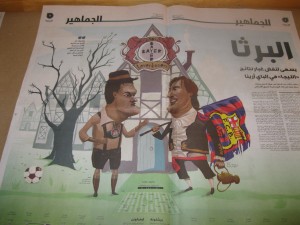 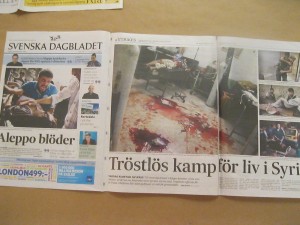 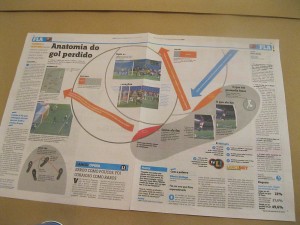 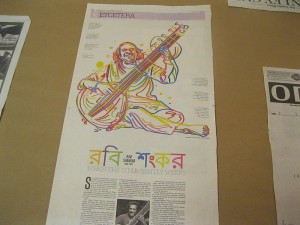 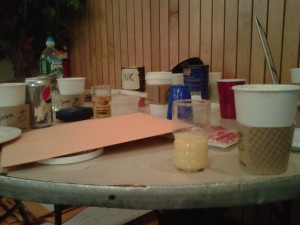 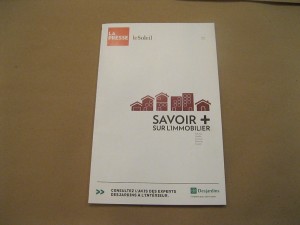 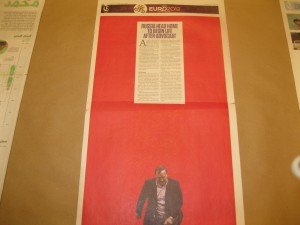 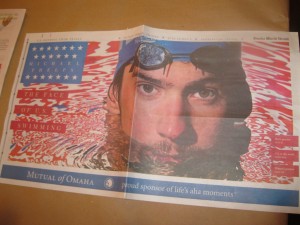 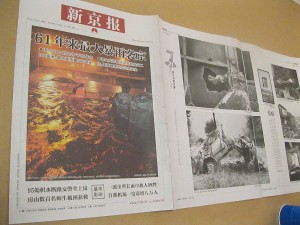 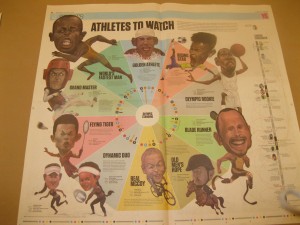 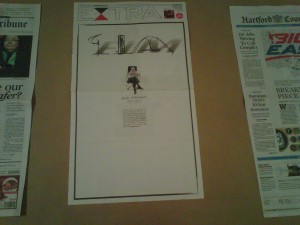 (They wrote the headline, about this famous architect’s death, in sketches of buildings he had designed.)

Classmate I spent the most time with: 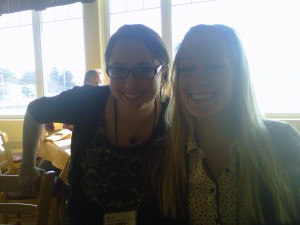 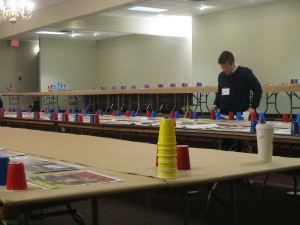 Me surrounded by discarded papers: 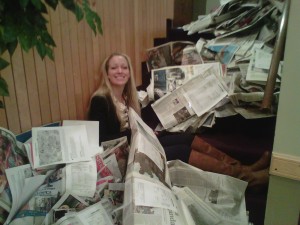