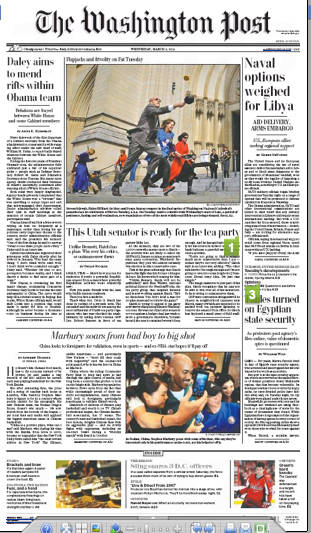 As I’ve described in previous posts, The Washington Post is a writer’s paper, thus it makes great use of lots of text on each page and doesn’t not rely on an image for every story. Though the front page usually makes use of more than two photos, albeit smaller than the main photo, the rest of the paper rarely places more than two photos per page. 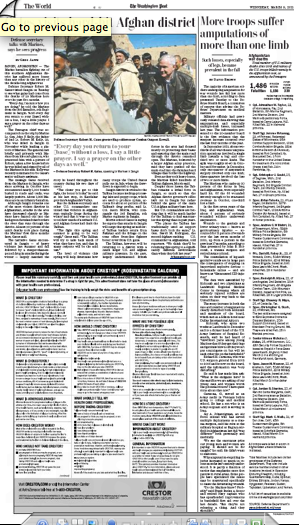 However, it does seem that each page has a large photo so as to tell the reader what matters most, what to read first, and what’s most interesting. But even with these important stories, this paper doesn’t tend to use more than one image per story. Instead, the one image is just larger.

As for the use of text on photos, I have not hardly ever seen this at the WP. And for good reason. Though it works well for some papers, I think the photos and the paper itself might compromise it’s authoritative feel if it were to use this more casual design technique. Though I like the idea of type on photos, it seems to work better on younger-feeling papers, or at least on sections of a newspaper that are more feature and light-hearted. Specifically, I have yet to see this technique used on the hard news section, however, it is occasionally used in the PostLocal section of the newspaper, which feels more feature-y and more appropriate for the approach. 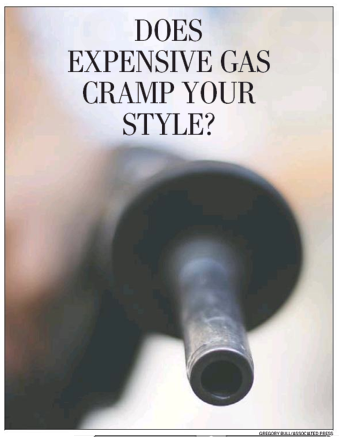 One aspect of the paper that I find to be boring is the shapes of the images. Every photo is rectangle. Though the designers may try to add interest with infographics or illustrations here and there to enhance the visual dynamic of the page, ultimately the paper lacks shape variation with its photos, which allows the reader to know what to expect. But at the same time, it could also be considered a weak point of the paper.

What’s strong about the photo use in The Washington Post is the consistent mode. Nearly every photo in every section has action in it. I think this contributes to the interest of a story and also makes the information feel more real and important. While the front page is always active, The World section is also notable for incorporating action in all its photos. 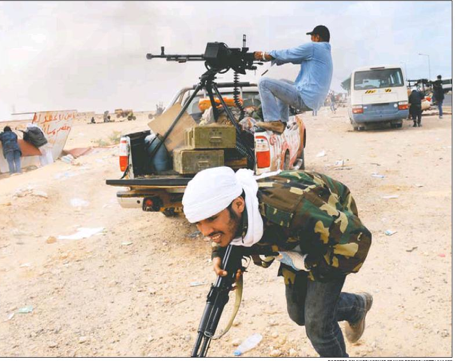 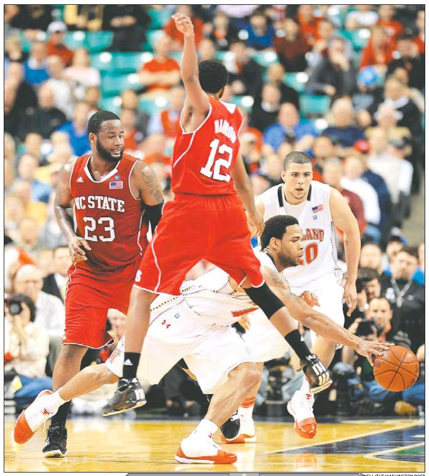 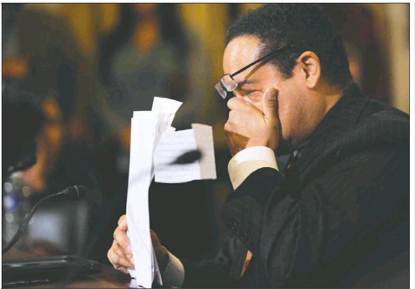 Another area of consistency regarding photos involves the distance of each photo. Essentially the photos are close-up shots of action so as to make the reader feel “there.” It is quite rare to find a photo that captures a moment in the distance, and I think this matters because it’s important to feel in the heart of the action. Though as I stated earlier the shape of the photos are all rectangular, and this can be boring, I do think it’s nice that the photos maintain a wider appearance because it makes sense with the grid here. And it also lets the reader see a lot of what’s going on. 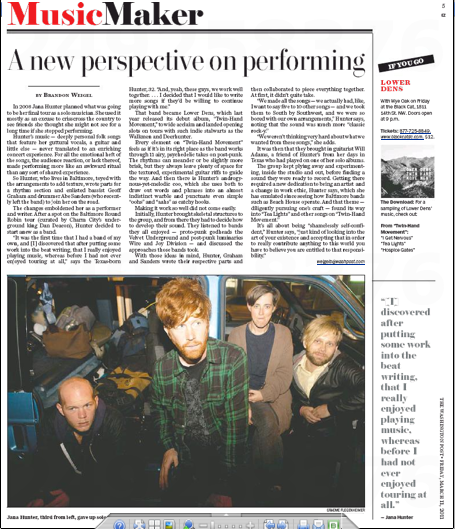