I am not a designer. Yet before last Saturday, I was intrigued and interested in what SND had to offer. Sure, the thought of an entire weekend spent around design seemed tiring, but it could be cool, right?

When Prof. Strong said two weeks ago that SND could be a life-changing experience, I kind of shook it off. But she was right. I wouldn’t hesitate to say that the SND weekend was one of the most life-changing and inspiring experiences I have had in three years of college. The event, the designs, the people, the knowledge I gained — there wasn’t a better way to spend my weekend.

I learned that I’m obsessed with infographics. My favorite pages were the ones that took info and turned it into a graphic masterpiece.

I knew what intentional meant, and how important everything being intentional was to design, but I fully comprehended it after one conversation I had with a designer. She and I were discussing the 9/11 tributes, and specifically The Virginian-Pilot’s paper on the 10-year anniversary. There were plenty of statistics on the page, a bold headline, and orange lines crisscrossing across the page, connecting stats to each other. It looked pretty. But what was the point of the orange lines? Why were some lines longer than other. Why orange? The stats weren’t in any specific order, from what we could tell.

Contrast that with the Cleveland Plain Dealer’s illustration for 10 years since 9/11, perhaps my favorite design of the competition. A simple concept, what looked like painted twin towers with 10 fingers skying out of them. The medal discussion for this page taught me a lot and gave me a lot of difference perspective. One talked about the 10 fingers meaning 10 years. Another talked about how the below-the-fold portion of the illustration — a part that included a person falling out of the towers — symbolized where we were 10 years ago. The above-the-fold portion — the hands reaching up toward something — symbolize what we’ve reached. Everything about the illustration had meaning.

The biggest thing I took from the weekend is how important collaboration is on all levels. As a writer, if I am not going to design, I need to do the next-best thing and communicate. The better the communication, the better the concept, the better the execution. That was the main point I received from hearing Tippi Thole of The Washington Post speak to us on Friday.

And on a much lighter, less educational note, the weekend was incredibly fun. I had fun chatting with designers and seeing them chat with each other in what felt like a high-school reunion. The judges were funny. There are moments from the weekend that I will carry with me. Conversations, observations and translations. Each judge chuckled and gasped a bit when they all asked for translations for a foreign newspaper — and the story turned out to be about the rituals of circumcision. Yep, that design won an award of excellence.

I think the weekend really broadened my horizons for the future. News design is cool and it’s fun. I wish I could write and design. Unfortunately, there’s only 24 hours in a day.

And unfortunately, SND had to come to a close. But below, I’ll share five images (of the 200-plus photos I took) that really stick out to me for one reason or another. 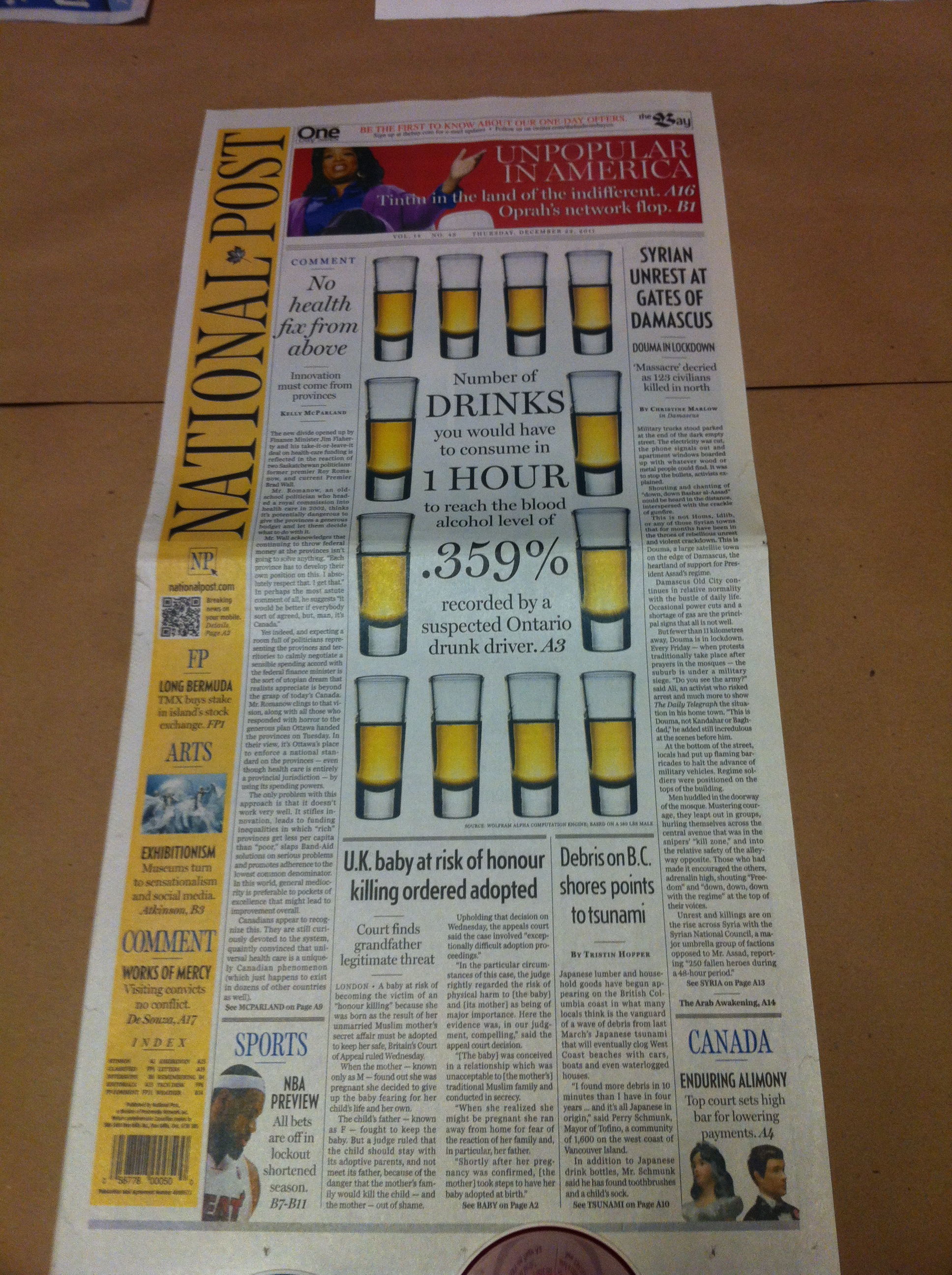 Don't have front page art? Don't need it! The National Post is perhaps my favorite-designed paper, and so many of their A1s had no good front page art. But they came up with creative ways to design a great front page, and used type as well as any paper at SND. 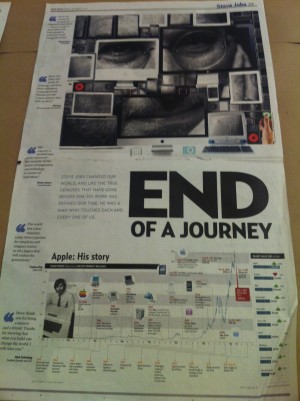 I think this might have been out every time, but I thought it was a great concept by the Gulf News. Taking Jobs' creations and making a photo of him out of it — so creative. 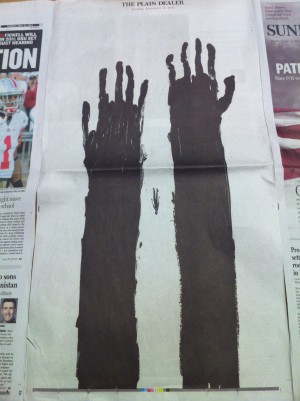 I could talk all day about how perfect and significant this design is. Just epic. 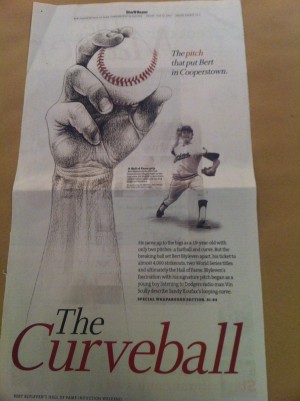 I was able to talk with Chris Carr, presentation director of the Star-Tribune, about this design. He felt they took a risk by not running a dominant photo of Bert Blyleven, since he was being inducted into the Hall of Fame. But it was one pitch that got him there and that needed to be emphasized. It helps that whoever drew this illustration is certainly fantastic. And this page got some love from the judges, too. 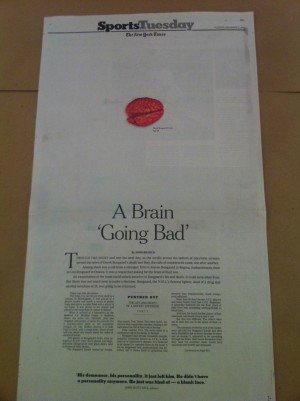 This is an awesome example of knowing what you have in a story, and what you have in art, and working to make it make sense. This design makes so much sense. It's a ridiculously detailed and well-written story, and this design lets the story tell itself. You don't need every design to be stealing the show. It's what makes sense with the publication and for the content. This is well thought out and fantastically done. 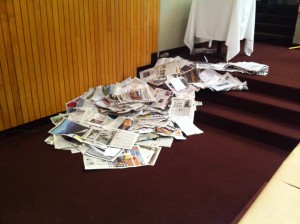