It was just an incredible experience for me to see thousands of newspapers from all over the world. I volunteered to work in the photography and info graphics room. Also, I was really impressed to see all the dynamic and beautiful photographs displayed in newspapers. Before I went to the SND competition, I’ve never realized that newspapers could be visually interesting. I’ve always felt that newspapers were boring because they looked always the same—a long paper with hundreds of articles, always the same typical layout, and with one or two photographs displayed in each page. So, I’ve always preferred to read magazines rather than newspapers because magazines always attract me with their visualized contents. However, I was wrong. After visiting the SND competition, I realized that newspapers could be more innovative and powerful than magazines. I learned visual power of newspapers.

I’ve seen thousands of photographs in the photography and info graphics room. Even though the judges picked only several pictures for the medal award, I loved most of pictures displayed in the room. Newspapers are no longer the papers what I used to think. I used to think that newspapers gave readers information and knowledge only with packed articles. However, newspapers tell us stories with very powerful and well-described pictures; articles didn’t seem to be necessarily posted in newspapers.

Personally, I think the European papers are more innovative and creative than American newspapers in terms of design. Most of the European newspapers such as Politiken, Expresso, Correio, La Razon, La Prensa, Diário de S. Paulo and etc. seemed very young and sophisticated, and also the pictures that they contain were very dynamic and lively. Those newspapers really gave me fun to read.

Here are several standout newspaper pictures from me 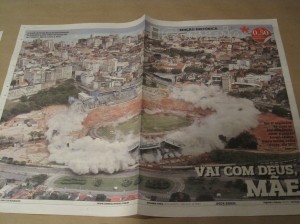 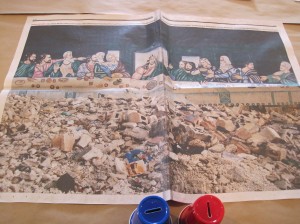 from Politiekn (this one was one of the medal discussions) 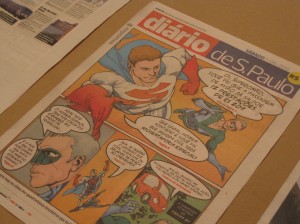 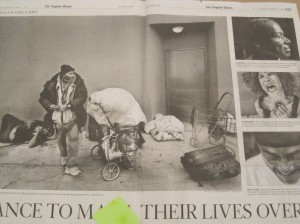 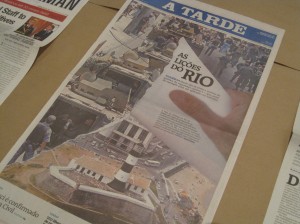 I also learned a lot from the judges while watching their medal discussions. It was just incredible to see their knowledge and passion for news design. They didn’t even miss a very little detail, which I was definitely unable to find, and every time they judge a newspaper, they came up with new ideas and even critiques, which I’d not expected to hear. I’m really honored to see such professionals at SND. 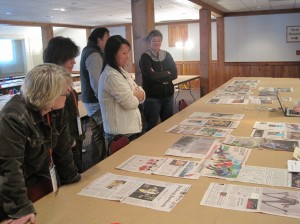