Though I hadn’t anticipated it to be exhilarating and educational at 8 a.m. on the first day, SND weekend turned out to be a great, eye-opening experience. Seeing a group of people dedicated to newspapers and its future was refreshing, and to know that these people existed was a comforting thought. The thousands and thousands of pages on the tables was a sight to see and I couldn’t wait to peruse the sections and layouts.

Walking around the tables, I found myself drawn more to the illustrations and infographics more than regular photographs, perhaps because of the possibilities that can be explored with them. I tried to look for things that were different and bold, but most of the times it was the simple things that won.

While talking to the judges, I learned that good isn’t good enough. There were so many pages that I personally thought were great, but they needed that something extra to make it further. It was interesting to learn what they looked for in judging, I had wondered at first how all of them knew at just a glance that the design was nothing special. It had to be innovative and unique. Bigger isn’t always better, there has to be a balance, good use of white space, etc. I loved listening to the medal discussions because it was like being inside their heads for a bit, having them dissect the papers and trying to see what they saw.

As a writer, I surprised myself. Whenever I pick up a newspaper, it’s a habit of mine to always look at the byline and the lede. Throughout the weekend, it wasn’t a focus to look at either. I wasn’t focused on how grabbing the writing was, rather how the entire piece flowed as a whole.

I was able to look at news in a totally different way. I admit that prior to SND, I was pretty biased in the way I viewed things. For me, words are powerful on their own, but I hadn’t thought about how they worked in conjunction with the design of the page. I was pretty naïve in thinking that just slapping a good photo somewhere there would suffice. After SND, I was able to look at news as a package. More weight wasn’t given to the text or the visuals; it was how they worked together. It was all about what added more value to the content, and whether things were necessary, not just what looked pretty. It helped me not only from a design perspective, but how I look at news, storytelling and publications in general. 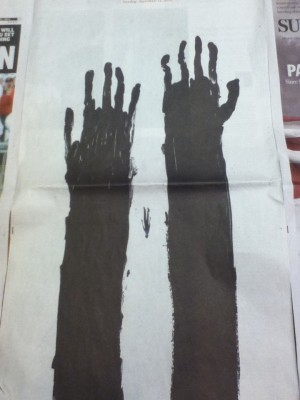 This entry from the Plain Dealer was one of my favorites. After seeing it, I was able to sit in on a panel discussion and realized that everyone had a different interpretation of it. The 9/11 anniversary could have been told with so many different visuals, but this was so simple yet filled with emotion, and also open to interpretation. The hands are reaching up and the fingers represent 10 years, but they’re also made out of smoke, depicting the towers. 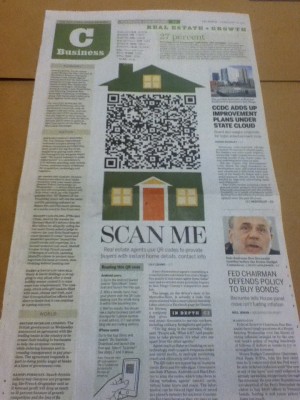 I thought this was a creative, relevant use in design. The story was about real estate agents using QR codes and a working code was incorporated as the visual, directing the reader to either the website for the story or the real estate site. 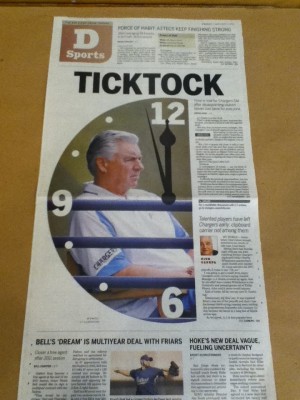 I liked the idea behind this in showcasing that time is running out for the subject of the piece. It’s simple and still uses the image of the person, but incorporates and reinforces the theme of the article. 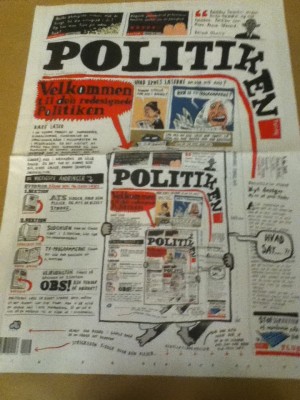 This cover of Politiken was created to introduce their readers to a redesign of the paper. The concept was that most readers have a hard time when publications redesign their entire format, so this was to comically ease them into it. I thought it was well done and guided the reader in a friendly, open way, and also recognized the difficulties they would face. 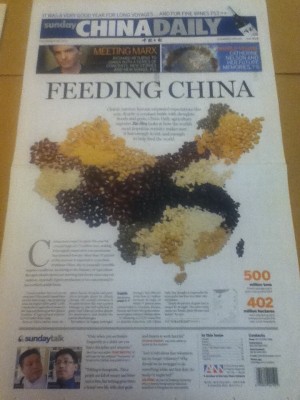 This cover grabbed my attention because I thought it was a clever use of food. The article was exactly what the headline explained and incorporating something tangible, food, to shape the country reinforced the idea. They could have used food differently, or put an infographic, chart or photograph of poverty, but this was unconventional.