It’s rather nerve-wracking to know that you are about to enter a room filled with professional, generally award-winning designers.  Designers who know their stuff, who know how to evolve with the shifting media and designers who can teach an amateur like me quite a bit. That’s why, it’s not shocking that I took advantage of everything thing that I could while attending, and assisting, the competition. My iPhone is littered with at least 200 images of designs that I found amazing, and even those that were laughable. My notebook is full of little scribbles of the designs that I thought were interesting and trailblazing.

I’ve walked away with a lot of design facts and tidbits stuffed into my head: little tips on detail (I think I’ve heard, “the devil is in the details” more times than I can count this past weekend), the bigger picture, too busy, not busy enough, the color choices, the typefaces, the images, the illustrations, etc. I think the most important thing that I walked away with, however, was that each designer is different—and they have to be. In order to evolve, you need diversity and growth. Trends come and go; it’s the designer who starts that trend. Some of what I’ve learned while walking around the different areas of the competition came from conversations I had with designers (especially in my ‘Features’ crew) and others were overheard. A lot of serious, engaging conversation was centered on the future of news design, where the field will end up, and how the profession seems to be shrinking. These designers, though obviously talented, commented that even they must always be up for a challenge and always looking for that sometimes-rare opportunity to reinvent the page.

One of the most entertaining parts of the weekend, for me, was the un-cupping after each round of judging. It was interesting to watch the judges’ reactions to which designs they thought should win compared to what actually one. I also enjoyed comparing my own predictions, and occasionally, I disagreed with the judges. I felt that sometimes they eliminated a design because they didn’t understand what it was saying (they never really asked for a translation) and it was obvious that more often than not the features judges would reward the longer entries. I started to see a trend in which designs the judges would bestow that award of excellence—and occasionally the silver, and one gold. I specifically enjoyed the medal discussions, listening to the judges truly talk about each detail in the design—it was enlightening. I learned more just eavesdropping and watching that actually engaging in conversation (although both were great).

The designers, although I’m positive that they were flattered, were more than willing to have conversations with me and other students. The discussions were about breaking into the field and ways to stand out, career paths and history. I am happy that I did not meet these designers during a panel; it was nice to have one-on-one time, to get the truth: The truth that the field is becoming increasingly harder to break into and innovation is now demanded and expected rather than rewarded (occasionally). As someone like me who has a strong interest, but lack of experience, it’s scary to think that I might have to fight that much more to get noticed—but isn’t that always the case?

I was really taken with the news designer crowd, maybe because they reminded me of the journalists I know. News designers seem to be really laid back, colloquial and (as cheesy as it sounds) they kind of have this hip attitude about them. The best part about this group, however, is the passion for design and the fairness (mostly) given to judging publications. I kept thinking the entire time that I cannot wait for the day that I get to be a judge. 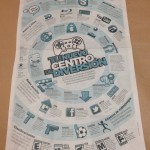 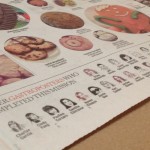 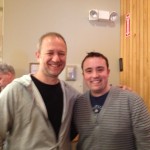 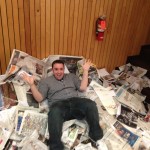 1. Foreign Language Page: I really liked this page because of the use of two colors and how it allows your eye to easily move around the page.

2. Favorite Illustration: This paper, which won silver in features, drew every reader who participated in its interactive food article.

3. Traveled 1000 Miles: This is me and Gustavo Lo Valvo from Argentina.

4. Papers: So many newspapers—kind of epic. 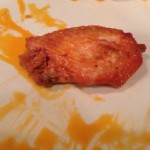 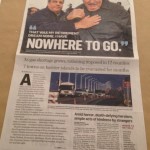 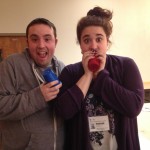 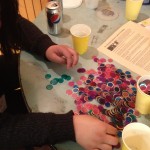 5. Favorite Thing I Ate: The wings, although the brownies were a close second.

6. Favorite A1: I like the image and the emotion on this A1. It made me stop and read the article.

7. Inseparable: I was with Hannah for most of SND. We were the features team partners-in-crime. 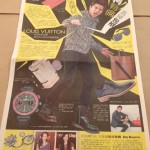 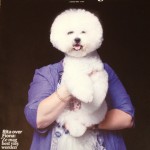 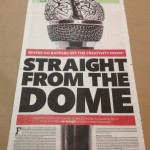 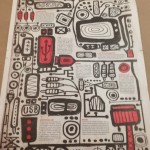 9. Bad Thinking: I do not like the way this page is designed-everything clashes and the products do not pop on the page.

10. Magazine Cover: I love that this cover is so simple and yet funny. I did a double take when I saw it on the table.

11. Best Headline: Although I’m sure there were many great headlines, I really took to this because of the graphic as well, and the headline grabs your attention before the graphic does.

12. Trend: Busy, carefully decorated (even if it looks sloppy) pages. I saw many of these types of pages during SND. 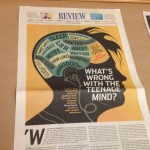 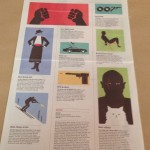 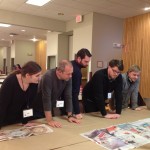 13. Most Compelling Image: I’m sure that this image wasn’t the best, but there is something that really grabs my attention. The colors, the layout, and what it teaches.

14. Innovative: We saw so many designs on the James Bond film that this one was the best. It took the most innovative approach by simplifying the concept.

15. Iconic Moment: There were many, but for me, it was watching the features judges deliberate over medal discussions.