I went into the SND competition with mixed feelings. On the one hand, I had to get up at 7:15 a.m., something I hadn’t had to do in a really, really long time to spend an entire weekend facilitating an event. But by the end of the weekend, I was able to meet some fantastic, talented people, left with a huge stack of beautiful designs, and contemplated skipping my afternoon Monday classes just to stay longer. The experience completely exceeded my expectations.

The first day was overwhelming for me, just being in an environment filled with professional, award-winning designers and their work. As a writer who’s only a beginner designer, I almost felt like I didn’t deserve to be there. I remember talking to a classmate about how I had this wonderful opportunity to network with designers but hardly had a portfolio, or anything to impress them with. To be honest, I never even seriously considered a career as a designer. But in chatting with the different designers and judges, I realized that having a strong grasp of the design field contributes to the increased knowledge of newspapers and print products as a whole. We would discuss how writing and design work together, and the relationship designers have with the reporting staff of their papers. Judges would tell me stories and laugh of how they have reign over the final product, and therefore over the reporters, by making them cut from the stories they file. In the end though, reporters understand that the shorter story incorporated with strong design elevate the presentation of the publication that much more.

I think the most valuable aspect of the SND competition was the judging itself. I remember the first time I had to gather the papers I was surprised by the number of rejected papers, it was rare that we’d here a “5-0, award of excellence, up for medal discussion.” I remember laying out pages and trying to predict which ones got AOE’s, and usually successfully predicted only 50 percent of the judges’ votes. After speaking with them, and from observing the winners, I realized that they all preferred simple, clean design — and paid particular attention to designs that placed photos in a hierarchy. The Los Angeles Times, for example, won several awards for doing just that. The medal discussions were also interesting. Some were obvious winners in the news section, a beautiful illustration from the Las Vegas Sun and a somber story regarding Homs, Syria. What was most fascinating for me was that four of the five judges in our group were from the West, being America and Canada, while the fifth was from China. The Chinese judge consistently had differing opinions on what was worthy of a silver or gold medal. Could it have been because of difference in culture, or Western norms of good news design versus Asian norms? After talking to Chang, the Chinese judge, I learned that his taste in design is powerful black and white images set apart from heavy text.

In the end, SND was an amazing experience. I learned so much about the importance of design, gathered some great ideas and input for FPA and the Caz project, and have already spoken to Melissa about coming back as a volunteer next year. 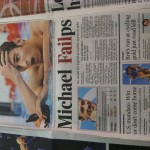 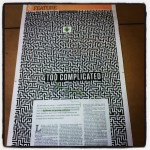 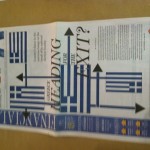 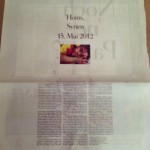 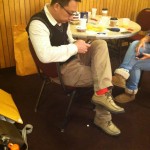 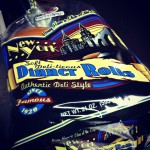 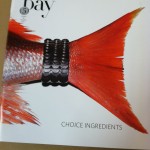 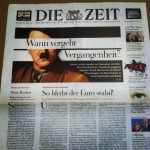 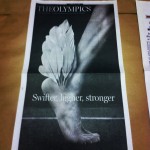 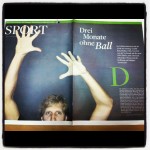 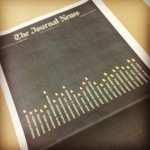 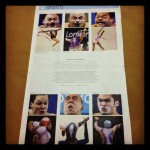 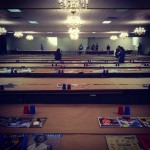 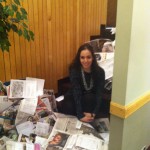 1. I laughed out loud when I saw this headline. 2.) Most compelling image: A tech story from the Times of Oman. 3.) The outlines flags and business of this design hurts my head. 4. Most innovative: Use of white space in this German paper on a story about Homs, Syria. 5.) Chang, who came from China, was a judge and works for the Oriental Sun. 6) The rolls were incredible. 7.) Really vibrant cover from The Tampa Bay Times Magazine. 8.) This German paper ran a story on German guilt regarding Hitler and the Nazis. 9.) This photo illustration on the Olympics is both athletic and beautiful. 10.) This was my favorite foreign language page, presents a soccer goalie in such a creative way. 11.) Unfortunately, several stories on the shootings that have happened in this past year ran, all conveying the tragedies in different ways. 12.) This headline was very witty, and went right along with the design. 14.) Iconic SND scene: Cups. 15.) SND & Me.