I know this statement is predictable, but I can think of no other way to say it: I learned so much at SND. Normally, I read the same newspapers and look at the same sections in those newspapers every week. SND exposed me to many publications I would never have seen otherwise, particularly ones from other countries. In addition, seeing so many pages allowed me to make comparisons and notice patterns about what elements made designs effective or ineffective. Below are two conversations I had at SND that were especially educational for me.

1) When talking with a designer from The Atlanta Journal-Constitution, I asked him if he also does web work for the paper. He told me that the Journal-Constitution has mostly separate web and print staffs, just like Tippi had said about the Washington Post during her Friday talk to our class. Another young Washington Post designer I met said she prefers print and doesn’t do web work for the paper. It surprised me that news designers, especially a young one, would feel secure in the future of print design. At Newhouse, professors I have had emphasize the importance of learning to work in different mediums. Newhouse panel discussions I have attended left me with the impression that it is only a matter of time before “ink on dead tree” journalism essentially disappears. For example, reporter Brian Stelter of the New York Times predicted that the print paper will become a luxury product with a niche audience. A panel of women magazine editors also said web is definitely the more relevant and important medium at this time. In general, the weekend left me wondering where the web side of news design stands and why SND ignores it at this competition.

2) Near the end of judging day three, Adonis from The Times of Oman joined me in looking through the mountain of rejected features pages. While he was pulling  out ones he wanted to show his staff, I asked him about his “Good Pages versus Great Pages” talk he gave on Friday. He then told me how he believed a lot of the rejected pages at SND were not just good but great. He said these great rejected pages often required more time and thought to understand than the ones judges gave awards to. Because judges look at so many pages, they pick simple, bold, clear work that instantly grabs their attention. But Adonis said that subtlety or thoughtful detail can also make for great designs. The conversation reminded me that readers don’t look at hundreds of pages spread out in long rows like SND judges do. They look at one page at a time, and that page needs to hold their attention for as long as possible.

And here are some photos. 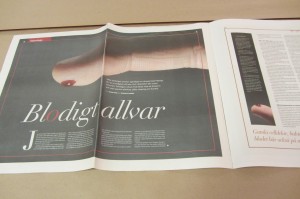 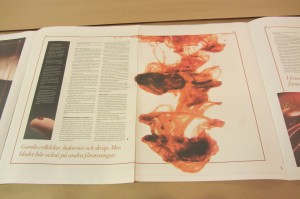 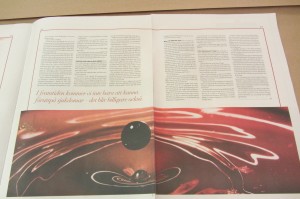 The connection between the photograph and the typography made the opening layout of this feature spread very compelling. The designer then created consistency with the following spreads. 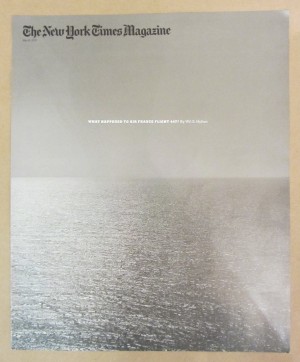 The restraint this designer used amazes me--just one photo and one line of type. The grey image reflects the feeling of being disoriented at sea with no hope of land in sight, just as the people on flight 4477 must have felt. Judges selected this for a medal discussion and commented that the design is executed flawlessly. They did not award it a medal, though, because they said they had seen similar designs before. Originality is important! 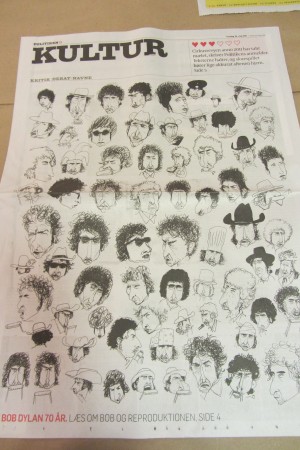 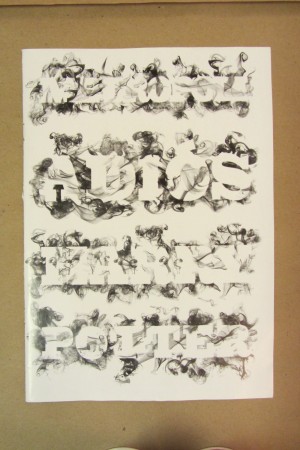 All of Metropoli's covers blew me away. They were all about a clear concept with clean execution. I loved the way this designer interpreted the cover line "Goodbye Harry Potter" as text going up in smoke. It captured the whimsy and magic of the Harry Potter series. 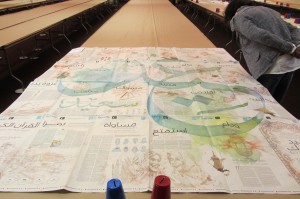 I apologize that this image isn't very good. The judges all agreed that this project from the Times of Oman was truly something special. Readers collected a page every day for the month of Ramadan and could put them together to form this giant "quilt." The finished product shows the power of collaboration between a team of designers, photographers and illustrators. Each page works on its own, but the pages work when assembled too. That's no easy feat to pull off.