The Kansas City Star does its best to create multiple points of entry on its section fronts with multiple photos. From the multiple tease photos — which are almost always there — to one dominant image in the center, to secondary photos with other stories, there is not going to be a section front that isn’t splashed with color from a photo. 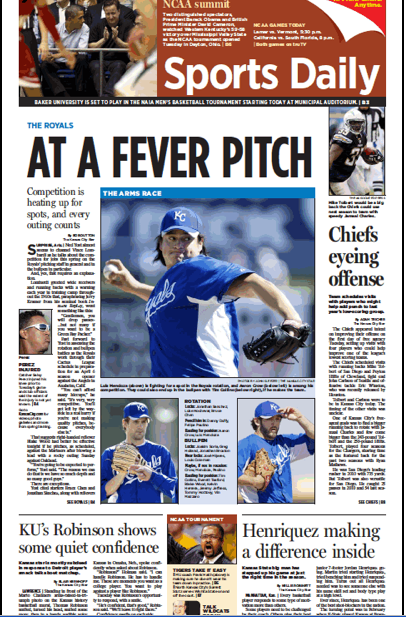 There’s one common factor in the content of the photos in the paper: There is always a person within close view who is the dominant part of the image. The KC Star isn’t afraid to make a photo large when it needs to — it seems to do that with some postgame sports coverage — and it will also go with smaller images when not as strong. But the common thread is how people are portrayed.

I also noticed that when teasing a story, the paper can use the dominant art for that story as the tease photo as well. I am not sure how I feel about this, since it kind of makes things repetitive, but it also creates a connection. See how the main image for “At a fever pitch” was also used on the front page that day. 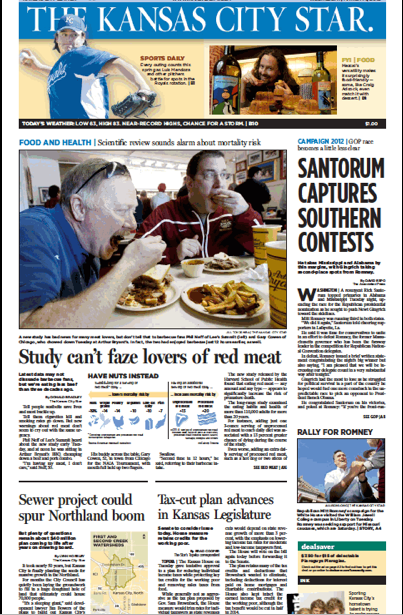 The Kansas City Star works with both horizontal and vertical photos, but seems to go with horizontal more often than not. The horizontal shots seem to be easier to work with design-wise. But the photo selection is normally solid. There is action going in in every photo they run, even the smaller, secondary photos on a page.

Another thing I did notice is the paper does like to run feature photos, especially on the Local page. These feature photos are accompanied by a screen, mini mac and cutline. 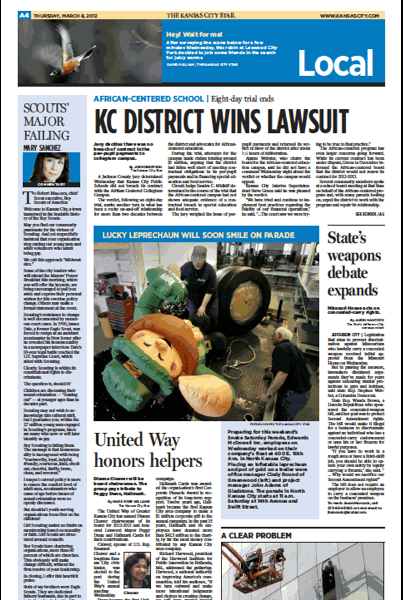 While The Kansas City Star’s use of photos is adequate, the paper is not afraid to be innovative and work without a great photo, too. The paper puts out a weekend preview magazine with some very impressively designed covers. There are also some nifty photo and graphic illustrations.

The paper also works with cutouts often. The Kansas City Star put out a Big 12 tournament guide last week in which it played around with cutouts of the key people around the Kansas and Missouri programs. 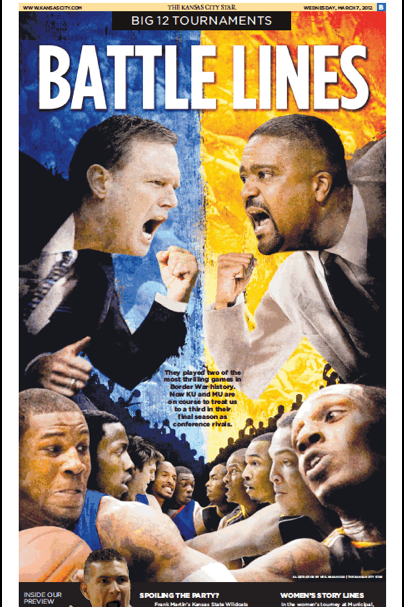