The functions of cover are multiple. Firstly, it can reflect the whole graphic design style of this publication to some extent. Secondly, it plays a critical role of catching people’s attention, driving desires to read or purchase. Moreover, the image and the coverlines on the cover tell the story it features, acting as the essence of this issue, reflecting the type of concerns and editorial concept of this specific publication indirectly.

One of the distinct characteristics of The New York Times Magazine’s covers is it only contains one inside story represented in the form of coverlines to keep absolute clean and simple, leaving the main story as much attractive as possible, as shown below. 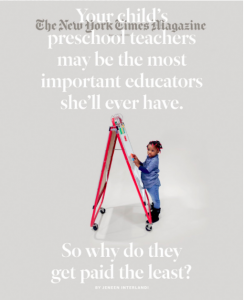 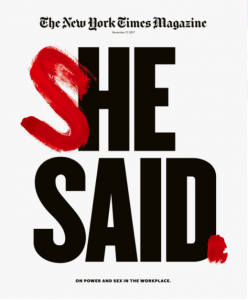 When it comes to the images of The New York Times Magazine, each one of them goes along well with the headline and the story vividly to keep consistency, expressing the feelings or attitudes it aims to convey to their readers. For example, on 12.10.17 issue’s cover, Nicole Kidman gave us the chills can be able to match perfectly with the color and the content of its coverline. 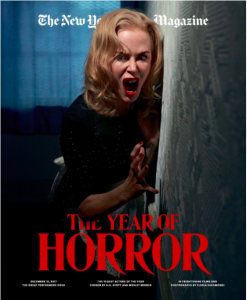 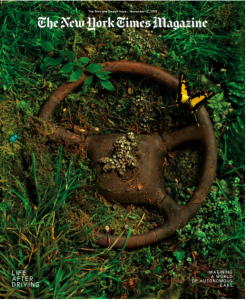 Another dramatic characteristic is the placement of its nameplate. The New York Times Magazine prefers to make the nameplate partly or nearly totally being covered by the images they chose, as shown blow. This is an audacious behavior in particular since most of the brands are unwilling to make their trademarks unclear. However, it shows the confidence that they have built great brand recognition among the public, so they can make fun of their nameplate boldly. On the other side, it’s a reflection of innovation and energetic, which are both important elements for a publication. It won’t shade the lights of The New York Times Magazine, it makes nameplate become even more catchy than usual. 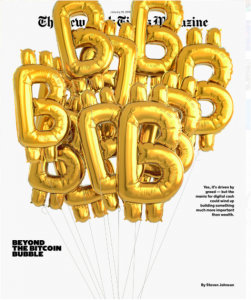 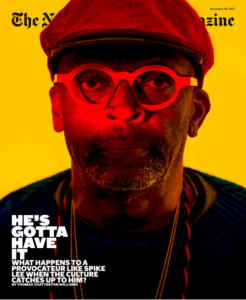 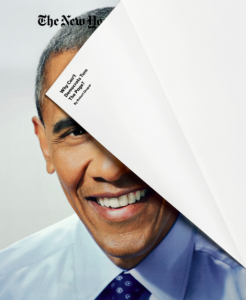 Besides, “The New York Times Magazine” always stays on the top of the cover and being in the middle based on the recent issues. Its small size surprisingly just accounts for very limited space of the whole cover and the color varies from white to light grey to black to keep pace the variation of the background color and the images.

Since this publication always shows the only one article on its cover, there are many choices for the arrangement of coverline. They can be in quite different forms without too many limitations as follows. 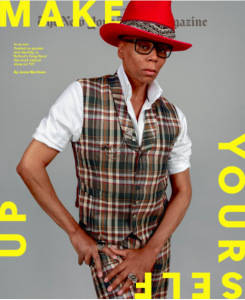 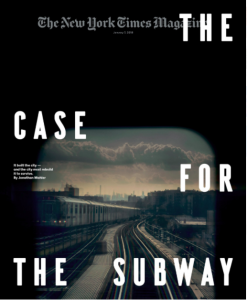 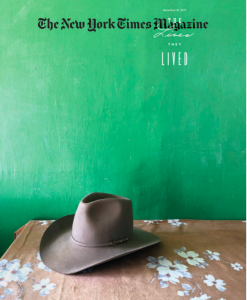 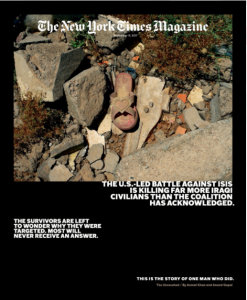 The index consists of two pages on a regular basis, uses the same clean and simple layout from issue to issue absolutely. So does the placement of the images it inserts, always keeping in the same number and same size. It’s really interesting and does play an important role in sustaining consistency. The images are closely related to the corresponding articles inside, grabbing readers’ eyes and building connection with the texts. 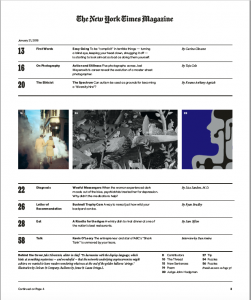 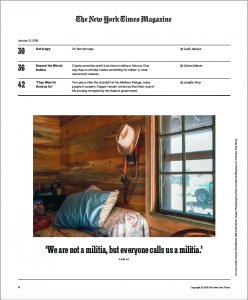 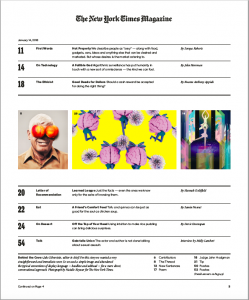 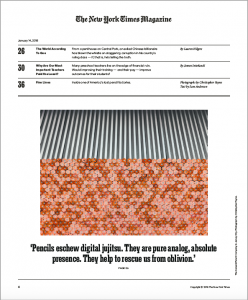 The TOC mainly consist of First Words, The Ethicist, Letter of Recommendation, Eat, On Dessert and Talk sections on the first page per issue, readers can be aware of which section they are in clearly. As for the second page, it is involved with three to four different topics without limitation to the specific categories to talk about. 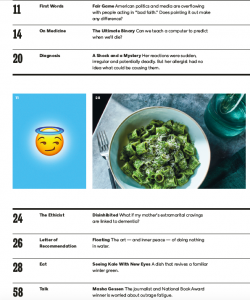 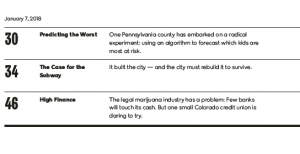