Matt Mansfield of The Society for News Design (SND), reported this week on a signature website designed by crime reporter, Laura Amico. At only 29, Amico is the founder and editor of Homicide Watch D.C, a website focused on homicides committed in the nation’s capital. The website bares the phrase, “Mark every death. Remember every victim. Follow every case.” This philosophy is echoed in the design of the website. Simple and clean, the website provides the latest news, memorials, and court documents. To “remember every victim,” Homicide Watch posts photos and descriptions of victims (as well as suspects,) and an interactive map showing where homicides have taken place. Mansfield reports that the site “forces accountability,” due to publishing the written police reports from each crime. Combined with the database to track cases from death to conviction, Homicide Watch allows visitors to monitor how cases are being solved. Currently Ms. Amico’s project is based on donations from the public, but she hopes to license the model to newsrooms.

The World Association of Newspapers and News Publishers joined forces with SND to hold the first annual news design conference in New Delhi, India, on January 23. T.K Sajeev Kumar reported last week that news design in India is focused on print media rather than online news. While innovative forms of media are available, the majority of audiences prefer print media. Text is dominant to visuals in India. This means that photographs and graphics are used sparingly. Design trends in India are based on the fact that readers want more to read. Thus there is limited space to play with design. Color, is another aspect of news design that Kumar discusses in his article. India is incredibly diverse, and bright colors are ingrained in all of its cultures. Newspapers out of India aesthetically resemble American tabloids. Hard news publications like the New York Times or the Wall Street Journal can be characterized by their use of black and white. One challenge in Indian media is that newspapers often lack a professional design department. This means that many publications lack a cohesive stylebook. Thus, design changes with the editor’s taste. WAN-IFRA-SND’s conference is a step toward establishing the importance of news design in Asia.

1)   Akzia, Russia – Launched in 2001, Akzia is a free urban newspaper that is published every two weeks. The paper is aimed at younger readers, instead of traditional media whose target audience is middle aged. Akzia’s target audience is 18-30. 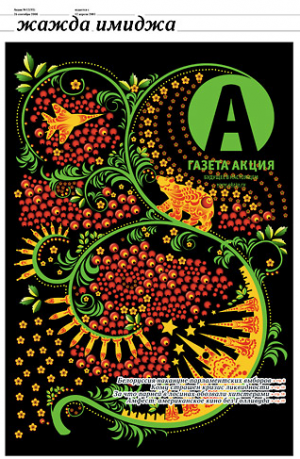 2)   De Morgen, Belgium – Founded in 1978, De Morgen was born of two socialist papers. It is considered “independent” and “progressive.” Notable for using  greener, water based ink. 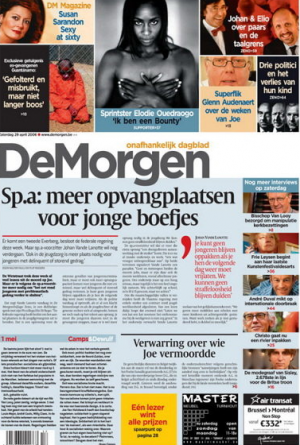