Zaman’s use of photography, in my opinion, is overwhelming. I find it really imporant for a newspaper to have one, solid visual or dominant image, but Zaman often lacks that hierarchy in their photo placement. For example, in looking at the page below, there are 13 photos on the front page. 13! Between the teases and headshots and centerpiece photos, a ton of color is thrown directly at the reader, who doesn’t know where to look or how to direct their eyes. While the quality of the photography is usually nice, packing a ton of photos and cutouts onto the front page makes for a messy, disorganized look. Their photos usually match up well with the story, however. In the front page below, a glimpse into a mosque makes for stunning front page art, but the teases below it, the cutout of the suited man and the sports teases below that take away from the power of the image. 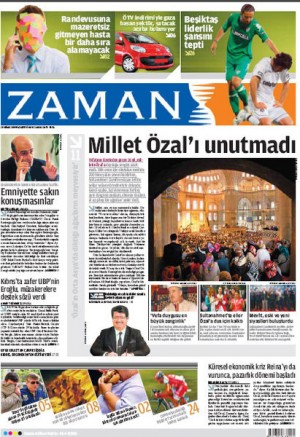 One of the most distinguishable aspects of Zaman’s photography is their use of headshots and images of people from the shoulders-up. There’s always at least three headshots on every front page, between the teases and the one-column photos that run on rails. Often, these headshots, such as the ones below, will run as the main art with a story, often running at three or sometimes four columns. While the subjects are always shot at a moment and seem to be active, the crop on their face is so tight that it’s difficult to enjoy the photograph or understand its context with such little breathing room.

That isn’t to say that Zaman doesn’t do any wide shots, though. Often times, the only non-subject photographs are in fact taken at very wide angles, making the diversity between photographs very small. Photographs are either usually wide shots of large crowds doing something — and while they’re interesting images, they get redundant in looking from page to page. Or, on the other hand, the photos will be tight, but cropped into someone’s face which serves little purpose for the reader. 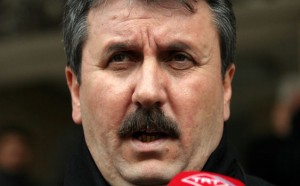 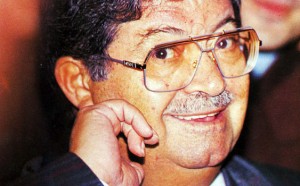 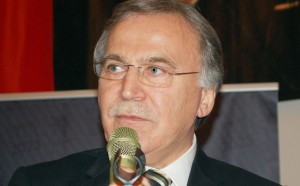 Here’s an example of one of the wide crowd-shots often shown on the front page. 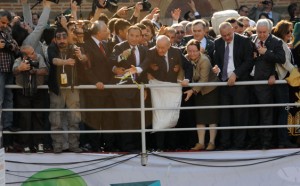 As you flip further and further into the paper, though, the photography gets better and better, which makes me think that Zaman perhaps just stuggles with news photography. For example, the features section uses lots of photo illustrations and staged photography, from fashion photography to food photography to cut out images incorporated into graphic illustrations. Zaman also shines when it comes to sports photography, capturing great moments (mostly soccer) and capturing a lot of emotion in their photos.

In the other sections of the paper, as you move farther from news, you see more photographs with type over them, though they’re usually graphic illustrations. Often, it’ll be a cutout image over a solid background that has type over it. Sometimes during (what seem to be) huge sports games, large, all-caps text will be placed on the photo. Other than that, the paper will usually keep photos in their natural form, altering them only to make cutouts, scattered across the front page, or enlarged for a photo illustration. The teases often crop photos in interesting, unique shapes, such as last example. 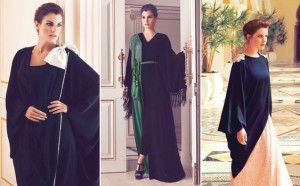 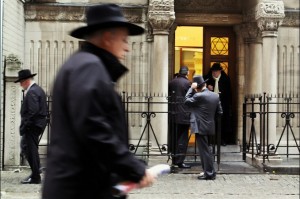 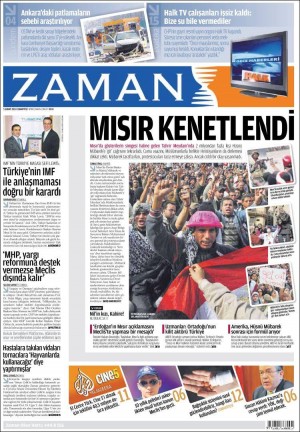