Zaman’s use of typography is incredibly consistent —  there’s little variety throughout the entire paper. Their main headline typeface is a sans serif, possibly Gedau Gothic. The typeface is a regular staple of the paper, however, and doesn’t diversify the stories at all. It’s hard, bold nature makes every story seem like an important, hard-hitting story. Besides the body copy, only one typeface on the front page isn’t in Gedau Gothic, which happens to be the serif nameplate. 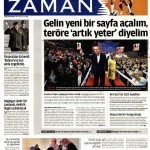 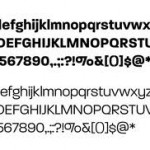 Personally, I find the lack of serif typeface on the front page concerning. I understand that sans serifs are clearer and more distinguishable in a headline, but what about when Zaman runs a more light-hearted story on the front page? By using a serious sans serif rather than a serif typeface, the paper could be using typography to send their readers the wrong message.

The kickers, see-lines, bylines and datelines are all in all-caps, differentiating them from other typographical elements while still retaining the Gedau Gothic typeface, which I admire to an extent, as it establishes a sense of regularity across the paper. Cutlines and infographic text are also in the same sans serif typeface to separate them from actual body copy, so that readers don’t accidentally associate them with part of the story.

These typographical elements are consistent through the paper until you hit the feature section, when the typography suddenly shifts to a thinner version of the Gedau Gothic typeface that’s smoother and easier on the eye, going along with the story presented. Still, the sans serif all caps headline makes the story seem breaking-news like, putting into question what could happen if the paper chose to ran a more subtle, not so bold story. 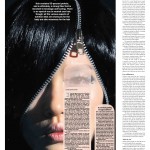 From what I could see, Zaman doesn’t appear to use typography too creatively (as a design element), besides placement of paragraphs and text on unusual places, as displayed in the body copy placed in an opaque box on top of the face of the woman in the illustration above. While other newspapers will experiment with different typographical graphics and world play, little of that is seen in Zaman.