Every time I look at this magazine, I know I picked the right one to dissect for this class. ESPN The Magazine is so unlike any other magazine I’ve looked at in the past, and though that makes it hard sometimes when it comes to these assignments, it also is a lot of fun to look at.

When it comes to the use of photos in ESPN, there are really two basic types of photos. There are actual game/event photos, and there are photos that have obviously been set up with athletes at some type of photo shoot. However, the action photos are used in a lot of unique ways. 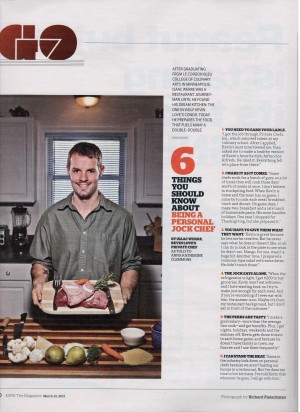 First off, ESPN uses a lot of cutouts of athletes in action. They do this to a point in stories, but they do a lot of it as part of side stories and graphical featurey things. Another thing that they do is a lot of Photoshoping action. They use a lot of photos that have either a doctored background or a completely different background than the original photo. This adds to the edgy, funk that ESPN The Magazine exudes and something I think they do extremely well. 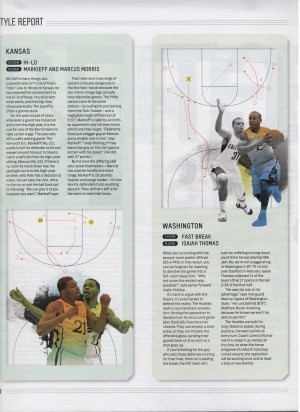 The majority of the photos used in the magazine are square in nature and take up maybe a quarter of the page. However, in some of the larger features, a photo can take up an entire page and the text for that page will simply appear on the photo. One thing that they do a lot though that I like, is they will cut off some of the background behind an athlete, allowing the body of the person to break containment of the border of the photo. This gives the impression of something like a partial cutout, and it’s something you don’t see very often. 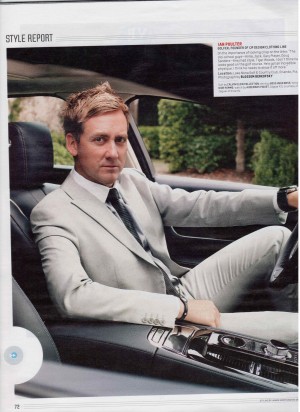 Overall, ESPN The Magazine uses its photos in a few various ways, but from what I’ve seen, that carries over from issue to issue. Similar to a lot of things I’ve reviewed about this magazine, I feel like this offers just the right amount on continuity and edginess. 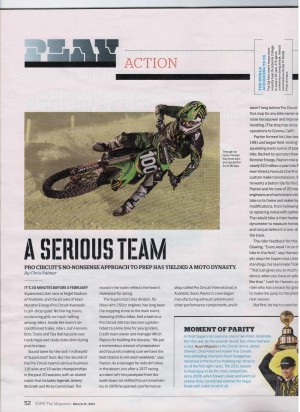