For the Color field note assignment I will be analyzing the November 2019 issue of Fast Company. The first thing that became apparent to me after flipping through the magazine looking at their color choices, was that Fast Co. doesn’t shy away from color. Instead it plays a strong, behind-the-scenes type of role within the magazine. Fast Co. as a business magazine doesn’t play with color as much as a fashion magazine or more heavily designed magazine might.

Instead they rely on bright pops of colors throughout their book to give the content a modern, and fun aesthetic. They utilize a lot of different colors in their section markers, dingbats, pull quotes and other smaller elements on the pages, while keeping a majority of the actual pages white, gray or the reverse with black background and white text. I think this use of color with smaller elements makes them pop, and adds to the visual hierarchy, which usually emphasizes the importance of the story, photo, or illustration before anything else. 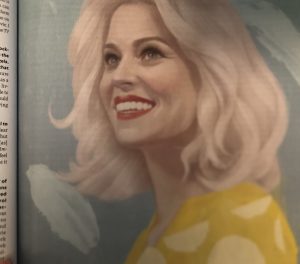 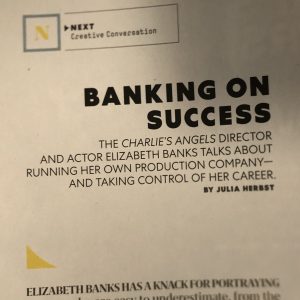 Something else that I found notable is that each story or spread get it’s own little color palette, usually just a color or two that is present in the above mentioned elements and is pulled either from the main illustration (which there are a good amount of in Fast Co.) or the main photo, of the story. Even within the same section the section head and colors on the pages can be vastly different. I think this helps the magazine maintain a fresh feel. 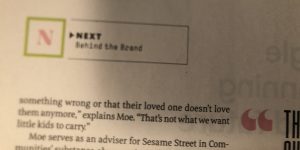 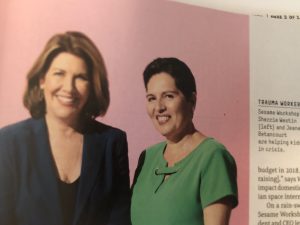 Usually they don’t play around too much with the heds, deks, cutlines, and display copy. It’s either black, gray. I think this reflects their emphasis on scorched earth reporting and their audience that, at least for the print edition is older, affluent and highly-educated and perhaps isn’t the type of crowd that would enjoy wacky colors while reading a story on capitalism. Unfortunately I wasn’t able to find their color palette/guidelines online. But after looking at several issues of Fast Company I definitely see some staples like the yellow they often use in their nameplate or the blue (shown in pictures below) that often accompany one of their feature stories. But in the grand scheme of things I believe that they often switch up their color palette, issue to issue, based on what visual components they have to work with and based on the time the magazine will come out (because they’re a bi-monthly magazine). 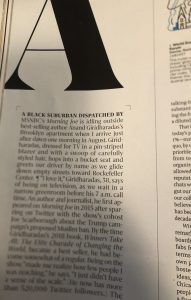 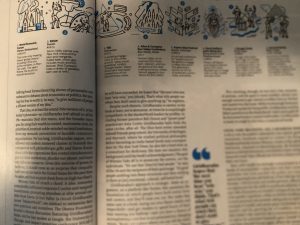