National Geographic uses very little furniture, and uses a lot of white space instead. However, since the magazine’s design was revamped last year, there are a few new elements, which make use of lines as indicators and separators.

First, the department fronts are indicated with a yellow vertical bar ( | ) which contributes to the yellow identity of the brand. The bar provides nice organization and contrast for the title of the department. 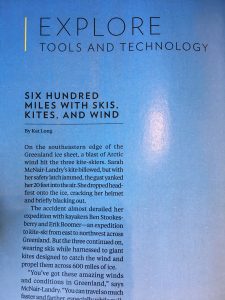 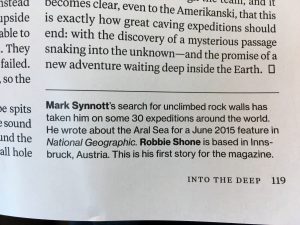 The beginning of the longer articles is often signaled by a large area of white space above the story, with the headline in larger, bolder text than the byline and photo credit above it. This use of white space is another way that Nat Geo signifies a new piece. Though this isn’t technically furniture, the white space is used to move the reader through the issue in the same way that furniture does. 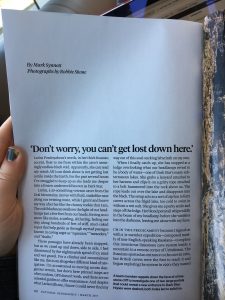 In every issue, the “Startalk” interview is distinguished with a yellow bar lining the bottom corner of the page. This is the only story which has these yellow bars, and they are placed on every page of the “Startalk” article. This creates consistency between issues while also distinguishing Startalk from the rest of the stories. 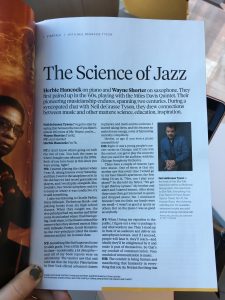 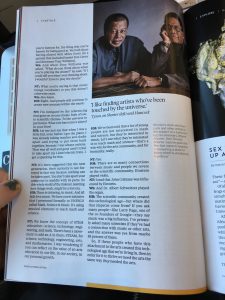