The Washington Post tries to push the envelope slightly, but I think they still fall in the same category as much American newspapers. Most of the pages are dense and text heavy, with the insides lacking color and interest. However, there are some surprises throughout the paper and some of the front sections are effective in grabbing the reader’s attention. Since it makes sense that papers put their most effort on the front page to get people to pick it up, the A1 is the most attractive. But other front sections like the From Page One make use of color and infographics. 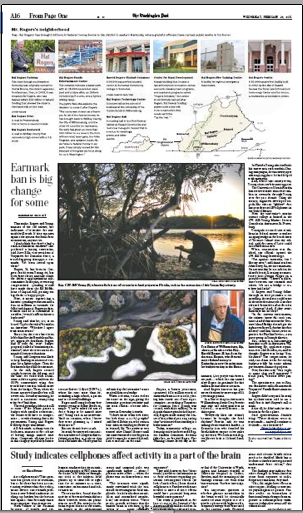 The Post’s sections are broken up as follows: Politics & The Nation; The World: Economy and Business: Washington Business; The Fed Page; Editorial; News; From Page One; Style; Sports; and the rest specify sections for real estate, automotive, and classifieds.

For Local Fronts: Many of the local fronts are dedicated to business content and hard news even though there is a section for lighter editorialized material. Because much of the material is hard news, it seems as if the fronts reflect the content and are dedicated to squeezing in as much content as material. This causes the fronts to feel dense and more like a challenge. Even when they incorporate color and photography, it feels info-packed. But to make up for this overwhelming amount of information, the paper attempts to organize its material with a strong hierarchy. Here’s an example: 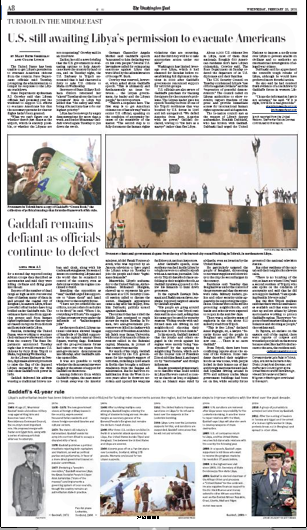 The paper also maintains its use of powerful headlines, which mimics the A1, too. I think they actually rely more so on the headlines to grab readers’ attention.

With that said, The Washington Post seems to devote a lot of energy to The World section of its paper. This section typically has a lot of pages, and the opening of this page has lots of great, colorful photography, which helps break up the full 6 columns of text. 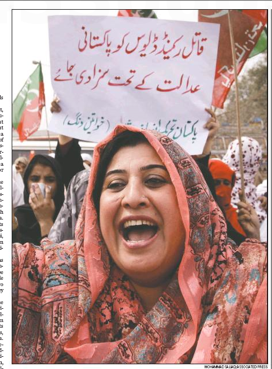 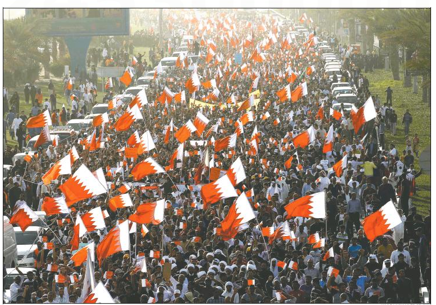 Though other front pages are less colorful than The World, they are stronger in other areas. In the Economy and Business section along with The Markets section, this paper makes great use of infographics to help simplify the dense content. It also helps add some white space to the pages, albeit minimal. And again, throughout the entire paper, The Washington Post relies on strong headlines, even within its inside pages to represent the story and make up for lack of visual interest. 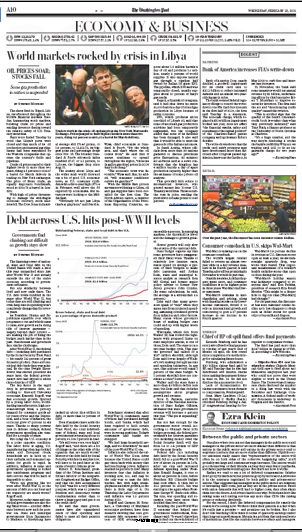 As for the advertising throughout, it varies with each issue. Overall, however, it doesn’t seem as if too much of the paper is hogged by ads. Occasionally they’ll be a ½ page ad, but typically the paper uses small ad space.

I think the local front that’s most appealing is The Style front, which feels most like a magazine. It uses color, great photography, a new typeface, and cutouts and pullquotes. I think the use of white space also makes this page feel different and readable…and it only makes use of four columns of text which makes it feel less dense. 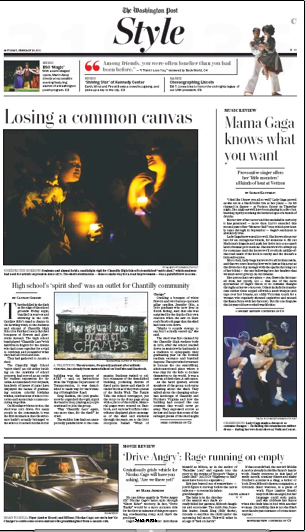 Towards the middle of the paper, there’s occasionally a section included called Names & Faces. Because this section includes pop culture references, it relies on more lighthearted feel with its use of color and a touch of white space. Compared to the A1, I think this section diverges most from its look. But at the same time, I think The Washington Post still struggles with making good use of white space because even this lighter information feels dense. 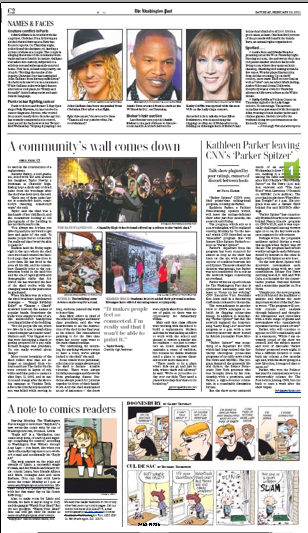 Inside: It’s clear that this paper devotes more energy to certain sections than others, and probably because these sections are read more by readers. As mentioned before, The World section doesn’t just use color and visual interest on its first page. The entire section uses color, infographics, strong photography, and bold headlines.

On the other hand, certain sections open up with color, but the moment you get past its front, you’re left with boring, dense, black and white pages. This approach is exemplified in the News section of the paper. Perhaps readers attend to this section to get detailed information. But they certainly are not guided with any color or white space. In fact, this particular example only incorporates one photo on the entire page, and still, the photo takes up about 1/20 of the actual page. In my opinion, it would be very, very hard to get through all of that information even though they made an effort by using 5 columns of text as opposed to 6. 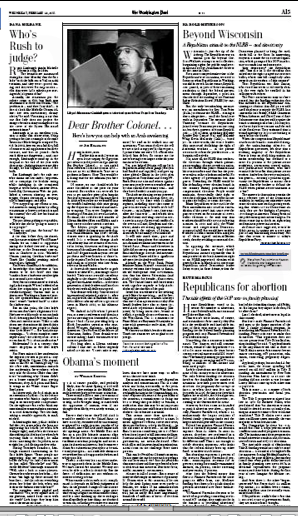 Though many of the inside pages mark the paper’s weak points, it seems as if infographics are being used more and more to reflect heavy, difficult material. Especially in the markets section that’s filled with information on stocks, the paper effectively uses graphs and color to make this boring information visually interesting to those who are interested in digesting this material. 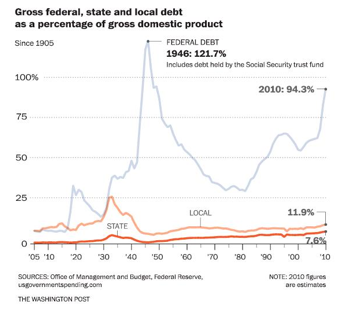 As for some of the paper’s strongest points regarding the inside pages, even though it squeezes in so much information, the information is most often news, not advertising. After flipping through several issues, I’ve noticed it’s rare that I’ve been distracted by the advertising. I think it values its readers and recognizes their interest in the news, not on being sold information. Still, there have been occasional pages that are overwhelmed by advertising, but it typically reflects the content in that section so could be of use to readers still. 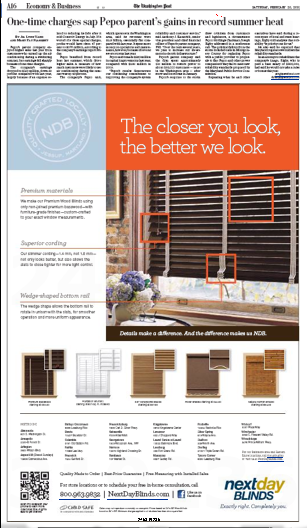