Format: Bon Appétit is a monthly magazine. (The last standard issue was a combined December/January issue, but a special issue on roasts was also released in January.) The February issue has 108 pages. Its dimensions are roughly 8” x 11”. In these ways, it’s a pretty standard magazine, maybe a little thinner than the other publications around it on the newsstand when I bought it. Since it’s thin and close to standard paper size, it’s easy to carry around in the kinds of bags that people carry daily. I think the monthly format works well; it keeps the recipes feeling new and compliments seasonal recipes well (think Halloween, Thanksgiving, and Christmas-specific food).

Margins: The outer margin varies anywhere from 1/4” to 1/2”). The inner margin varies anywhere from 5/16” to 1/2”). Sometimes the inner margin is split in half by a rule, cutting off what would normally be a full-bleed picture. The bottom margin is usually 1/2”, but on pages without a folio (or with some sort of alternate folio), it gets as small as 1/4”. Top margin ranges from 3/8” to 5/16”, but is usually 1/2”. This surprised me; I always assumed every page in a magazine had the same margins.

Grid: As many as five and as few as one column were used. Gutter size was consistent throughout at 1/8”. Sometimes, the designers divided pages into boxes to delineate different sections more clearly. In this case, the contents of each box had a 1/8” margin on all sides.

Layout and white space: Many spreads use one big photo on each page, the main exception being the “Starters” section, which is a top-10 list of short tips and stories. When multiple images are used on a page, it’s done so very strategically: to illustrate sequential steps or to provide examples of a broad topic like Morocco or healthy living in LA. Sometimes illustrated icons are used to add more A recurring technique used is photographing a plate on a neutral background, so that text can be placed around it. On busy backgrounds, the designers create their own white space by putting text in solid-colored boxes. There’s only one story with long-haul text (3 pages, although the first page just has pictures, the title, and the deck); the others are recipe pages and visually-driven listicles. 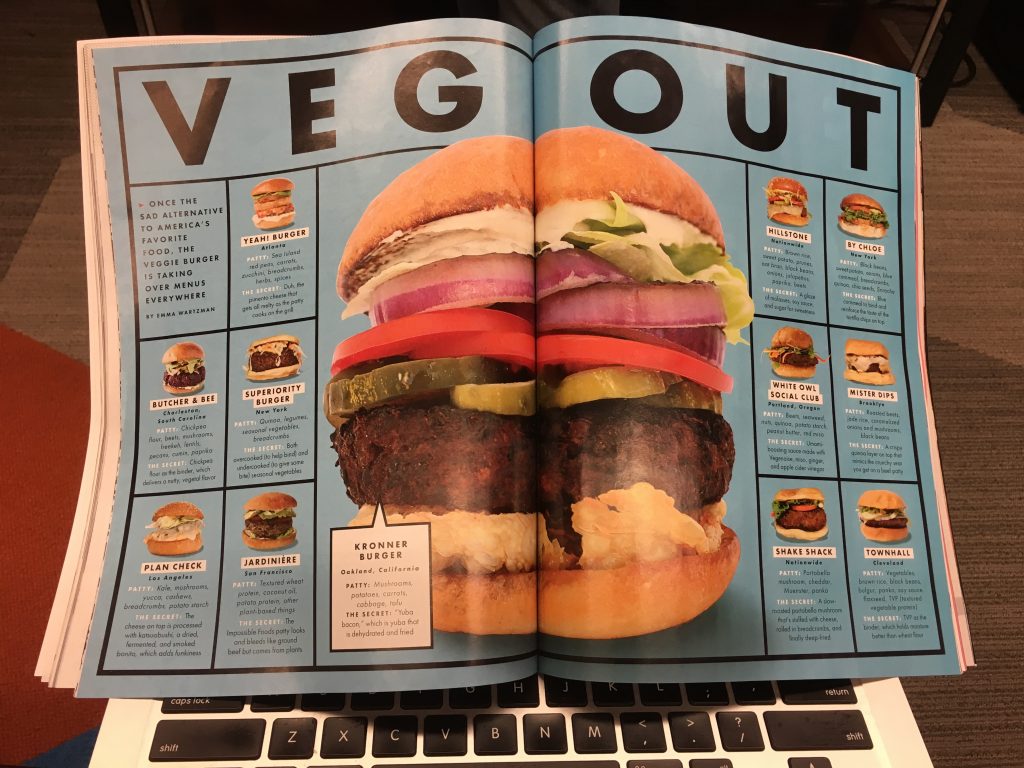 This spread is one of the few with multiple images on each page; it also had the smallest margins (so small that the folio couldn’t fit). This is also an example of how the designers used rules/boxes to divide up a spread. 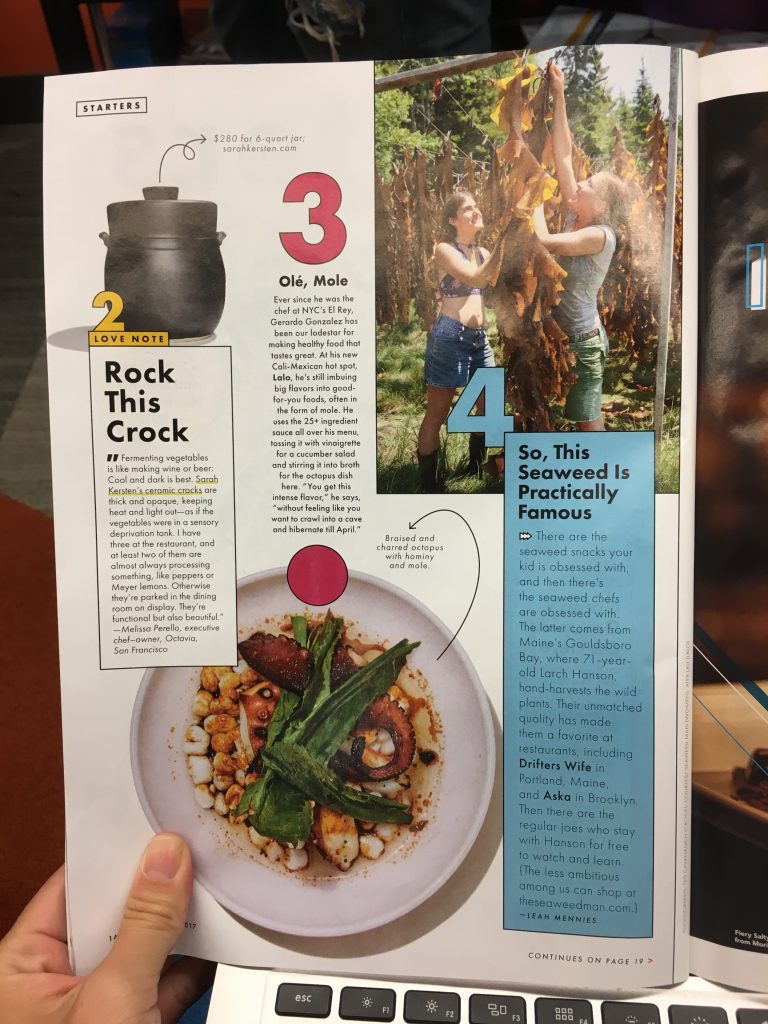 Here’s an example of where the designers created their own white space with solid-colored boxes. Note the “double margin” on the inside; a photo credit was placed in the innermost section. 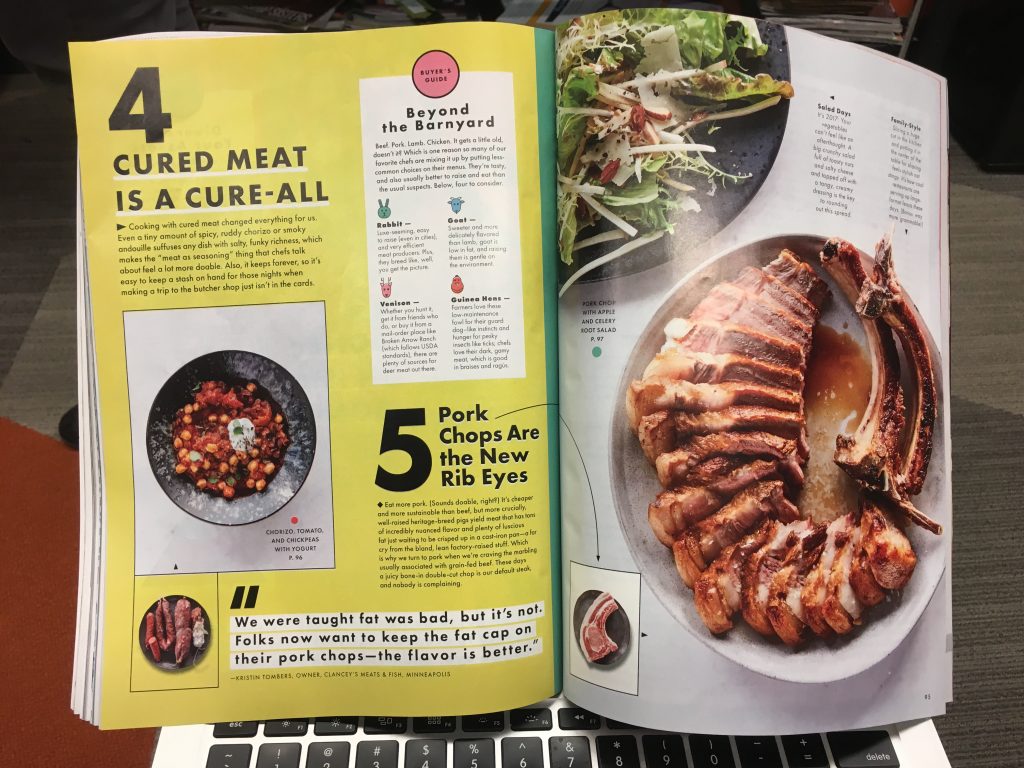 Full-bleed images with text in the white space (as seen on the right page) are common throughout the magazine. Also note the use of smaller “before” images and illustrated icons.