El Universal’s website embodies an adjective I think all of us are all too familiar with: busy. It’s really exceptionally cluttered — not unusable by any means whatsoever, but definitely cluttered. There is so much text, so many photos and so many modules, too. The website clearly uses a grid structure, but still, it sometimes seems like all the modules are just floating around because there are just so many of them! It’s really overwhelming to the eye — or at least it is to mine. 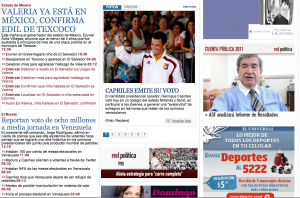 I think the navigation is where the website first comes up short in design — again, it’s useable just because we’re used to seeing a nav bar at the top of the page, but there are just so many links. I’d be surprised if there weren’t ways to combine some of the categories and condense the entire navigation. If the first tier of navigation wasn’t enough, there are even more subnavigation links under the initial navigation links.

The typography, even though there is so much text, is done pretty well, mostly at the top of the page where the biggest headline mimics that in the print paper — same typeface and same overall effect.

There are a million photos on the homepage as well, and while it’s great to showcase visuals, they aren’t being displayed in the best way possible. When the photos run so small, they lose their effect because users can barely see what’s happening. And, when so many of them run, they all compete for attention. There’s really not a single dominant image on the page, and I think that’s a pretty significant weakness of this site. That’s something the print A1 struggles with a little bit too, but the printed paper pulls it off a little better than the website. 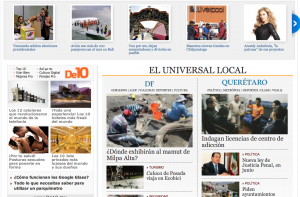 Color choice on the homepage makes sense for the most part — it matches the print paper with the dark blue, dark red, gray and black, but there is also a brighter blue used on the site, and I can’t put my finger on why it’s being used. If the rest of the color scheme mirrors the print paper, why is there one random color that doesn’t seem to fit? Sure, it’s blue, so it’s related, but it’s much more like a Web 2.0 blue than a specific color for the publication. I don’t think it’s a necessary addition to the palette. 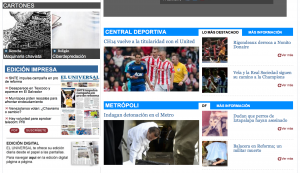 Quite unfortunately, the second-tier pages are structured and formatted just like the homepage. Individual articles are formatted in a pretty standard, understandable way, but I find it strange that the section fronts on the website don’t have a unique visual identity. A section front appears to be just a condensed version of the homepage with all content related to that section, and a section flag/nameplate. But as for visual identity, there’s no distinction where there should be. (The following three images are all from a second-tier page — notice how similar they look to the others posted before, which are all from the homepage.) 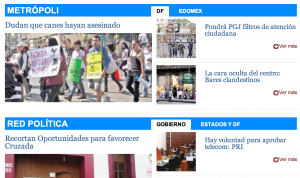 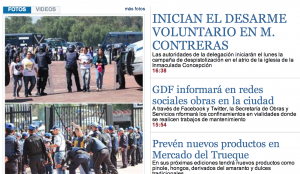 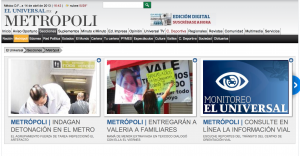