Entertainment Weekly is very photo heavy. The images that they use help drive the reader forward for each story that is featured. Usually when it come to these particular images, they reflect the overall theme of the movie or tv show that is featured for that issue. 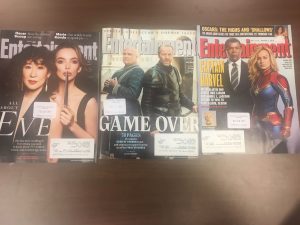 The colors and typography of the cover hints at what is in story for the reader. When looking into the stories that are featured I noticed that they tend to use the colors presented in that particular photo to highlight items found in the article, for instance to underline the drop cap, quotation marks, and the sidebar. 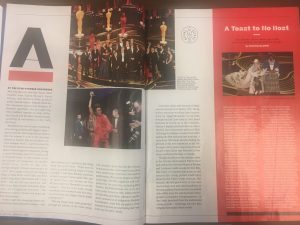 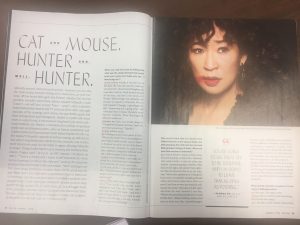 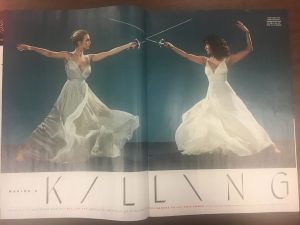 The typography was usually located next to the photo, of was used in a way that reflected the tone of the article. But it never took away the reader from the photo and only added to the overall theme. Even the captions were rarely placed inside of the photos, and were usually located outside of the image, either below or beside it.

Shape:The shape of the photos in Entertainment remain consistent in the fact that they seem to favor horizontal rectangles as their photo choice. They tend to stick to mostly medium and tight shots, for their photos. The amount of wide shots that are present tends to depend on the feature that week, but they are not as common as the medium shots. There are many cropped images in the magazine as well, with “cut outs” of that particular celebrity. The most common example of this I saw on their feature in the back of the book, The Bullseye. 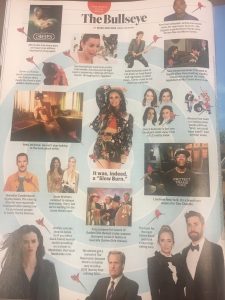 Illustration: The illustrations that are found throughout the magazines, usually depend on the issue for the week as well. I noticed that in the regular issues they usually only have a few pages of illustrations that are spread out and seem to not take away from the overall story. The style of these varied from vector illustration to photorealism.But for Collectors or Special Editions, they seem to more at the forefront of the pages, taking the place of the photography. For instance in the Game of Thrones edition, with almost the entire magazine featuring the tv show. The content not only included images of the cast, but also illustrations of characters, and specific scenes. There were many different styles of illustrations provided for these special issues. 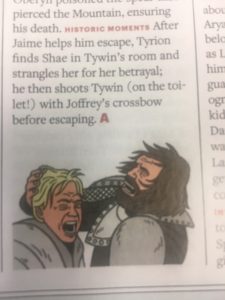 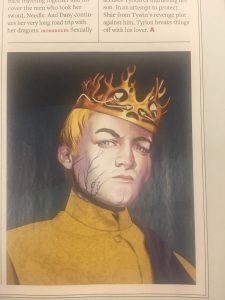 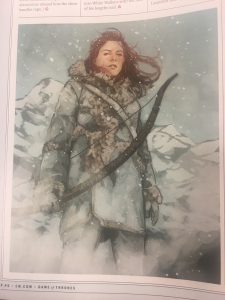 Conclusion: After looking closely at the images, I noticed that Entertainment Magazine, will focus on something in that particular TV show, or Movie and put it upfront for the reader to notice. For Killing Eve they focused on the use of knives, for Captain Marvel they used Goose the Cat. These items become the main focal point for the reader to use as reference point of that story.