Being that Esquire is a fashion magazine, the photos are shot in a more fashion perspective, in my opinion.

For the department “The Code” the photos are a full page. This section is called “The Code” it is suggesting the new “rules” of the quarter. The models in the picture are active for the most part and are showing off the code that the editorial board is suggesting. 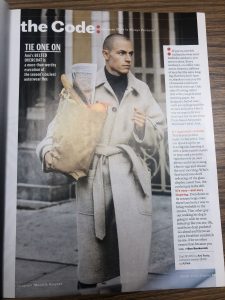 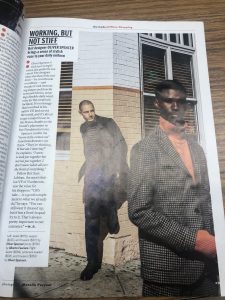 For the department, “The Big Bite” image size varies completely. There are big pictures of celebrities and some small ones. When the thing being featured in the section is a person, the pictures tend to be larger. There tends to be a lot of picture sin this section that makes the eye jump around from one corner of a page to the other. Also, there are a few service pieces that are supposed to help readers with purchase decisions. 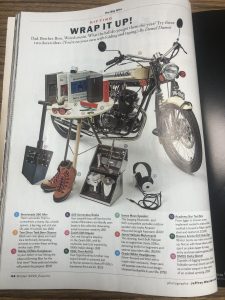 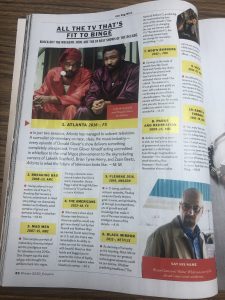 Also, in this section there is a collage. Some people may find this tacky, but I think that this adds a little bit more of the “fun” element in Esquire. It works because it makes the magazine a little less boring. 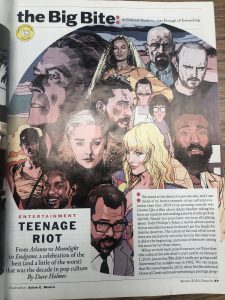 For fashion features, pictures tend to have more active models with smiling faces. This works for Esquire because it allows for the reader to feel like the magazine isn’t “stuck up in nature.” Esquire also has captivating and fun fashion spreads compared to some of its counterparts under the Condé Nast umbrella. This works in Esquire’s favor, because it shows the reader that fun is still available even in men’s fashion. 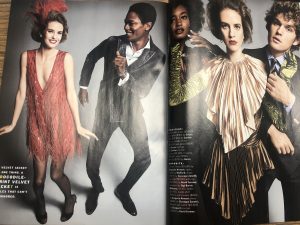 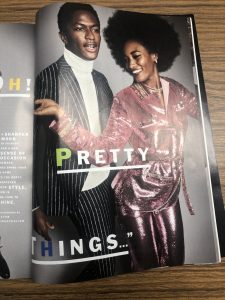 When it comes to the features in Esquire, the images tend to be a full page. Sometimes the photos for a feature story bleed over. This works for Esquire because it helps the reader focus on the point of the story, the person or thing being featured. 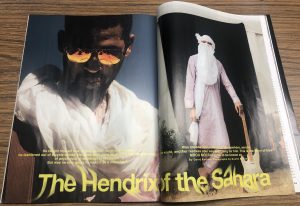 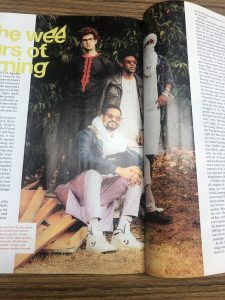 I think that the editorial board strives for engaging, sometimes provocative, and fun pictures. I think that in the past, serious and provocative sold, but in today’s world, fun and engaging is what helps magazines seem more appealing to consumers and readers.

Overall the technical image design of Esquire varies and that what helps make the magazine captivating, interesting and engaging. With varying sizes, colors, and themes; the images in Esquire are what, in my opinion, helps it stand out amongst its competitors. Also, the fact that Esquire does actually focus more on fashion than its counterparts, does help it to be more creative visually. Although the design scheme of Esquire has changed over the years, the original thumbprint still thrives in between the pages of Esquire.