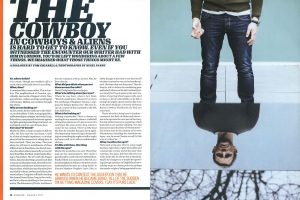 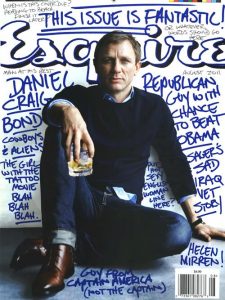 Typography
Esquire doesn’t shy away from using a variety of fonts. They use modern, bold and playful fonts which connect the departments and features smoothly. They toy with weight, sizes, and have introduced new typefaces in the past. 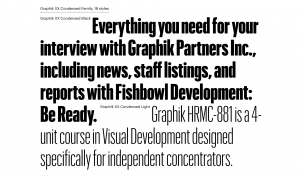 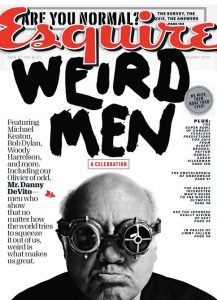 In 2011, Esquire remodeled their look using a sans serif font, Graphik from Commercial Type. The font was released in 2009 and offers nine weights and seven different widths. Created by Christian Schwartz, the Commercial Type website says that he found some inspiration from looking at the “expressive possibilities found in ordinary sans serif typefaces.” He also was introduced to Modernist graphic design. 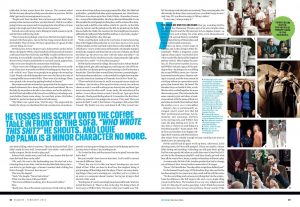 The Graphik collection has a range of weights and sizes that lead to smooth transitions from pages, from a heavier bold font being used for a feature or is presented as a more supportive font in editorial, pull quotes, or side bars. To compliment this font, they had a new font designed, call Granger. The name is in honor of David Granger who was editor-in-chief of Esquire from 1997 to 2016, handing over the title to Jay Fielden. This design is usually in all caps. For most of the body of text within the magazine, they use Mercury Text. 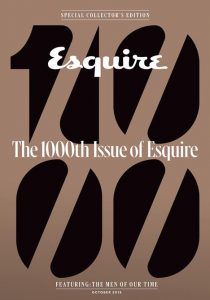 For the 1,000th issue, Esquire commissioned Christian Schwartz again for the special issue. They named this new serif headline, Gingrich, in honor of the founding editor, Arnold Gingrich. The font face was designed to compliment the existing collection the magazine had, including Granger, Graphik, and Esquire Text. The last text was designed under the direction of Robert Priest while he was editor-in-chief in the 1990s. It was eventually released as Mercury Text by H&Co. Granger appears more circular in design, whereas Gingrich is sharper and more triangular, which offers a more condensed, sharp type face, especially for a headline with more weight. 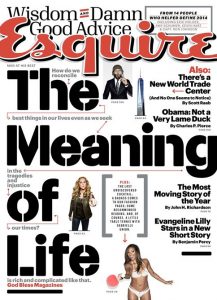 An example of Stag font.

Sometimes Esquire combines Graphik with Heroic Condensed, which depending on the use of the eight weights it offers. It is structured yet geometric, and can be lean in some weights used. This font is much different than what Esquire used to use, such as Crank 8 and Stag. 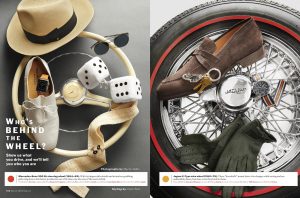 The reviewer of the update to Graphix, on the website, www.fontsinuse.com described these styles showing up on the pages, “felt like a dad trying to wear his son’s clothes.” Graphik fits the personality of The Everyman, which the magazine carries throughout their pages. 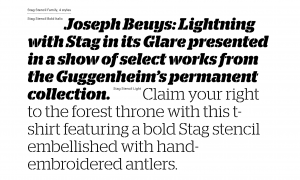 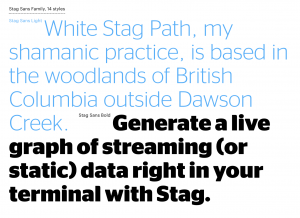 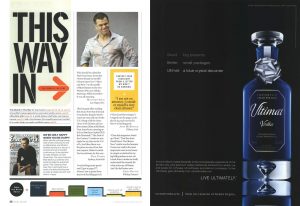 With the variety offered in this font, the upper-case, to lower-case, to italics, and even heavier weight cover every man, who even if their style and interests vary some, they have class and are men at their best.

The cover usually has different weights designed for each teaser. As they go in more depth with additional information on some of the inside stories, the font may be more narrow or smaller size, however, they still play with all-caps and make the teasers stand out, no matter where hierarchy is placed or the use of color. 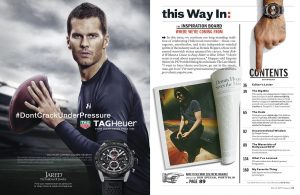 For the department “This Way In,” the typography varies between issues but there are various weights and fonts used, to prevent the page from appearing too uniform or organized. The design does not appear chaotic but does use unorganized placement to keep the innovative and trendy look that they carry out through the issue. 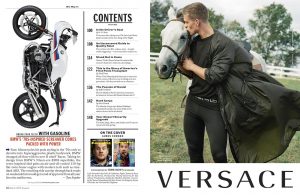 As we get to the TOC, there is more organization but the design still includes some heavier font to mix with the contents section and for the title to the inspiration board on the page above, which goes deeper into a topic mentioned later in the issue. There is also a write up about recent releases or an update to a bike like the BMW R-90S superbike shown in the figure to the left. 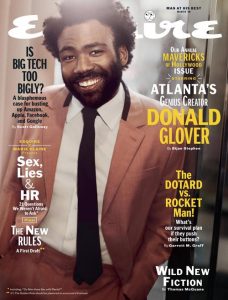 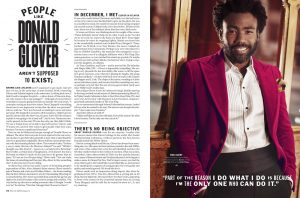 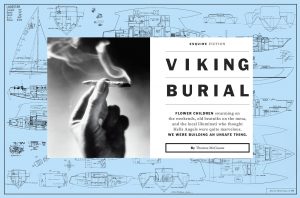 Language
From the teasers on the cover to the TOC, leading into departments and features, wit is present, loud and clear. Their tagline is “Man At His Best” and their language attracts their audience with humor, intelligence, politics, guides from hobbies to style and even relationships, with everything connecting through a voice that has a reputation for being well-read and knowledgable in current affairs, aware of trends, well-connected with celebrities and individuals admired and respected, while covering topics and features that will keep men at the top of their game. 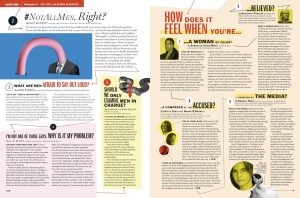 Whether women are featured who are voted the sexiest woman of the year, or the woman featured is a favorite comedian, the articles offers a funny or unique spin on their background or life at the moment. 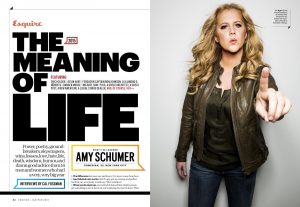 Their media kit state that their content is built around style, news & politics, entertainment, grooming, and culture. 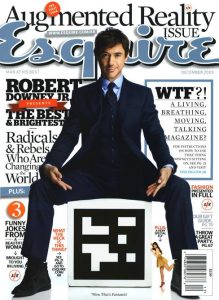 The language is shaped for the well-connected man, communicating sophistication yet not taking themselves too seriously. When reading teasers on the cover, I picture a group of friends who have gotten together weekly since their college days. They meet for a few drinks, some bourbon fans, other scotch, with some gin men mixed in. Their professions scan from lawyers to advertising execs, literature and history teachers to pub owners and a basketball coach. No matter what their income is, they have something in common and their conversations spread from sports and work, to politics and the next trip they’re planning.

The teasers are often blunt, descriptive, entertaining, and will have run-on titles where they continue to describe the story or try to outright convince you to check out that specific page…in case you’re doubting it.

Some teasers that stand out from covers I’ve looked at: 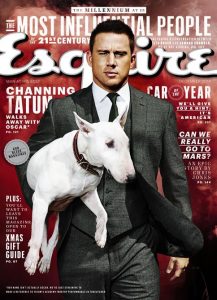 Mr. Danny DeVito- men who show that no matter how the world tries to squeeze it out of us, weird is what makes us great.

Do You Have the Guts to Read About America’s First Penis Transplant? 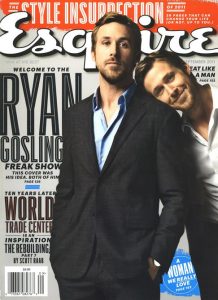 Welcome to the Ryan Gosling Freak Show
This cover was his idea. Both of him.