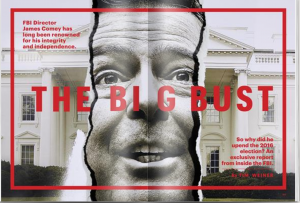 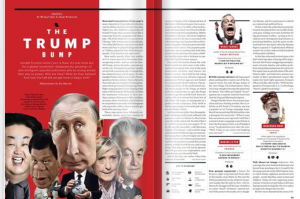 Esquivel is the font used for the logo and granger for sub-headings. Esquire mixes these fonts well and gives its a clean look even with the differences between the logo and the subheading. The use of granger as a display fonts to catch the attention of readers continuously. 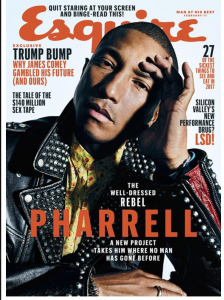 The mix of fonts does not disturb the clean-cut look of the magazine. The editors thought about the audience they were printing for with the use of masculine fonts. These fonts are bold and direct like esquire men are supposed to be. The magazine is consistent in its use of a serif for the title of the section, a san serifs for the body and this looks effortless within the magazine. This mixture is done with the headline as a serif and the bylines and body text as sans serif.