The cover of Fast Company magazine serves as a place to highlight the most important stories in the given issue. Sometimes there are several coverlines and other times there is only one story that is given prominence. For example, the February 2018 issue’s only cover story is “How to Lead with Optimism: 185 Inspiring Lessons for a World in Transition.” 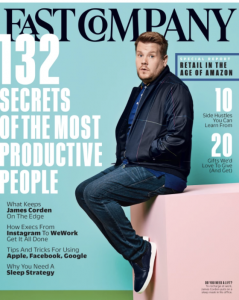 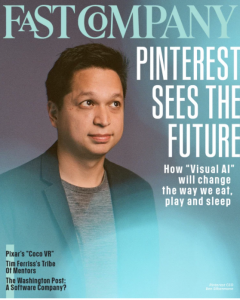 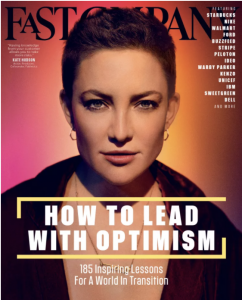 The images that are featured on the covers are portraits of business leaders or individuals who are the subject of a story in the issue. By placing prominent people on the cover, it creates a sense of authority. It also gives readers the sense that the publication “puts people first.”

When it comes to the nameplate, “Fast Company” appears in black and at the very top of the cover. Although,  the color and position will change in order to allow for variations in cover photos or coverlines, particularly for special editions, as shown below. 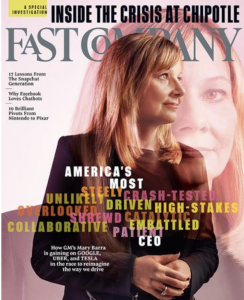 The majority of issues feature a nameplate that is partially covered by the person in the portrait, but there are also covers where the nameplate runs over the portrait, like in the June 2016 issue with Lin-Manuel Miranda. I think having the nameplate partially covered by the person in the portrait gives the cover depth. The most important coverline is rarely at the top but is emphasized by size and/or color.  Lines and boxes are also used to draw attention to the most important cover line. 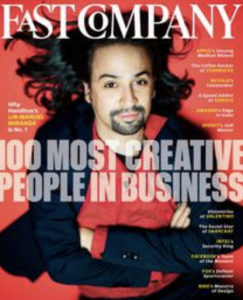 Fast Company does a good job at creating consistency while also leaving room for variation. This carries over from the cover into the table of contents and the body of the publication. The TOC also utilizes pictures of people. This is consistent among the back issues that I ordered off the Fast Company store. 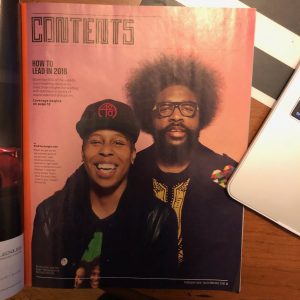 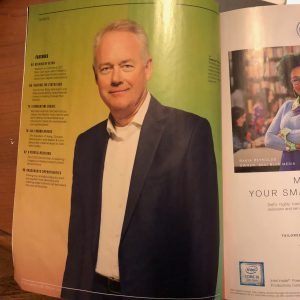 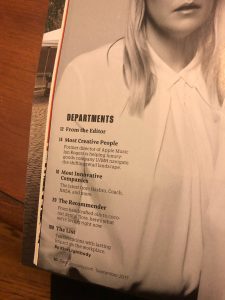 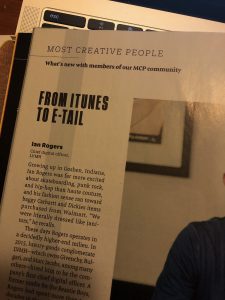 Fast Company utilizes a table of contents AND a departments page, as shown in the image above. The department fronts and signified with a label in the top left hand cover. The departments are consistent from issue to issue. The departments vary in length, some have several stories and others are only comprised of one.