Something essential to note about bitch magazine’s imagery is certainly its preference for illustration over photo. The magazine quite rarely ever uses photos and will only specifically use photos for photo essays, like the examples below: 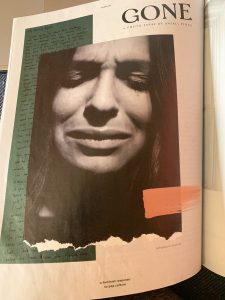 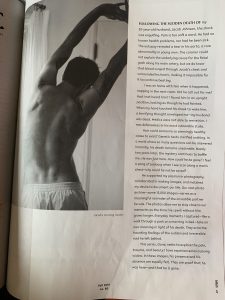 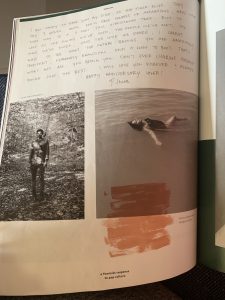 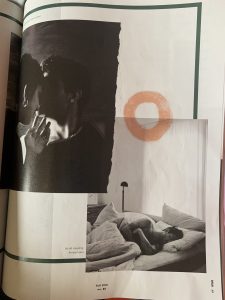 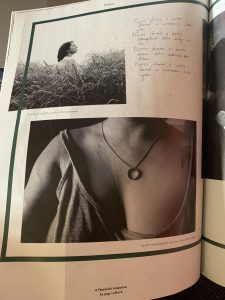 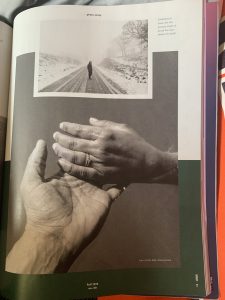 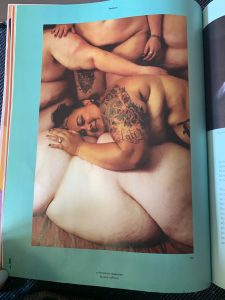 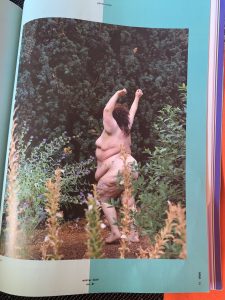 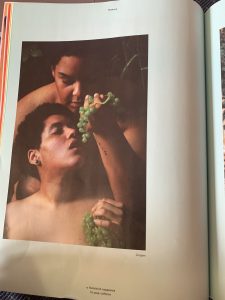 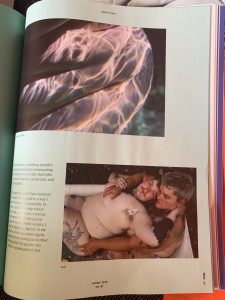 As you can see from these two examples of photo essays, bitch tends to use large rectangular cut photos that take up a good chunk of the page. The photos are also rather graphic and in some cases, close up to human body parts. The magazine also likes to use color in anything they do, which is why it is interesting why it chose to do a black and white photo essay. While the latter photo essay not only pops with color from the sharp photos themselves and the bright blue background, the former photo essay lacks in color, but definitely makes up for that with the splashes of pink organic shades and shapes throughout the photo essay. The magazine certainly also does not lack in the creativity department, as while the photos may be in black and white, the magazine makes up for the lack of color again in this essay, by changing up the shape of some of the photos a little bit, and creating a sort of ripped edge along the borders that is not smooth or polished, but certainly catches the reader’s eye and is still aesthetically pleasing. 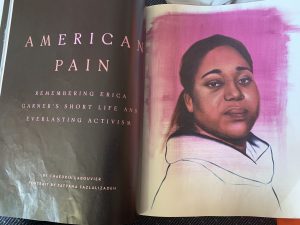 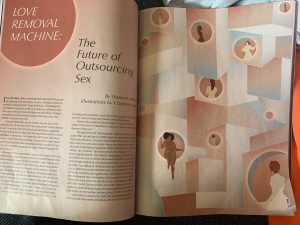 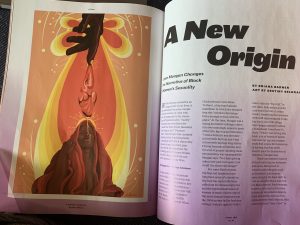 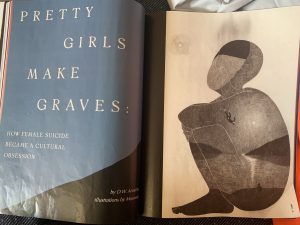 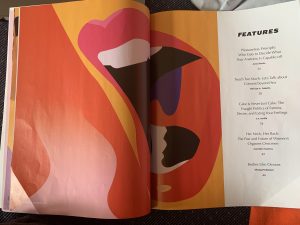 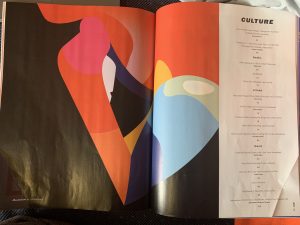 Lastly, the magazine will sometimes change things up even more (which, of course, only speaks even more to its creativity) and include a collage somewhere in its issue. In its last issue, rather than utilize a mere single photo or illustration, Bitch cleverly utilizes a whole collage as an art piece to accompany the last story, which is quite rare for a publication to do, as I have not seen this in many magazines before. This certainly keeps the visual aspect of the magazine refreshing and keeps the readers on their toes, as we can never really know what to expect next when it comes to bitch magazine’s creativity and inventiveness! 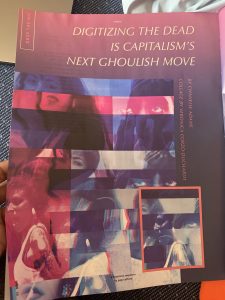