A Condé Nast publication, bon appétit, uses color in a very intriguing manner creating a symbolic narrative in alignment with the literary narrative. The color schemes are usually a derivative of the images and illustrations that are used in the stories. As mentioned earlier in the Images, most of their photography is curated and staged. In this manner, they have control over the color scheme trying multiple permutations and combinations.

In bon appétit, the colors are usually useful in reflecting the tone of that issue. Since it is a food, drinks and lifestyle magazine the colors play a significant role in translating the topical issue be it a health issue or a holiday issue. Most of their graphic elements and images are full bleed which makes them a prominent visual component.

While playing with a series of solid hues and colors, this is contrasted with leaving the other side of the page white which I guess works well where the color and the white space get balanced in the visual composition of the spread. 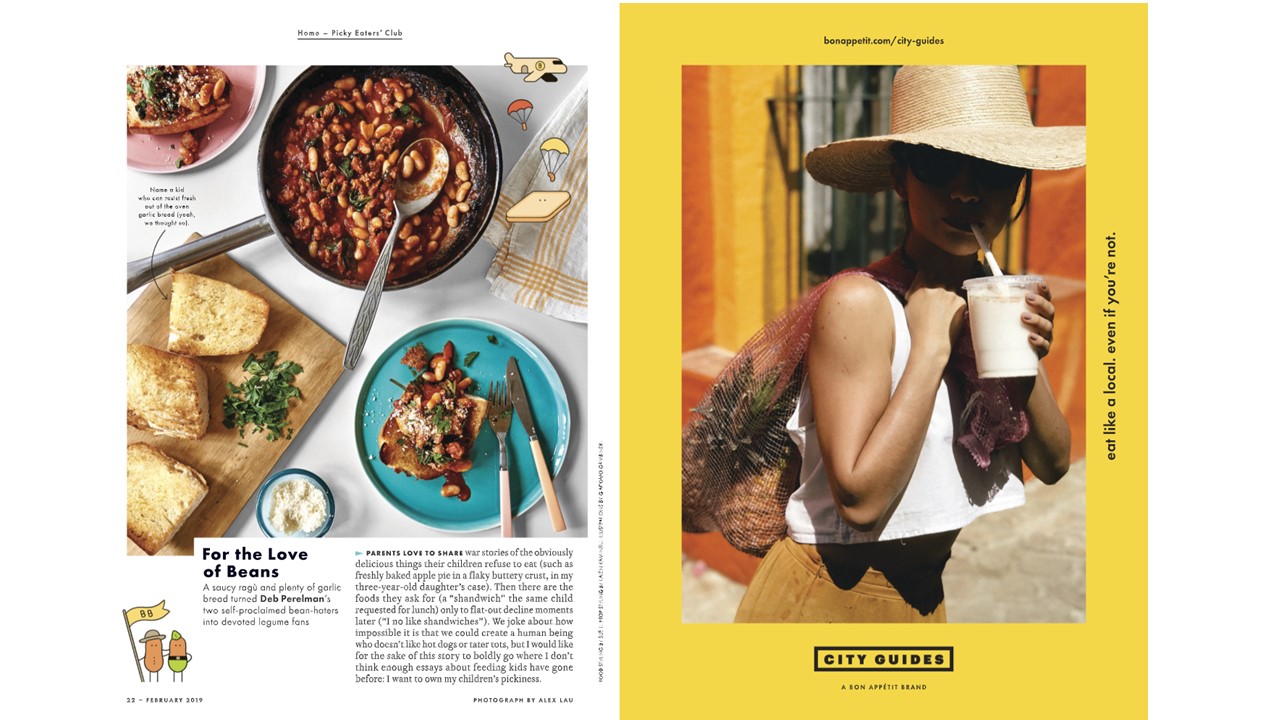 This magazine also showcases a lot of advertisements, designating a whole page to one advertisement. Thus, I am guessing that they are selective in choosing their advertisement and the way they placed in the magazine in alignment with the images of their food recipes. Therefore, color is also used to make that distinction in the content that is presented. 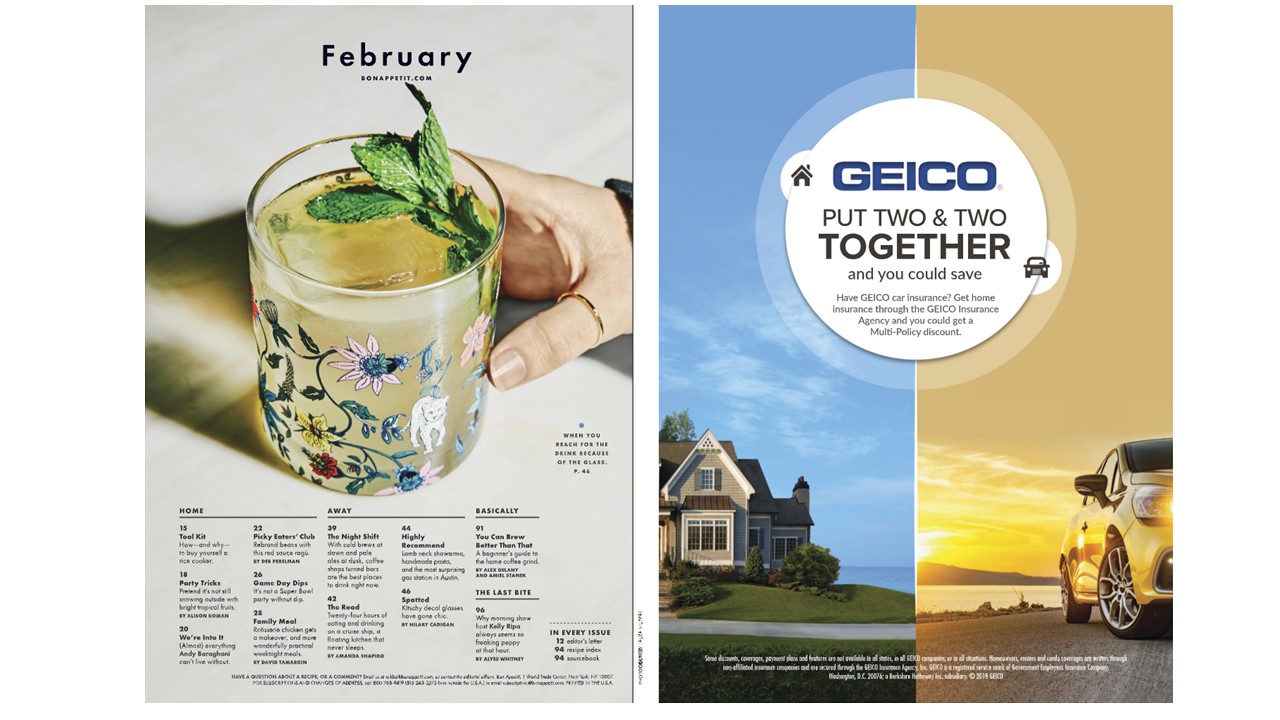 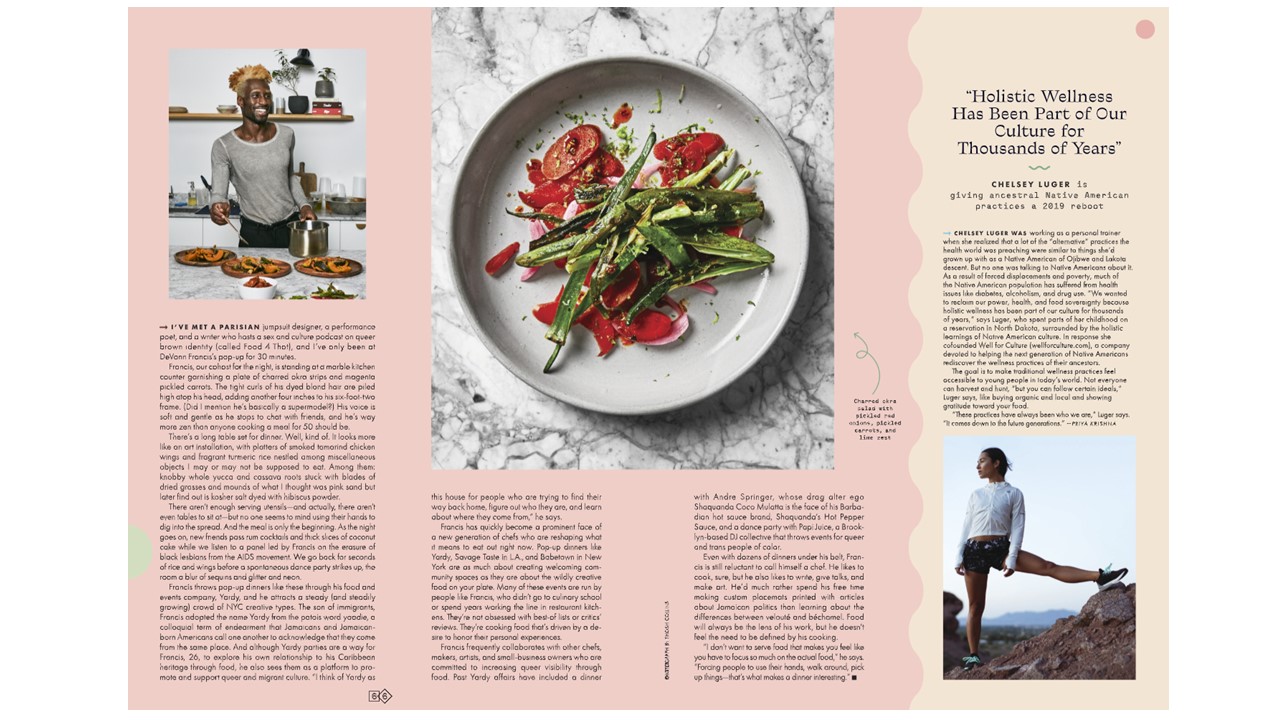 This magazine has a lot of choreographed photography, which gives them the ability to control the colors that participate in an image. Now it’s obvious they can not control the colors in the food or the drink, but they control the color of the surroundings, things in the background and foreground of the images and the accessories. What I mean is the whole scene in which that food or drink is photographed in. 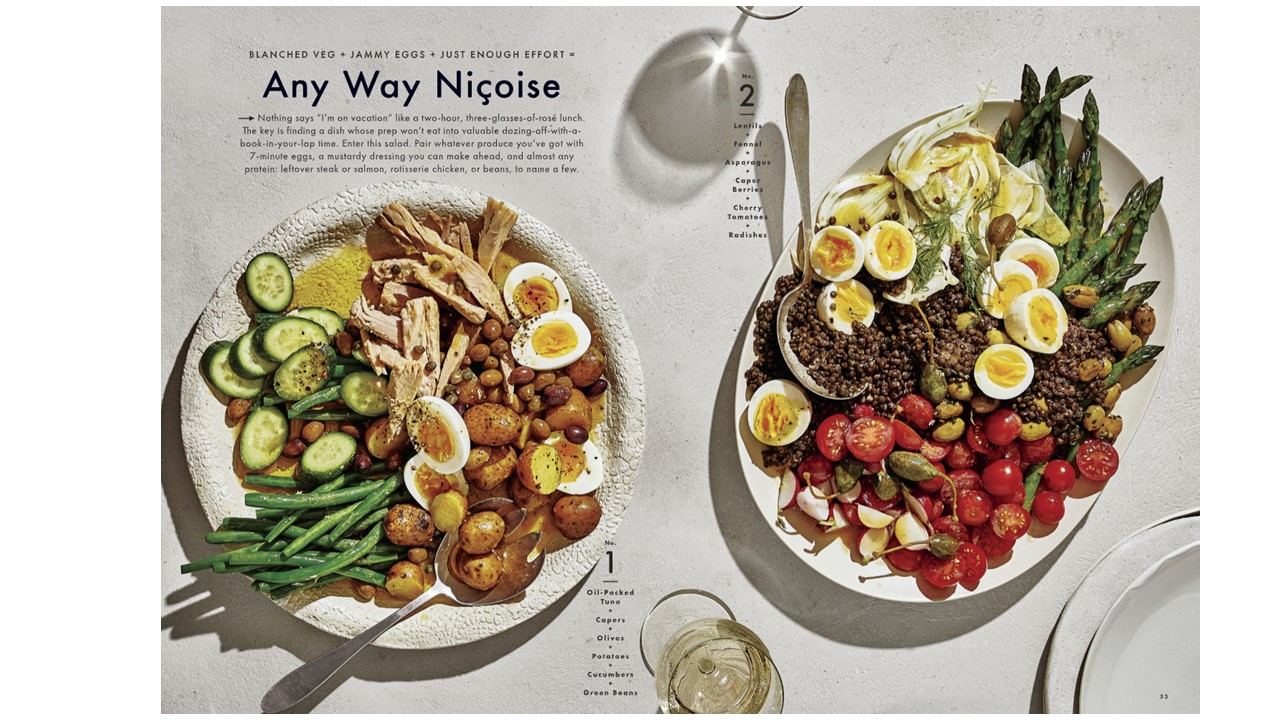 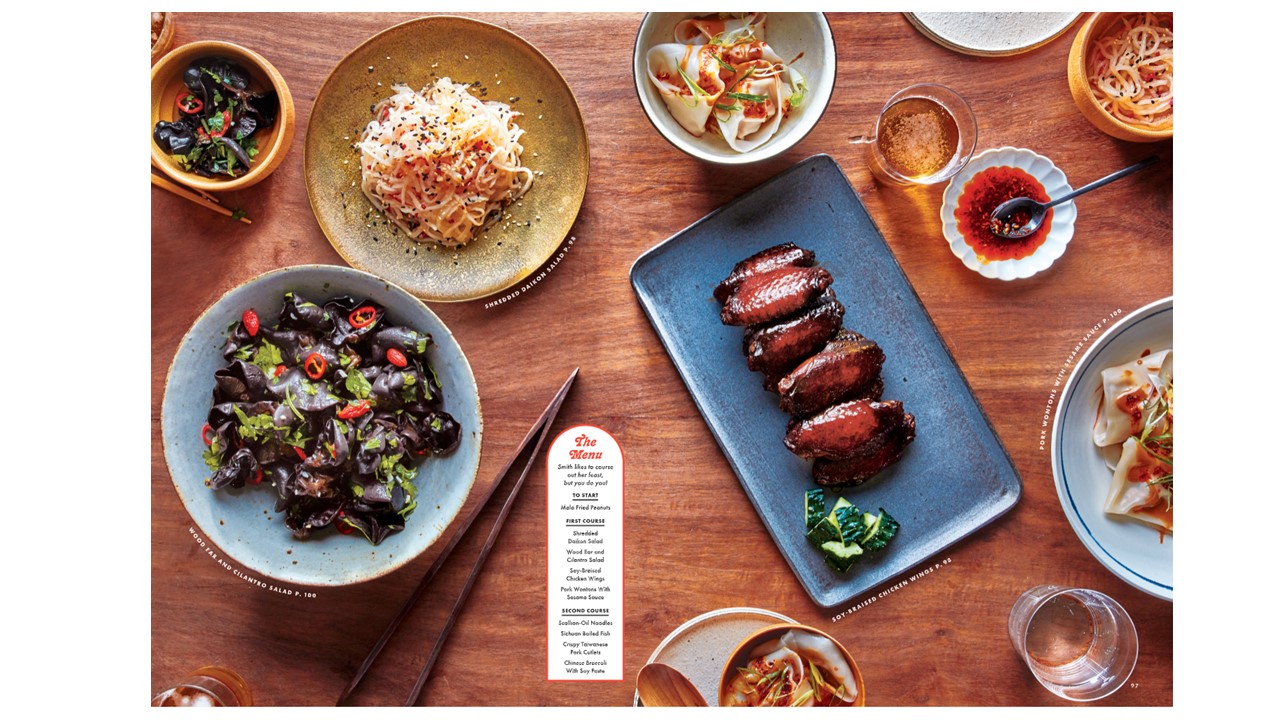 The magazine such as bon appétit does not use loud color schemes since they want to depict the content of the food/drink showcased, with utmost clarity without any distractions. They use a lot of light and pastel shades which contributes to the minimal aesthetics followed throughout the magazine.

Additionally, I think the colors contribute to maintaining the freshness and the tempt that is created from the images of the food, drinks and lifestyle tips. This is achieved by using one single shade of color and less or rather no mix match of colors, not even in terms of different hues of the same shade. This preservation of the genuinity of the colors is what makes every issue so persuasive and immersive. 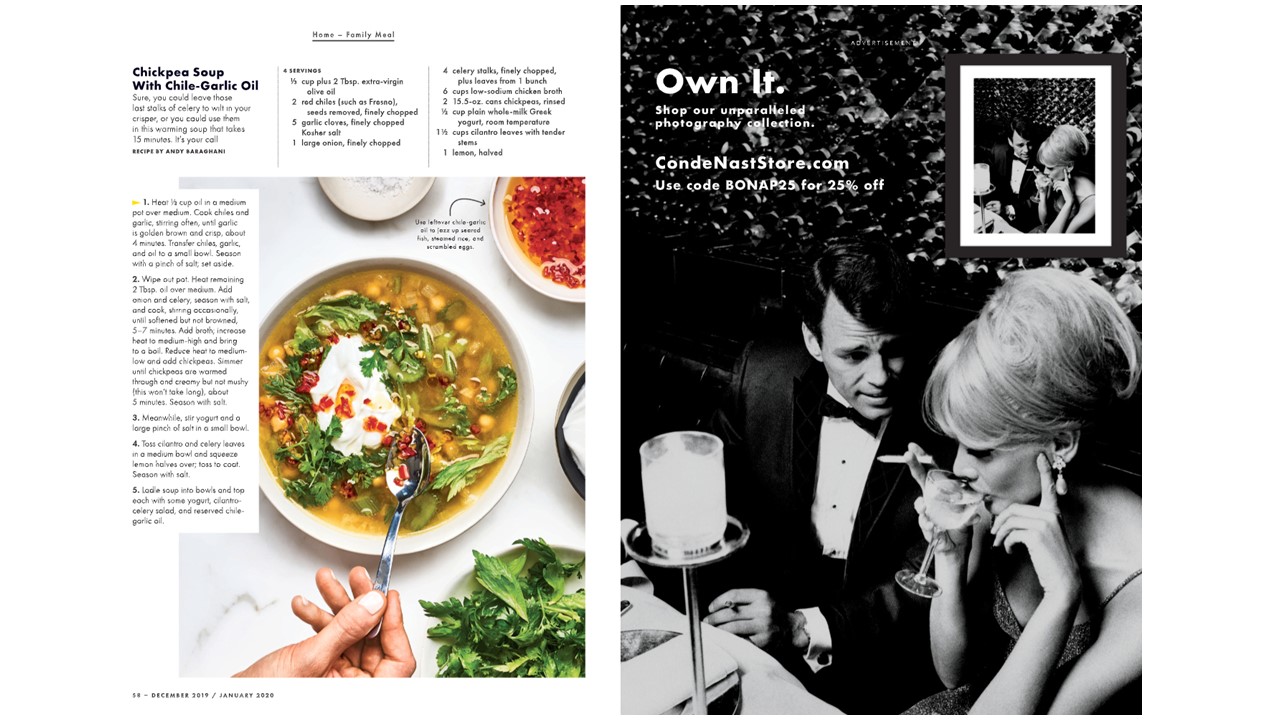 Use of contrasting imagery styles and color schemes.

The colors used for bodycopy, neckline, and even headlines are usually black unless the cover story of the issue where everything is designed differently than the usual sections in the magazine. The cutlines are usually placed on the images with certain kinds of arrow or rule directing the readers to them and that text is usually color in contrast to the full bleed image or sometimes in contrast to the background color o that image/visual element.

Concluding, I think color plays a vital role in the experience of reading a magazine. With the digital versions available, as designers, I think we must be more careful about the use of color and not overdo it or go for a cliché color scheme. The magazine does a very interesting job with the selection and placement of colors.