Since I wasn’t able to find an official color guide for bon appétit, I decided to look at three issues to try to figure out how they approached color and why. 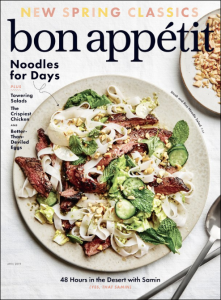 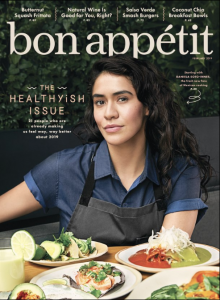 What I found is that for the most part, the designers at the magazine used a full spectrum color palette and focused on specific groups of colors depending on the particular time of year. For instance, for the April issue, there was an increased use of bright, saturated colors and even pastels which I believe to be because of April being the month of Springtime. Whereas, in comparison to the February 2019 issue, which was still technically a Winter issue where the colors were more muted and dark. The covers are a good indication of this.

Other uses of color which were consistent were the colors of sigs, bugs, highlights, rules and such furniture elements. Of course, these were matched with the imagery but they were generally, black, yellow, reddish, green or blue. 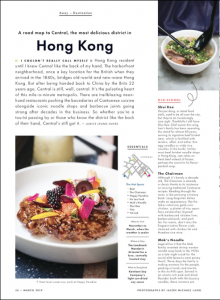 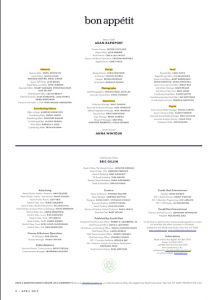 As you can see, this is done to create hierarchy among the different pieces of text or to draw attention to a particular element on the page that it important.

I also noticed that the “Away” section of each issue featured tinted pages. No other section of the magazine or pages (aside from advertisements) exist on colored pages but those in the “Away” section. Here, the designers make use of blocks of color and other shapes to add interest behind the text. 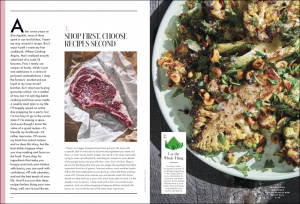 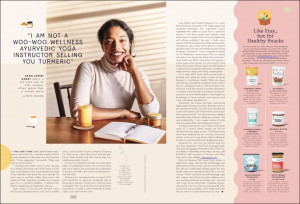 Spread from the 2019 February issue.

In the 2019 February and March issues, a prominent color was a shade of pink.