Along with highlighting graphical elements in my previous post, there is a consistency in the textual elements as well. To begin with, the headline is the textual element that has the maximum line weight followed by the deck line, which is less bold, but they make sure to highlight the name of the chef of the recipe showcased. They make sure to give a distinct space to give photo credits which are usually at the bottom right-hand side of the and the name is repeated in the deck line as well where it is bolder.

With being specific about photo credits the folio of the magazine that is page number-month issue is what comes on the bottom left of the page. Generally, the folio and the photo credits are kept in horizontal alignment filling both corners of each page. The top of the page has the section name written at the center of the page, which is underlined and, in this manner, they separate the section name from the page number-monthly issue when it comes to folio representation by the magazine.

As mentioned, a lot of line type graphic is used for making rules and column grid distinctions. The first line of every article begins with a dingbat (a triangle) and the first few words are all in uppercase and bold.

Another interesting aspect is that the magazine uses many cut lines near their images. Most of the time these cut lines are succinct and talk about a tip or a piece of advice the chef would give the readers or the readers that attempt the recipe covered. I think this is interesting since I have seen many magazines with cut lines that is either a description of the image of a cutline from the article written, thus I think this is very unique to a magazine such as bon appétit and it is also a strategy I would like to implement for my magazine prototype. 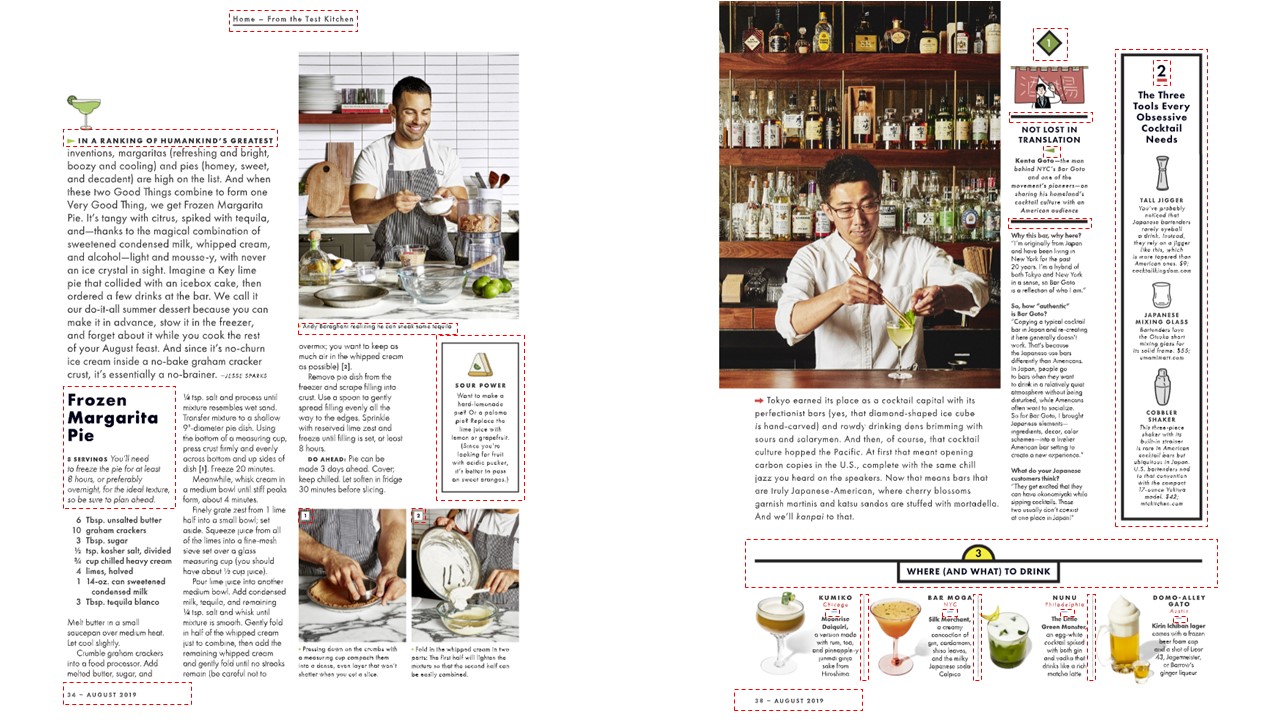