As a magazine that prides itself on educating its audience on new restaurants, up-and-coming chefs, recipes, trends and other foodie related things, bon appétit does a good job with the visuals that are paired with the articles. Image use will be broken into three categories for analysis. 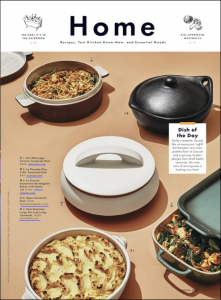 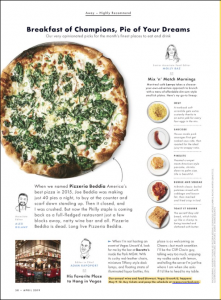 On the left, in the 2019 March issue, you can observe the illustrations as are typical on the top, anchoring the section heads.

On the right, you can see the plain line drawings of contributors. 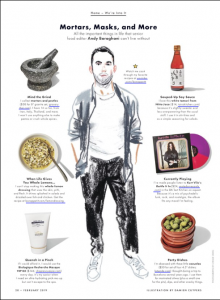 Page from the 2019 February issue. 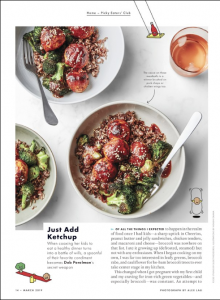 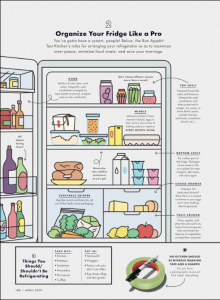 Graphic
These aren’t really used in bon appétit aside from the lines and elements that may be considered as graphics. Mainly, these are used in type treatment for article headlines. The type is usually highly stylized with strokes, lines or other graphic elements and may also be place behind other images. An example of that may be found below. 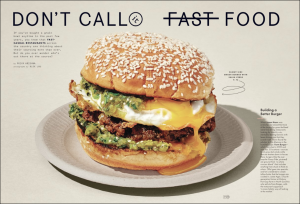 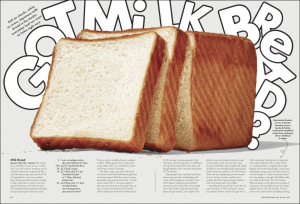 By far, photos dominate the magazine with many of them being used throughout. They range in sizes from very small to full spreads (which occasionally even appear vertically), and can be regular block images or cut out from their backgrounds. They mostly feature foods, but sometimes include people and animals. Images cut out from their backgrounds generally have shadows added. Sometimes, illustrations are placed within the photos. Text and arrows are typically included to provide context, credit the photographer and to add other bits of information like quotes or recipes. This text is put into a text box with a solid background, skewed around the object or placed as a block of text in an inversed color. Some examples were added below. 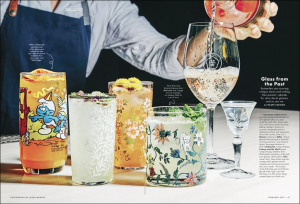 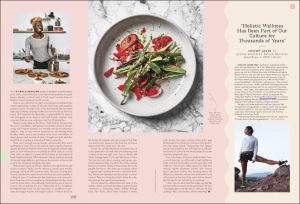 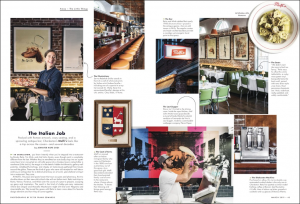 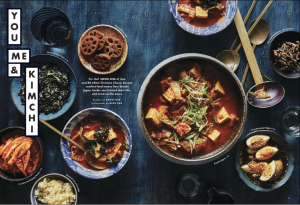 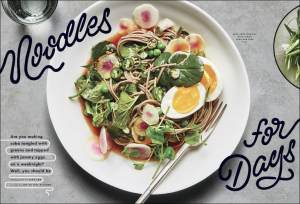 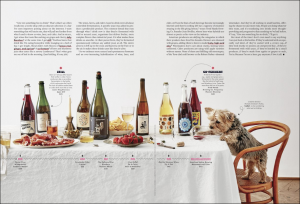