Name of the Magazine:

The name of the magazine is called Sports Illustrated. Its a pretty straight forward name. “Illustrated” indicates that the magazine is an illustration emphasized magazine, so “Sports Illustrated” can be understood by the audience as a magazine that aims to tell sports stories and news in a visual way. As we scroll through the magazine, we can see that the magazine indeed includes a lot of visual variety, with photos and illustrations occupying at least 1/3 of each page. The typeface that is always used for the name tag is Atenna Srif, a formal roundish typeface that conveys formality and credibility. It tells us that this magazine is approaching sports news from critical  and professional perspectives instead of entertainment wise. 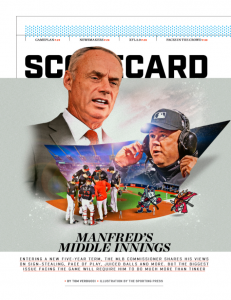 Pull quotes are always attributed in Sports Illustrated. They are usually in all upper case, with a relatively smaller attribution in red right below the quote. All quotes in this issue of sports illustration remains in the same style. 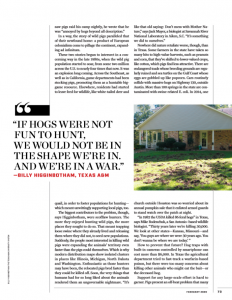 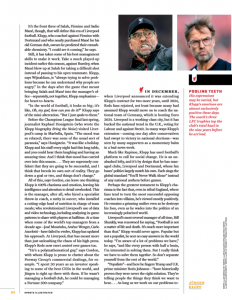