Publico seems to be pretty straight forward with their headlines. They don’t use much winding headlines, but rather the conventional rectangular text box above the story. Their pull quotes are also pretty traditional. They tend to be a colored, but there isn’t much different elements besides color and size. I think this could be because the publication works under one typeface. But this conveys a classic look for the newspaper. They don’t stray too far off the edge and provide a consistent look.

I love the way they caption some photos. In the photo below of president Obama, the photo caption is a white text box with red text. I think this is great way to do this. Instead of a black text below the image, this provides another element to their design element. They do the same for other pictures that I’ve seen and I think it works well especially because the white from the text box’s background bleeds outside of the image. I think this connects the image to the rest of the page and works well. it stands out without distracting the viewer from the res tot the page- a specifically subtle. 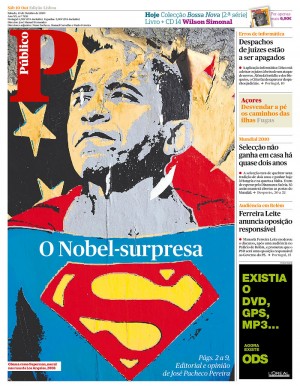 I found it interesting that the front page does not feature any bylines on for the stories. I think it’s especially interesting because bylines are featured on the main page of their website. But I noticed that there is a space there. It makes me think that there is supposed to be a byline there but it is was just skipped over.