The Nation uses a lot of illustrations and graphics and not a lot of photographs. Although they mostly use illustrations, the magazine is not visual-heavy. In fact, images take a back seat to words, with some pages containing no images or small images. Images are used more in feature stories than in front of book pieces, which use more graphics and illustrations. 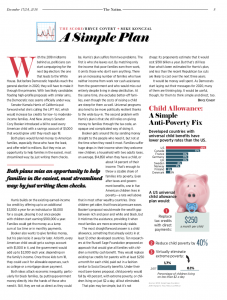 These illustrations have a common feel issue to issue. They often look like drawings and only contain a few colors. The infographic is only used in the front of the magazine for one article and varies in format each issue. These usually take up about 20 percent of the page and draw the reader in. 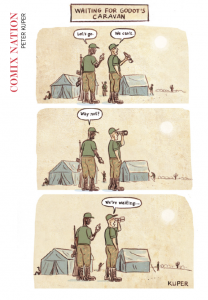 Some of the columnists have actual photographs, and the picture is cropped into a circle. These are small and placed within the columns. Some of the columns include illustrations that demonstrate a point the author is making. Some common color schemes for the front of book include red, blue, black and white. These images are usually passive. Type is not placed on these images. Many don’t need captions, and if they do, they’re placed alongside the image. The images in this section tend to be medium and tight. 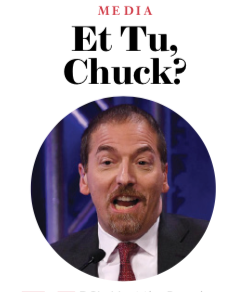 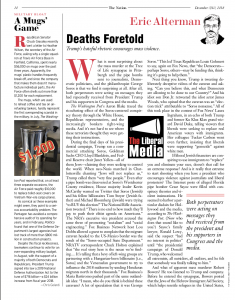 For the well stories, images usually start the story and are placed at the top of the page with the headline under the picture. Since The Nation is a political magazine, many of the images are of political figures. Most of the pictures contain people. Two or three more images accompany the main photo at the beginning and are spread throughout the article. These images are usually active, showing candid people in action. These images are placed in the left or right columns, and sometimes a small picture is in the gutter between the columns. Type is not placed on these images. A caption sits outside of the image. The images for the feature stories tend to be wide shots. 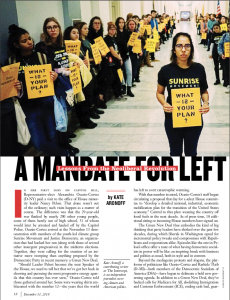 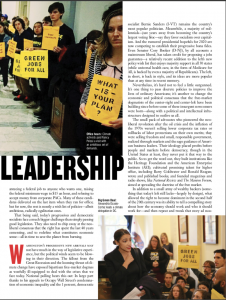 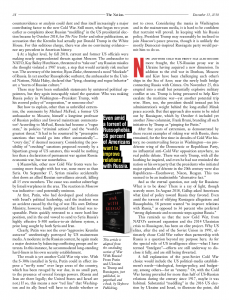 When I first started to evaluate The Nation’s use of images, I thought that they lacked visual balance compared to text. However, after going through all the elements, I can conclude that their visual choices fit their theme and overall identity for the magazine. Each image is carefully placed to emphasize the words, careful not to take away from the article. The images are intentional and show people, which is important to the goal of the magazine. The colors are purposely more neutral to emphasize the words more. Overall, I think their approach to images is intentional and purposeful.