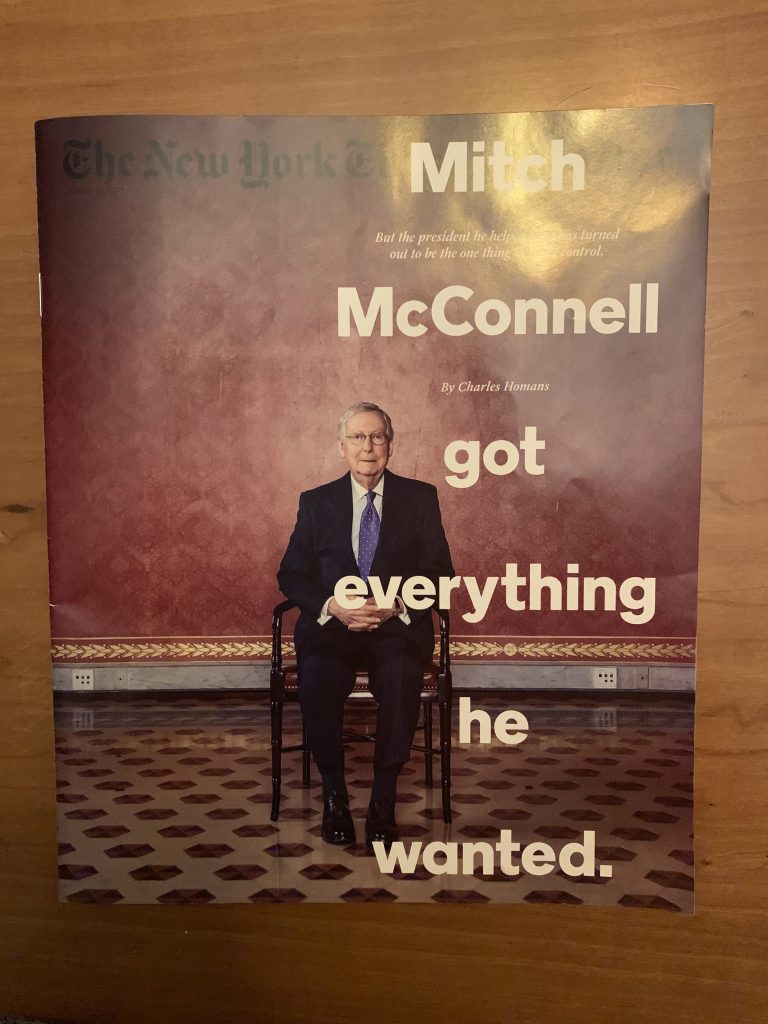 The New York Times Magazine is a weekly magazine supplement included with The New York Times Sunday edition. The first issue was published as a broadsheet on Sept. 6, 1896, 122 years ago. Eventually, the magazine shifted to a more traditional print magazine format, and currently measures 8.9375 by 10.875 inches. This slightly smaller page size is designed to fit into the fold of the newspaper’s broadsheet to prevent creases to the pages. Its smaller size, when compared to similar magazines, makes sense because it is meant to be a supplement to the newspaper’s hefty Sunday edition. The magazine averages 60 pages with limited advertisements, as its glossy pages are reserved for its standard-setting art directed photography and experimental typography. The newspaper’s grid limitations are absent in the magazine, allowing the designers to push the boundaries of what’s expected of a newspaper supplement, putting The New York Times Magazine in a league of its own.

From the beginning, the magazine has defied the rules of newspaper design. For example, its first issue had the first photographs ever printed in the newspaper. The magazine continued to defy the rules when The NYT owner Adolph Ochs banned fiction, comic strips and gossip columns from the newspaper, the magazine found a way to adapt these beloved pieces into useful elements. Now, the magazine publishes approximately 14 stories weekly on topics ranging from from poetry to fashion to politics. It also features a Sunday version of The New York Times famous crossword puzzle. The magazine covers subjects as diverse as its newspaper counterpart. With these wise choices, the magazine’s circulation has grown to 1,623,697. 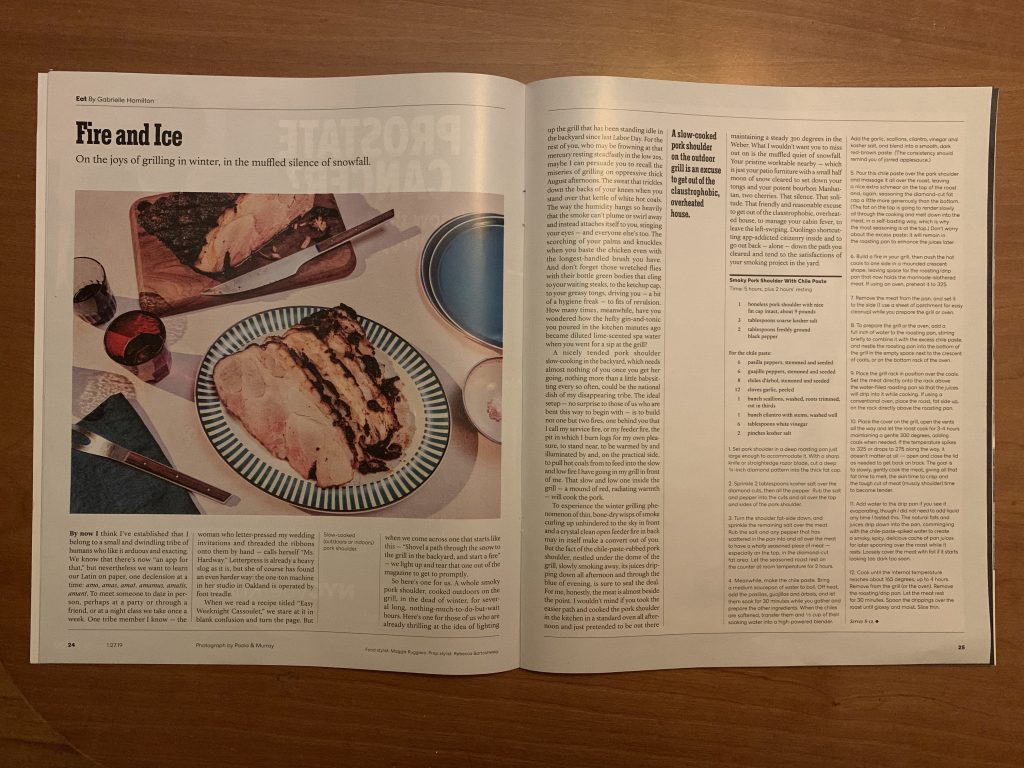 The magazine has left and right margins measuring 0.5 inches and top and bottom margins measuring 0.75 inches. According to The New York Times media kit, the magazine uses a three column grid. The grid is likely subdivided into more than that though because normal stories, not feature stories, use a three column grid with a thinner column with captions and sidebar text. The text columns measure 2.2 inches wide, while the thinner caption and pull quote columns measure 1 inch wide.The gutters measure 0.15 inches wide. For feature stories, the text columns are on a two column grid and measure 3.10 inches with a 0.15 inch gutter. 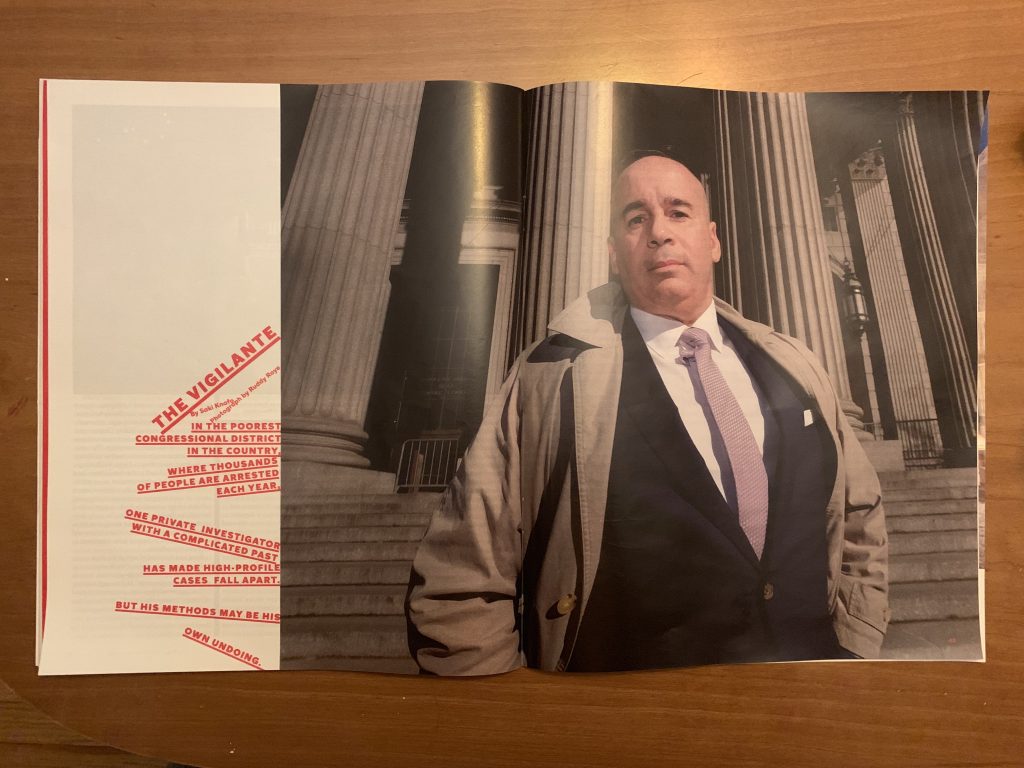