Nameplates: the name of the newspaper as it’s displayed on Page One. 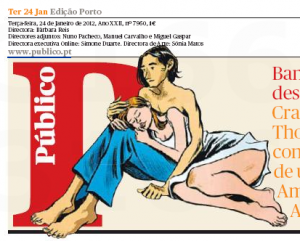 Público’s nameplate remains the same color and size from day to day. Even though it’s a rather bold nameplate, it doesn’t define the design of the page. It is often partially obscured by cutouts and teases.

Teasers & promos: an eye-catching graphic element, on Page One or section fronts, that promotes an item inside.

Público typically runs their teases across the top of Page One to the right of the nameplate. They usually consist of a short headline in red and deck in orange. The use of photos helps balance out the text of the teases. 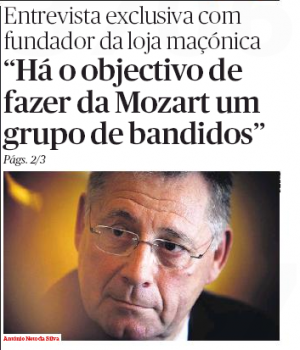 There are also teases that run for larger stories. These usually include a photo and run a few columns wide on Page One. This helps in highlighting which stories are most important.

Rules: a printing term for a straight line. 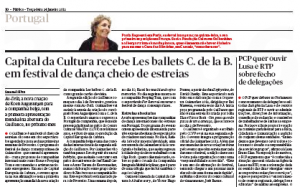 Section flags: a display used to indicate a specific section of the paper.

Público has a pretty simple style when it comes to their section flags. The start of each section has the flag run large on the left. Every other page in the section runs the same flag in a smaller font. Because of the space the flags are given, there is no confusion in what section of the paper a story is in.

Logos/sigs/bugs: a small standing head that labels a regularly appearing column or feature. 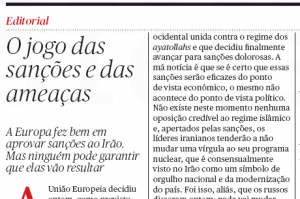 The sigs in Público run in red in a row above the story. The sig is separated from the story by a dotted line. This creates continuity with the section flags by using text and rules together.

The bylines in Público run very similar to the section flags and sigs to create even more consistency in design. The byline is slightly bolded and placed between two rules at the beginning of the story.

Folios: type at the top of an inside page giving the newspaper’s name, date and page number.

Público runs their folios at the top right or left of each page, depending on the page number. The page number, name of the paper and date are all separated by bullet points. The design is clean and simple in keeping with the rest of the paper’s design.

Público indicates continuations with an arrow, a key word and a page number. It’s very successful in directing the reader to another page, even though it does so by only using the image of the arrow. 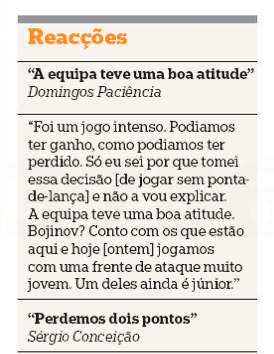 Sidebars in Público run in a light gray box with a headline the same color orange as in the teases. The sidebar is just different enough to differentiate it from the rest of the story, but the style still fits with the paper.

Pull quotes: a graphic treatment of a quotation taken from a story, often using bold or italic type, rules or screens. 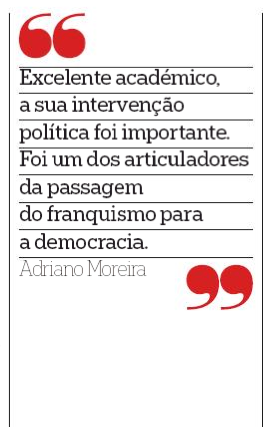 Pull quotes in Público reflect an almost magazine style, but still are in keeping with the design of the paper. The are pulled out into their own column with white space filling out the remainder of the column. The text runs much larger and is framed at the beginning and end by large quotation marks. In keeping with the design, rules are used in between lines of the pull quote.