The Economist uses kickers that lead into short, pithy headlines about two to five words in length. It doesn’t use summaries, but instead uses succinct decks that are similar in tone to the headlines. Kickers, heads, and decks emphasize analysis over breaking news and give the magazine an intelligent, clever voice.

The magazine doesn’t use pull quotes, probably so editors can pack as many articles in as possible. There’s a feeling of density to the magazine that seems very intentional, as if editors want readers to feel that they are getting the maximum amount of information possible.

Cutlines are short, about two to seven words. Rather than describing and providing details about the content of photos, cutlines in The Economist are though-provoking, analytical or funny. 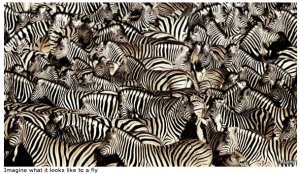 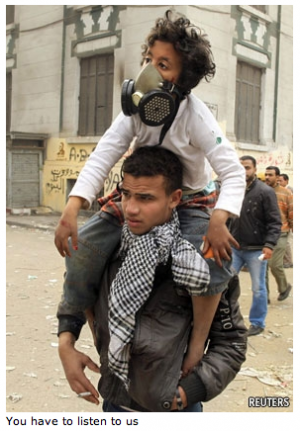 The Economist takes the unusual approach of not using credit lines and bylines for most content. Even columns don’t have bylines, although they are labeled so readers know they are opinion. Only maps and data include sources. This approach emphasizes one standard voice for the magazine rather than the individuality of writers. It also prevents complications when multiple journalists work on a project. The approach is risky, though, as it forces the magazine to take full responsibility for any mistakes, rather than blaming them on individual writers. Still, the approach succeeds in this context, as it gives more importance to datelines.

Promos and refers are similar to other words in The Economist because they are short, but they differ slightly in tone. They tend to be more straightforward and newsy, although they still include the occasional pun.

Section and department names are very straightforward. They include areas of the world, such as “Europe,” and clearly described topics, such as “Science and Technology.” The simple section names balance out the creative word use in headlines. Although entertaining, the headlines don’t always tell you the crux of a story or where it takes place at a quick glance. Therefore, clear section heads are crucial for readers to understand the organization of content in The Economist. If section names were more creative, the magazine would be difficult to navigate.