Hyrule Historia is a very visual-heavy book, with the majority of the pages being covered with some sort of picture. Images, especially illustration, takes up more space than words in the book overall.

The introduction of the first section features a full spread illustration that sets the mood for the rest of the book. 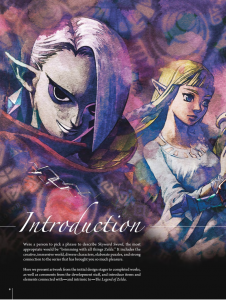 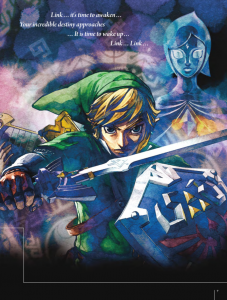 There are no other illustrations like this after. The types of images within the different sections of the book vary in both content and style due to the artistic changes throughout the different games in the franchise. Some are more cartoony and colorful, while others are semirealistic and grittier. 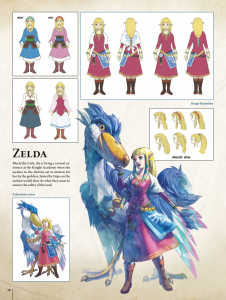 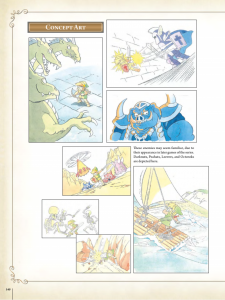 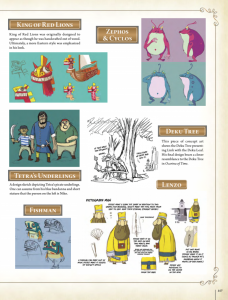 Concept art in every section is contained in rectangles as well. These illustrations depict both design sketches of characters and locations, and concepts for iconic scenes within games. 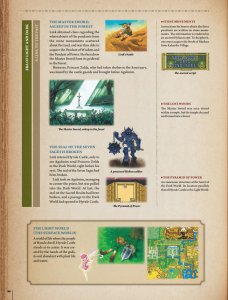 Aside from illustration, there are often screenshots from gameplay and in-game cutscents, particularly in the timeline section of the book. These are also usually contained in squares/rectangular shapes, though that’s mainly due to the nature of the games themselves.